0 Kommentare August 28, 2018 by Maike
Hey, guys! Just a heads up: The linked offer is already a bit older and the price of the gadget might have changed or it might not be available anymore.

This mini beamer from China comes from the manufacturer INOVEL, a company of the “Xiaomi Eco System”. The INOVEL Mini Projector is similar to the Xiaomi Mijia Projector, and comes with the MIUI operating system. 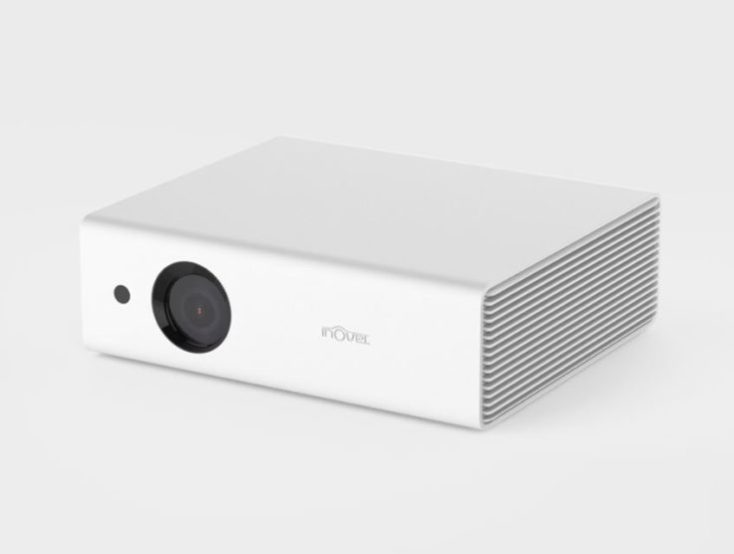 New Xiaomi projector? Not quite

The Chinashops are still a bit stingy with numbers, and even on youpin.mi.com information is rare. The seller on AliExpress gives a few more numbers – among other things about contrast and power consumption – but we are still sceptical, because they like to invent numbers there. So far it looks as if the INOVEL beamer is almost identical to the Mijia Projector. Processor and graphics chip are the same, there is 16 GB memory in the device and the Xiaomi operating system.

However, it is not a Xiaomi device, as the Chinashops have already mentioned. Banggood, who listed the beamer first, write it far down in the description, but at least. However, it is clear that a cooperation with Xiaomi took place here. One could go so far as to say that the virtually identical beamer is sold here under a different brand and in a different form.

The similarities do not end with the hardware already mentioned, the other data are also similar. This is also an LED beamer with DLP technology. The maximum resolution is Full HD; where 4K videos can be played. The LEDs come from Osram again, which one never gets tired of mentioning in the description. The fact that individual components come from Germany is still a sign of quality in China. 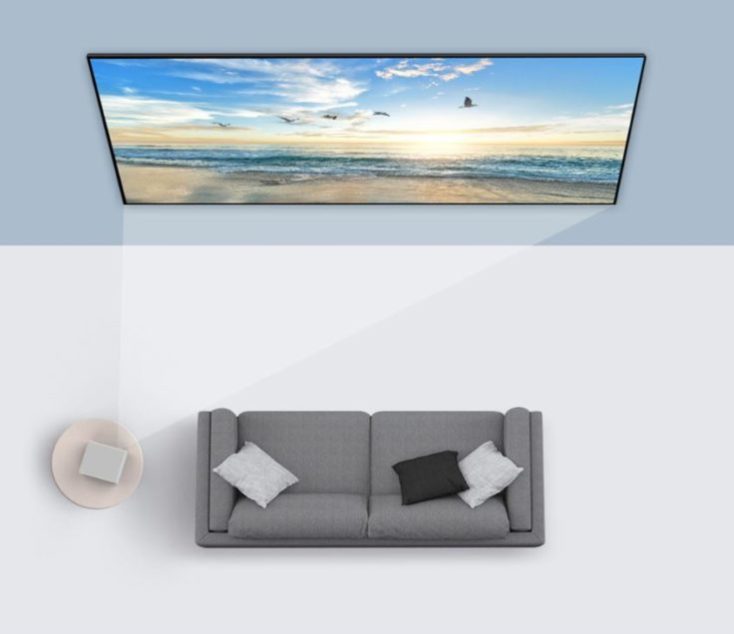 One difference is the indicated brightness of 1100 lumen compared to 800 lumen for the Mijia. If this is true, then the INOVEL should offer a slightly brighter image, which would be almost negligible given the already sufficiently good brightness of the Mijia.

What is particularly interesting, however, is that this beamer should also have an autofocus and auto keystone correction, i.e. adjust the image automatically to the wall.

The sound is provided by two 3 W speakers with graph drivers.

But what makes the comparison so obvious is the operating system MIUI TV, which is installed on the INOVEL Mini Projector. We already know this from the two Xiaomi beamers. By default it is completely in Chinese, but it is again possible to change the language at least to English. All the additional menu items have again been developed exclusively for the Chinese market. 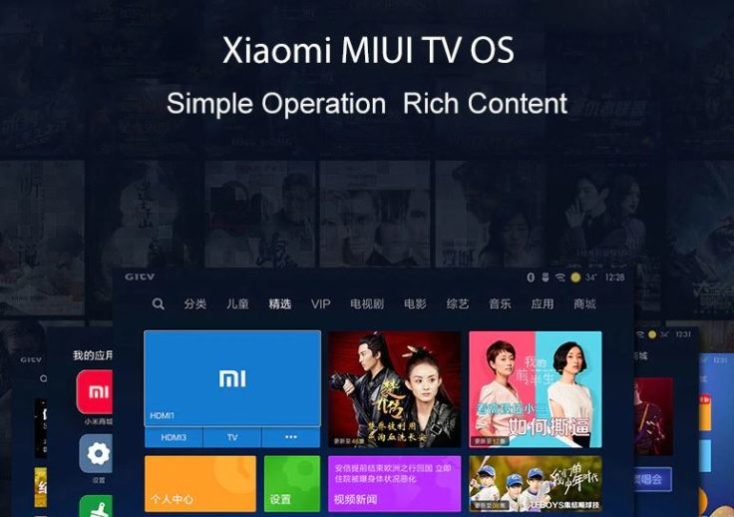 Here you can also install other apps, but it is easier to connect an external device again. For this purpose, there is an HDMI 2.0 connector on the rear panel. We also have two USB ports (2.0 and 3.0) and an AUX output, as well as a connector for the power supply. 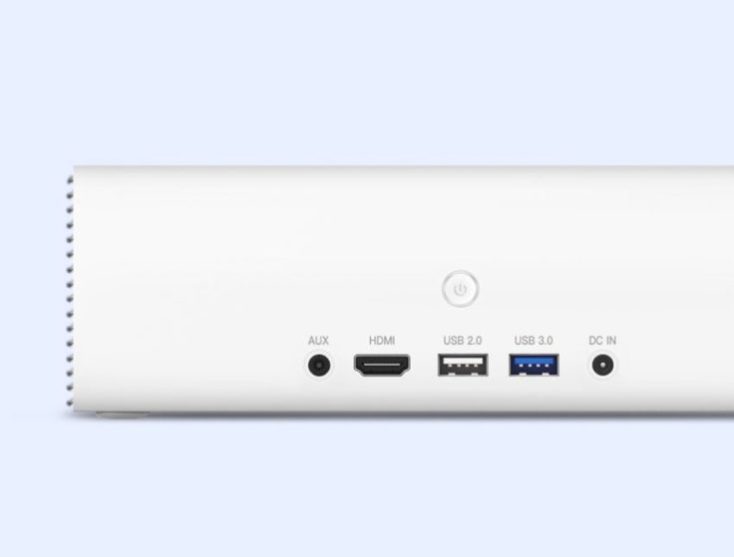 If you already own the Xiaomi Mijia Projector or plan to buy it, you won’t really be able to use it. They are almost identical projectors, whereby the INOVEL Mini Projector has a slightly higher brightness and seems to be a bit cheaper, but has weaker speakers. If in doubt, I would tend towards the Xiaomi original, but what do you think?