0 Kommentare August 31, 2019 by Maike
Hey, guys! Just a heads up: The linked offer is already a bit older and the price of the gadget might have changed or it might not be available anymore.

Even though there are already several 360° cameras on the market, with the Insta360 One X we had the feeling for the first time that this potential had been fully exploited. Now, despite its name, the manufacturer is releasing a “normal” action cam that can be positioned almost anywhere due to its size. Curtain up for the Insta360 Go! 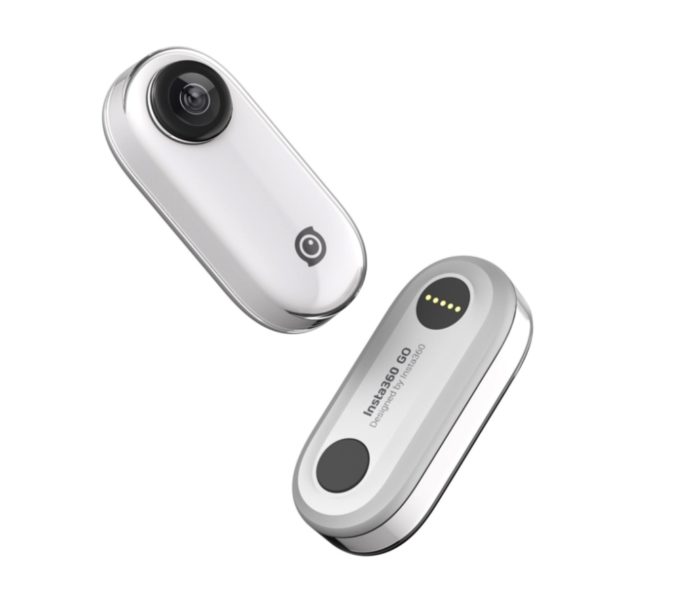 Technical data of the Insta360 Go

Unlike the One X, the Go is not a 360° camera, so there is only one lens on the front. Under the Fish-Eye lens there seems to be a status LED and the Insta360 logo. But there is no display – a feature you might expect from such an expensive camera. Of course, its lack is also due to its size. On the back there is only one magnet and five gold contacts. 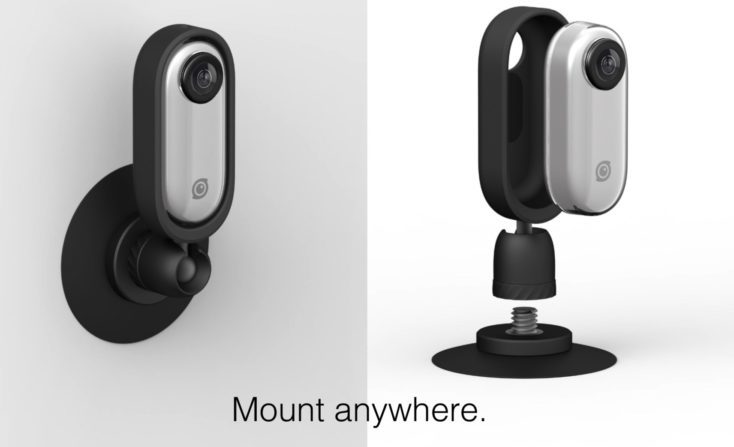 Size is an important feature of the Insta360 Go. The camera is hardly bigger than the thumb on your left hand. This makes it much more flexible in the field and it doesn’t attract as much attention as a DJI Osmo Action Cam, for example. 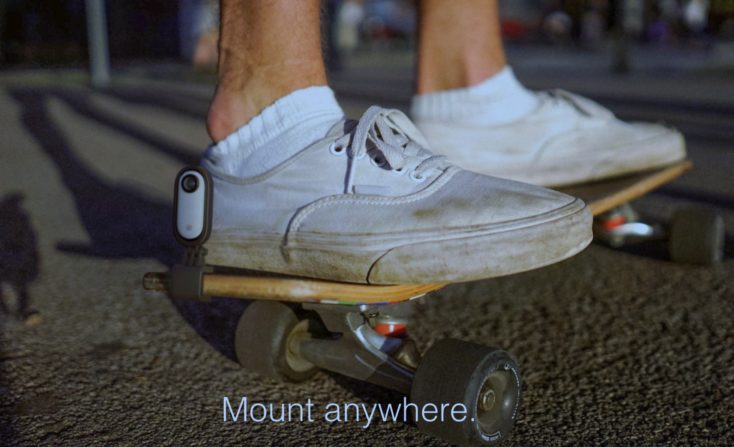 The motto “Mount anywhere” is particularly important here. The magnet on the back makes it easy to attach the camera to the white clip. But there are also other mounts, for example a suction cup or the magnetic chain. You can easily attach the Insta360 Go to your T-shirt by wearing the chain around your neck. This should make it possible for Creator to use the Action Cam in everyday life, during sports or when travelling. 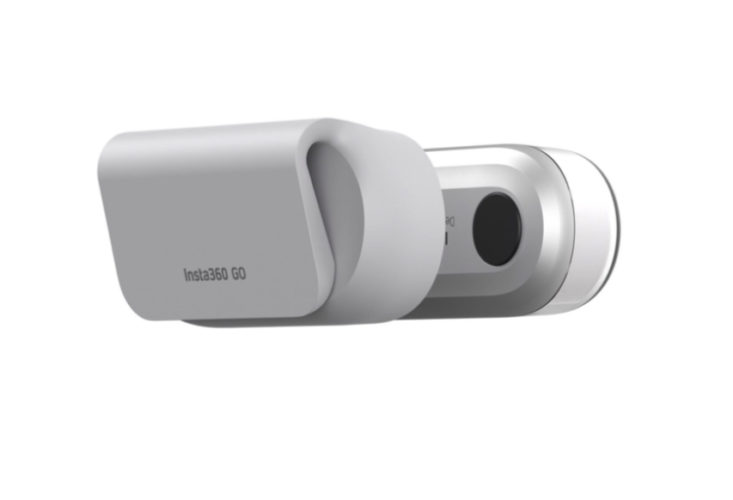 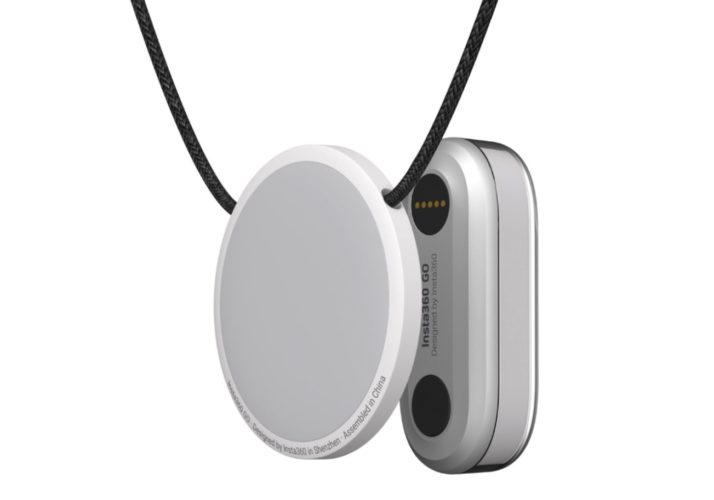 Is the 1080p resolution enough?

The 1080p resolution of the Insta360 Go Action Cam is almost too low by 2019, 4K has also long since established itself as the standard for Action Cams. Due to the small size, this compromise had to be made, but fortunately Full HD resolution is still acceptable. The maximum recording time is only 30 seconds. Like the camera, the functionality is also somewhat reduced. The operation is done via a button, thus the QuickCapture mode can be triggered. A double or triple click can apparently be freely assigned, for example with the timelapse function. 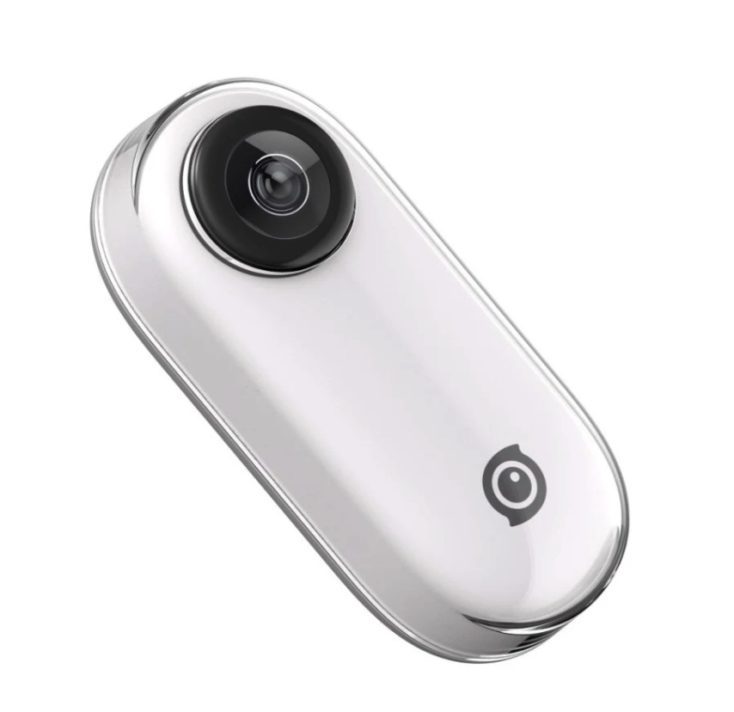 Slow-motion shots are also supported, but at 120 fps you have to be satisfied with a 720p resolution. In order to avoid blurred videos, the Chinese manufacturer relies on its FlowState video stabilization.

Connect the Ladecase camera directly to your mobile phone

What made the Insta360 One X so special was not only the camera itself, but also the app. This is also true for the cheap Go, the manufacturer promises that the app will automatically cut the videos. Of course, this can’t necessarily replace a real cut, but it should be sufficient for short videos for social media.

Speaking of connection with the app. This is not only done via Bluetooth 5, but also via the Ladecase. This reminds a bit of a charging case from the Redmi AirDots for example, but it is connected directly to the smartphone, but via a Lightning connection. This gives you quick access to your recordings, you can sort them out and download them to your smartphone, in this case iPhone.

In addition to the Insta360 Go camera, the scope of delivery includes the loading case, the white clip mount as well as the suction cup mount, a micro USB to USB C adapter, a USB cable and the chain. We think it’s cool that you get all the accessories for the price!

The Insta360 Go is already very interesting, but the ONE X has raised our expectations a bit. The fact that you can “only” record in 1080p is a bit annoying in theory, but in practice 4K hasn’t yet established itself in many areas anyway. More annoying in our eyes is that you can only record slow motion in 720p. However, for many people an ordinary action cam is certainly small enough. Would you be interested in a review or don’t you see any sense in such a camera?