0 Kommentare October 25, 2019by Jens
Hey, guys! Just a heads up: The linked offer is already a bit older and the price of the gadget might have changed or it might not be available anymore.

It has been eleven years since Tony Stark built the first prototype of the Ironman armor in a cave in Afghanistan. On 26 April, Avenger: Endgame, the preliminary finale of the MCU, consisting of over 20 films, will be released in American cinemas. This replica of the first Arc Reactor from the first film is an opportunity to recall the beginnings. This is a kit that comes in several individual parts that need to be assembled first. The heart of the kit is a round circuit board with ten LEDs, which provide the cool glow at the end. A little manual dexterity is needed, but in the end you get a really unique collector’s item that looks good in the showcase. A manual is also included with the set. The individual parts are mostly made of metal, but there are also some plastic parts. 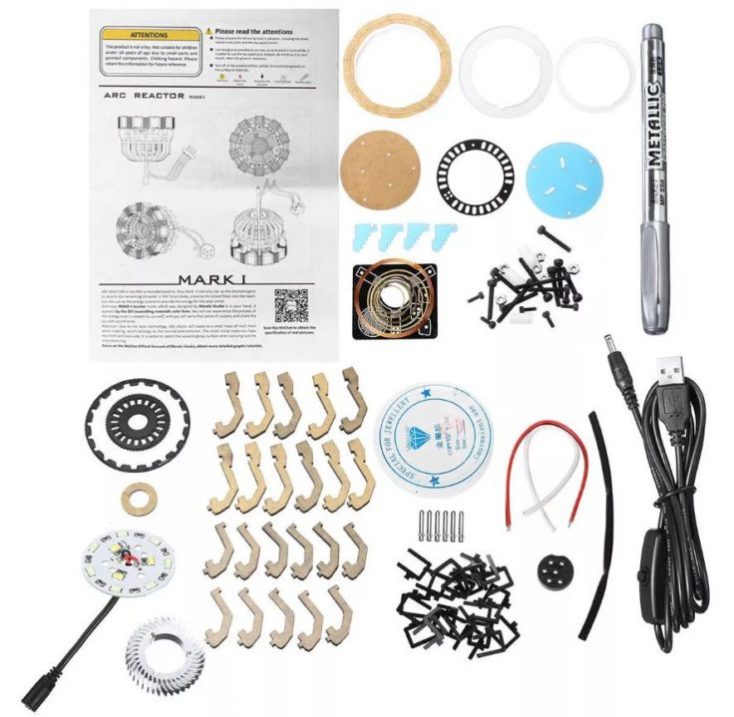 A small remote control is also included as an option. This allows several light modes to be set, for example the light in the “reactor” can also pulsate slowly. Ideas for creative presentations are already shown in some pictures; for example, the reactor can be seen in a small showcase or in the centre console of a car. The glass cabinet shown in the picture can also be bought separately from Banggood (including the holder and the badge), it costs around $45. 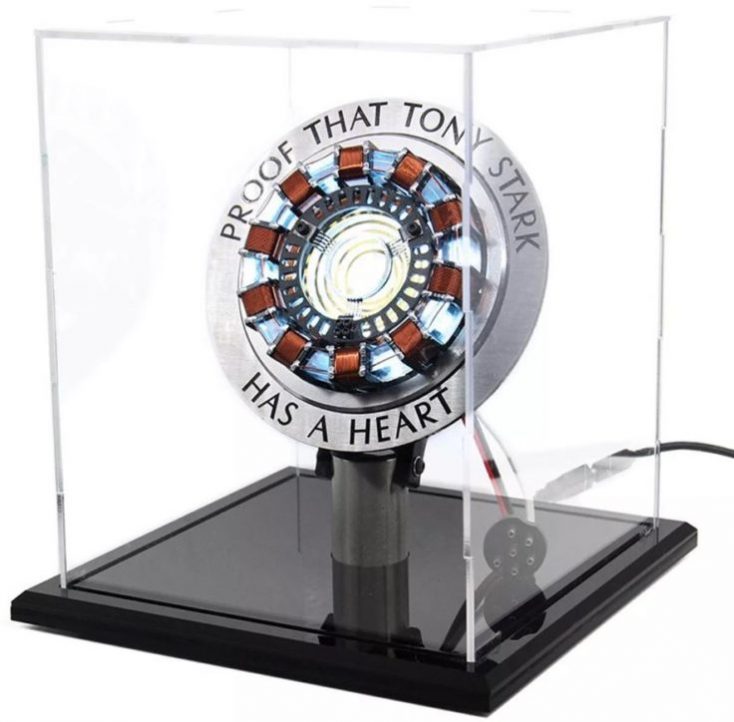 If you have a 3D printer, you can print such a reactor yourself. You can find the template here on Thingiverse. And if that’s not enough, you can print out the whole armor of Iron Man – a real mammoth project.

A nice project, if you are a hobbyist and comic or MCU fan. Do you count yourself among them? And will you see Endgame in the cinema? Let us know in the comments what you think about the Arc Reactor and building it yourself.