0 Kommentare June 20, 2018by Thorben
Hey, guys! Just a heads up: The linked offer is already a bit older and the price of the gadget might have changed or it might not be available anymore. 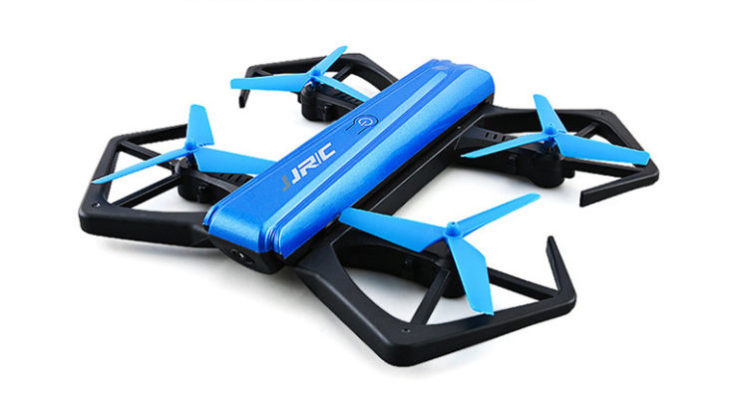 Selfie drones are on the rise

It seems that nowadays every drone manufacturer likes to call their models “selfie drone”. That sounds so beautifully hip and like exciting new technology. I have usually criticized this in the past, and have often pointed out that this unfortunately requires more than just any camera. Photos with most small drones just don’t look picture frame-ready.

Nevertheless – I let myself be told again now – such a drone is a very cool toy, if one does not know the concept yet. Even without a mega-camera you can take pictures from perspectives that are otherwise impossible. I will try not to be too critical. ?

Here, too, the tried and tested way of folding design is used for selfie drones. However, the arms are not bent individually inwards like usual, but the rotors on both sides are folded in to the middle similar to butterfly wings. This does not save as much space, but the drone can be stored more easily. I like the design pretty much when folded out. The drone is very flat, the power button is directly on the top side, the camera is logically in front. The button for folding the rotors in and out is located on the back.

After all, they took a step forward with the camera and installed a 720 p camera. ELFIE, which also originally came from JJRC, still had a resolution of 480 p. Experience has shown that the resolution is more than sufficient for the live image on the smartphone display, and of course there is the JJRC app that makes this possible. Additionally, there should be a so-called “Beauty Mode”, which automatically embellishes your photos. How exactly this is to be implemented and how this improves (or worsens?) the quality of the images, however, has yet to be seen. 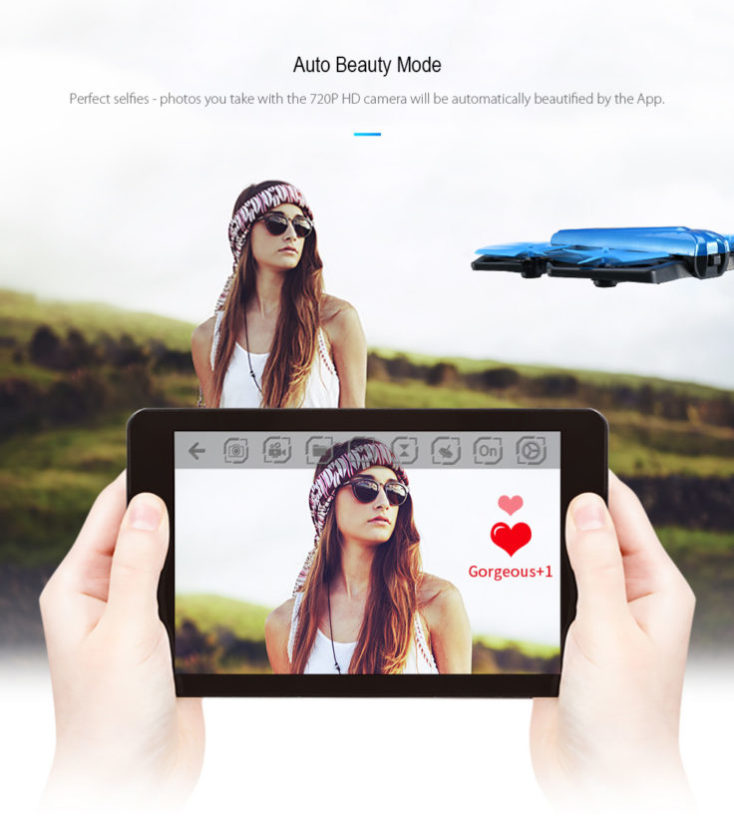 The drone has the altitude hold function, with which it automatically maintains altitude. This helps with the control, which here again is done by smartphone. Together with the inclination sensor of the mobile phone, the drone is probably easy to control. As much as I was disappointed with the camera at ELFIE, I was so satisfied with the controls, and it cannot be assumed that JJRC will suddenly deliver something else here. The Blue Crab can also roll over 360°, and of course the Headless Mode, in which the orientation of the drone does not matter.

Apart from the design there is nothing remarkable about the JJRC H43WH. The big hit for JJRC is also missing here and the “Blue Crab” joins the growing list of selfie drones. At least there is a 720 p camera, but the price is justified. That’s why there’s nothing wrong with it from my side, and as a beginner model it’s always suitable. Before you get DOBBY to take high-resolution photos. ?