0 Kommentare August 15, 2018 by Maike
Hey, guys! Just a heads up: The linked offer is already a bit older and the price of the gadget might have changed or it might not be available anymore.

JJRC is well known as a manufacturer of drones and RC gadgets. With the JJRC R6 CADY WIGI a small robot is available in the shops, which can be controlled with drawn lines in addition to finding out from labyrinths and dance interludes. Here you can read if this one is only suitable for children.

Only something for children?

The first impression that the robot is only for children is definitely not unjustified (even if I ordered it at the age of 25 years), after all, the toy robot with its 23 x 18 x 10 cm really big size has functions that primarily impress children. The robot dances to 3 different songs and can be steered with the supplied remote control.

But there are also a few functions that I personally find very exciting: For example, the 640 g R6 is able to follow drawn lines. These must be black, otherwise the robot will not recognize them. We know this from line-controlled vehicles. In addition, as with the R2, movements can be pre-programmed, which can then be stored and played back at the touch of a button.

The other exciting feature of the robot is finding its way out of labyrinths. This can also be recorded in advance, the R6 will then find out again on command. Definitely a cool function that takes up creativity. Who develops the most complicated labyrinth? ? 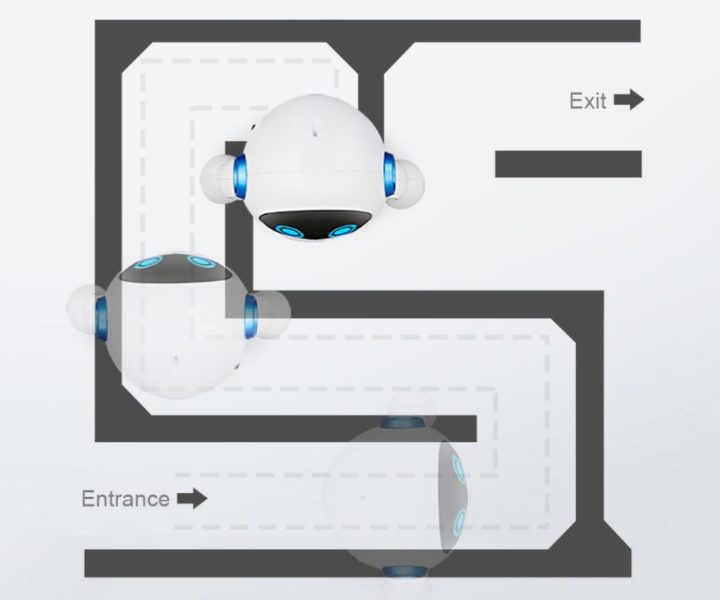 To operate the robot requires two AA batteries, which are not included. I guess most of us still have them flying around somewhere.

Definitely an interesting little robot that should not only be fun for children, but also for adults interested in robotics (even if on a small scale). Let’s hope he doesn’t fall over as easily while driving. What do you think of the little robot?