0 Kommentare August 7, 2018 by Maike
Hey, guys! Just a heads up: The linked offer is already a bit older and the price of the gadget might have changed or it might not be available anymore.

We regularly have remote-controlled cars and drones here. Now we have also launched a boat with the JJRC S1 Pentium. This requires little preparation and no practice, just a sufficiently large water surface. Then it races over the waves with up to 25 km/h. 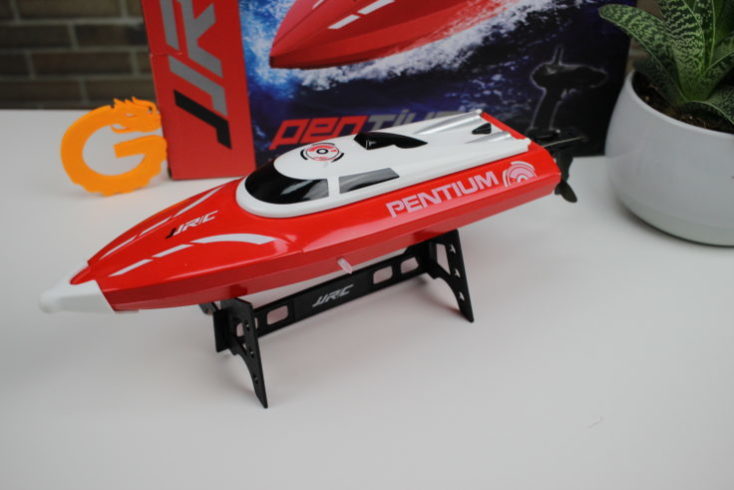 We were once again after an RC boat ? The JJRC S1 is with about $40 still one of the more affordable models. So we got one and tried it out and tell you here what you could expect from the little racing boat. So much is said: We had a lot of fun with it.

Let’s unpack first. There is not much in the package, but it doesn’t need much either. Beside the boat itself we find the remote control and a USB cable for charging the battery. Other accessories are only a second paddle as a spare part and – nice – a frame on which the boat can be placed. 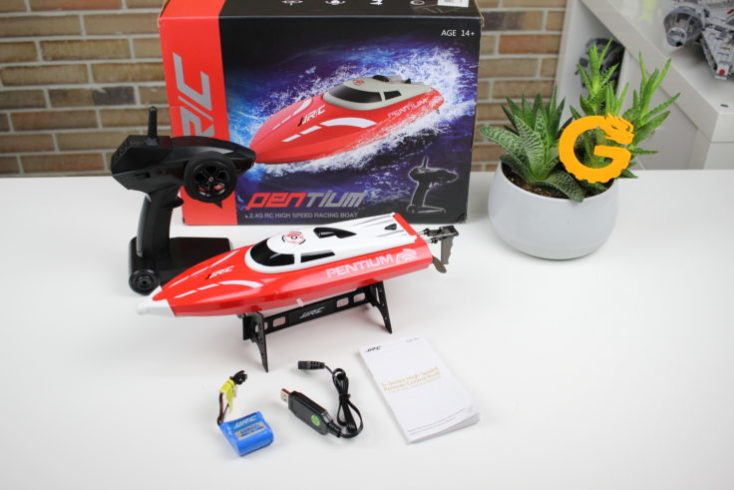 There is not much to say about form. It’s like a speedboat has to be. To protect the tip in particular, there is a white rubber bumper that can be attached to the front. The white top can be removed. Thanks to a closure, however, it holds so well that you don’t have to worry about it becoming self-reliant while driving.

Underneath you will find the electronics, which is additionally protected by a plastic cover in case water should penetrate. However, there is always some water in the interior, because the engine is cooled by a water cooling system during operation. Water is sucked in, led through a hose around the engine and ejected again. 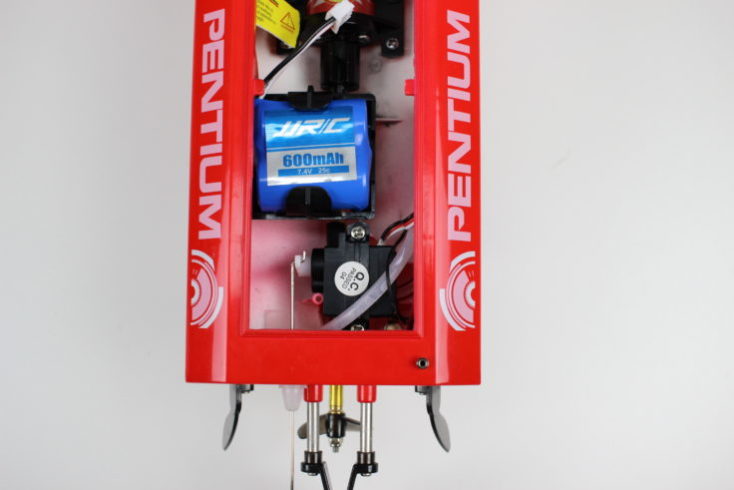 There are a total of three versions of this racing boat from JJRC, which all differ in colour and shape, but have the same characteristics.

Off into the water – handling & driving pleasure

After unpacking, you should charge the battery once, but then you can start immediately. The remote control requires four AA batteries, but that was all in preparation. You don’t really have to explain anything here: put/set the boat in the water and accelerate. As with many RC cars, the trigger on the remote control accelerates; the wheel on the right side is used for steering. You can see what this looks like in practice here in the video.

According to the description, the boat can reach 25 km/h, and that’s really fun to drive. After the first test drive (and also the following ones) the reaction was: “Shit, battery already empty? Then immediately recharge and go again.” Eight minutes, which the JJRS S1 already manages, are an acceptable value, but simply feel much too short.

By the way, you don’t have to worry about the battery suddenly breaking down in the middle of the lake. A beep of the remote control warns you as soon as the remaining battery charge drops below 20%. But then you should head for the shore if you don’t want to go swimming to get the ship back. Especially in summer, when you may be in swimsuits at the lake anyway, this may not even be bad. 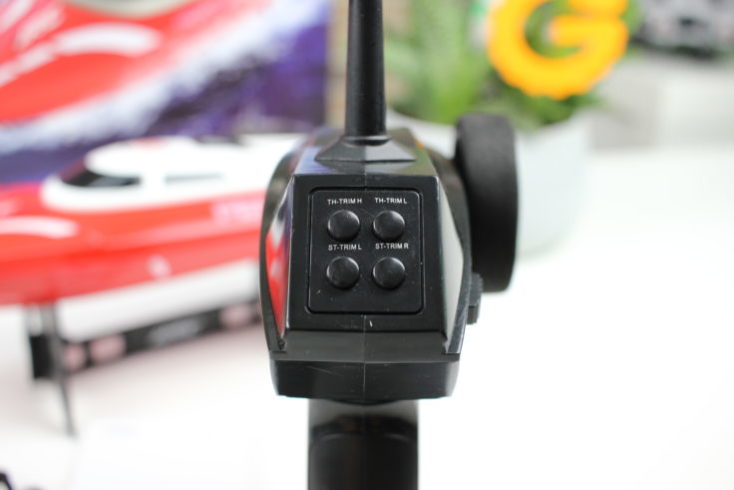 The S1 steers really well, especially tight curves are simply fun and look great. You can also fine-tune the remote control and adjust the paddle more precisely. If the boat should still roll over, this is no problem. By moving the steering wheel back and forth, you can rock the boat so that it keeps spinning around the right way. We made use of this especially on a day when we had strong winds and even waves. With this the boat gets along well (and it makes more fun), nevertheless it did lay quite often on the back. 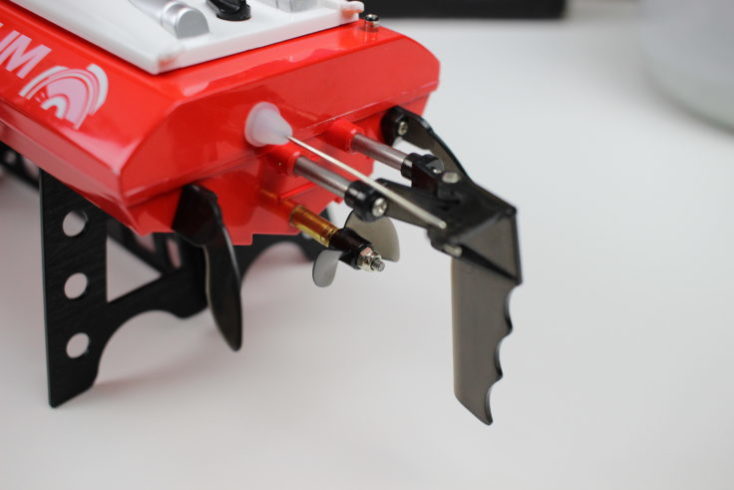 We could not check the stated range of 150 meters – and that is to be understood here times positively. On 150 m distance one would not recognize the boat at all, i.e. this distance is actually hardly to be reached. Connections never broke off, so you don’t have to worry about the range. The only exception: an assembled camera with live image transmission. Here you have to find a way to mount a camera without raising the boat’s centre of gravity too much.

Perhaps a strange-sounding conclusion, but that just sums it up. The workmanship here is absolutely fine for a $40 gadget, and after dozens of trips the boat still runs as smoothly as at the beginning. The control is catchy and easy to learn for everyone. If you are just looking for a toy for the summer and there is a lot of water anyway, the JJRC S1 is the right toy for you.