5 Kommentare October 23, 2019by Jens
Hey, guys! Just a heads up: The linked offer is already a bit older and the price of the gadget might have changed or it might not be available anymore.

With the JJRC X12 Aurora, JJRC again tries to attack the competitive segment of low- to mid-priced camera drones. Sure, every manufacturer wants a “Spark- or Mavic-Killer” – does the cheap X12 have what it takes? 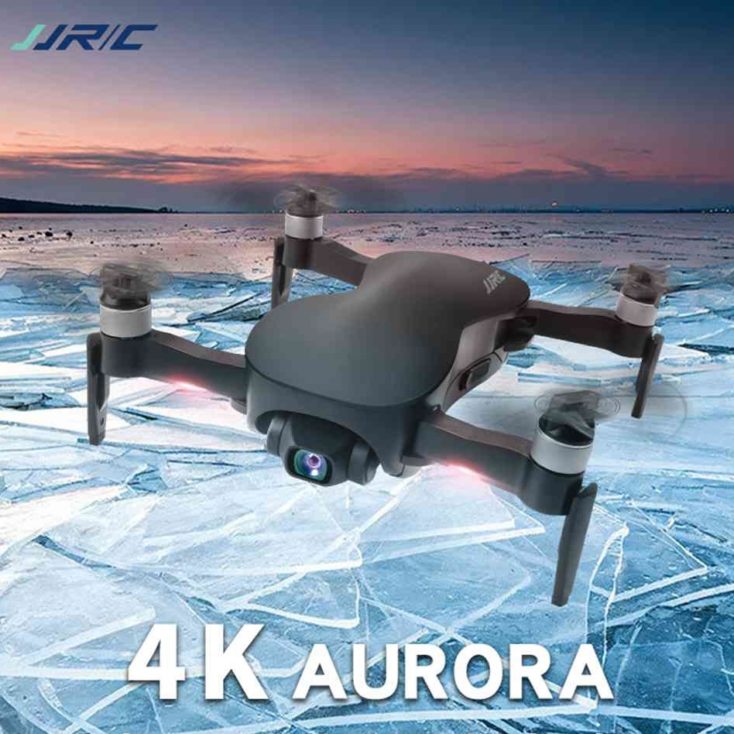 In the past my opinion about JJRC has changed drastically. A few years ago, the mini drones of the manufacturer were still very popular (for example the “Selfie” ELFIE), but models beyond $100 almost always disappointed me. The low point for me was the JJRC X9 Heron, which was a rather bold Spark clone and crashed uncontrollably in my test flight. Only the RC boats of the manufacturer at least fulfilled my expectations.

But the X12 Aurora should be a real competitor to the DJI Spark now and even surpass it in some points. After the last drones I’m skeptical, but I like to be surprised.

Externally, of course, you orientate yourself on existing models, but you have also somehow created your own design. I like the appearance of the drone. Also concerning the equipment everything reads well: a 3-axis gimbal and brushless motors (but both should be self-evident) are advertised and the flight duration of up to 25 minutes sounds promising.

The manufacturer (and the online shop) also promises a colorful bouquet of features: Positioning is done via GPS as well as an optical flow sensor and ultrasound. There are waypoints, POI, tracking, of course a failsafe function and RTH as well as a range of up to 1,200 meters. Especially the camera should be the deciding factor, everywhere the slogan “4K” is thrown against you. As an additional delicacy, the camera should even have a zoom – great.

But let’s get to the reason why I don’t believe all this at first. After being bombed with the info “4K” in the headline and countless graphics, you will find the info “Video Resolution: 1920 x 1080p” in the tabular list of specs. Of course, with 4K you only mean 4K photos, everybody knows that.

So here again the impression is consciously given that you can take 4K videos, although it is actually not possible. The fact that some shops offer both a Full HD version and a 4K version of the drone adds to this impression. “Aha, then this is only the cheaper version that cannot offer 4K” one would like to say. No, with the 1080p version only the photos are only possible in a lower resolution.

That makes me angry. No matter how good or bad the drone may be at the end, you can start with a bland aftertaste. Surely one or the other will buy the X12 in the belief to have found a cheap 4K drone here and then be disappointed. And of course this raises the question of what to expect from the rest of the features. I’m expecting a digital zoom (so none at all) and I’m prepared with every single feature that it doesn’t work as promised.

The drone’s accessories. Nice: The accompanying backpack for transport.
Shortly something else for the remote control. I already know the model, it is completely made of plastic and feels very cheap. Basically the haptics and the control are fine, but at $200 and up I would like a bit better quality.

And maybe something positive at the end: The drone is apparently delivered with a bag/backpack as standard.

Maybe it’s been read out this far: I’m not really convinced about the JJRC X12 Aurora yet. 🙂 The trickery to sell everything to the people as 4K is really annoying and is one of the reasons why you can’t blindly buy drones from the China shops until today. Too often everything is just advertising.

However, I don’t want to write off the drone completely. Provided the Full HD videos look good, the X12 could still be a good drone for its price. We will get a test device and fly a test flight. I’m excited about the results – are you?