0 Kommentare March 17, 2018 by Maike
Hey, guys! Just a heads up: The linked offer is already a bit older and the price of the gadget might have changed or it might not be available anymore.
“Just because you are unique, does not mean you are useful”. With the Kai Deng K130 Alpha , I must inevitably think of this quote, because at the first moment I wonder what the advantage of the design should bring. On closer inspection, however, it becomes clear that there are indeed advantages. 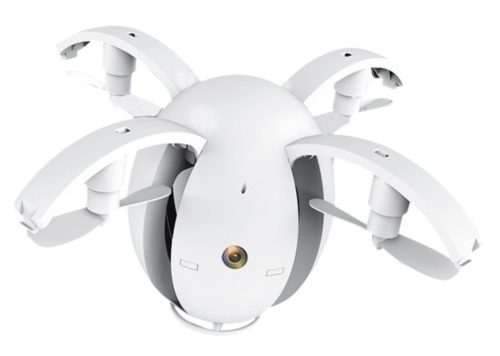 First of all, we’re trying to ignore the confusing name, because “Kai Deng K130 Alpha” is as catchy as it is relevant: not at all. “Egg-drone” does not make the thing any better, and one should have rather a smart nickname superior. Kalimero for example. Or Eggy . Let’s call it simply alpha.

The Alpha is a small, foldable drone which is very easy to transport due to its size, and due to the unusual but familiar shape, it can also be a good figure when it is placed on the shelf. With a height of 6.4cm and a diameter of 5cm, it is actually negligibly larger than a hen’s egg and thus fits almost in the closed fist, but also in any trouser or jacket pocket. 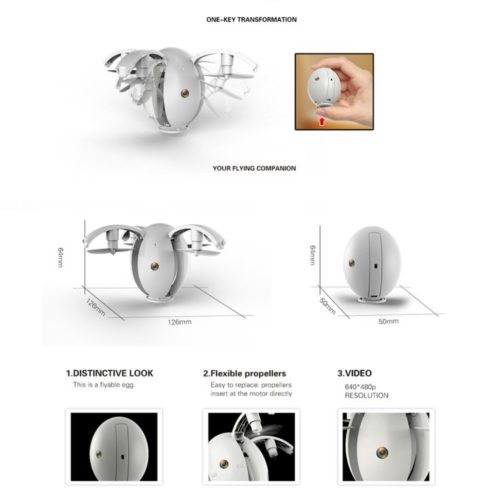 If you extend the arms out of the inconspicuous egg a drone appears, which is controlled by the smartphone. You usually have this in any case, and so you can fly with the Alpha simply at any time . The integrated 200mAh battery is supposed to last about 6 1/2 minutes, then it has to be recharged with the included USB cable. A power bank is particularly suitable on the way ; The charging process takes about 45 minutes according to the manufacturer.

The required app “Pantonma-FPV” is available for Android and iOS . The smartphone can then be used to control both the drone and the live image of the camera. For video recordings, however, this is not suitable due to the low resolution of 640 x 480p .

The drone, by the way, has no oversight, a function that is actually found in almost all drones of this size. This is presumably due to the form, and the alpha looks rather dull. Otherwise, however, the functions read satisfactorily: Alpha  starts and lands automatically , and keeps the height independently thanks to the built-in barometer. It also has the headless mode, which makes more sense here than with any other Quadcopter. To differentiate between the front and the rear there are different colored LEDs .

The yellow of the egg?

A word game in the end, I can not help but then. Pure from the data sheet the Kai Deng K130 Alpha is an ordinary mini-drone at a minimal above-average price. What makes them special is their look. This does not have to please everyone, but the shape is indeed practical as it fits easy into your average pocket.