The Great Wave off Kanagawa as a building block set of 3,289 parts

0 Kommentare May 22, 2021by Jens
Hey, guys! Just a heads up: The linked offer is already a bit older and the price of the gadget might have changed or it might not be available anymore.

Puzzles and building blocks experienced a boom last year – understandable now that we all spend more time at home. This set somehow combines both and provides employment for weeks. The famous motif of the Great Wave off Kanagawa has been captured here in building block form. 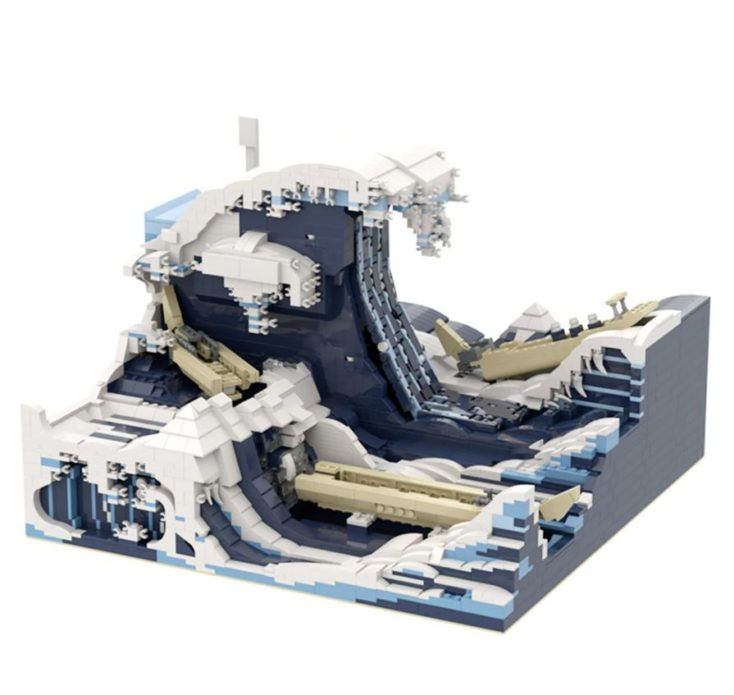 The comparison with a puzzle is not so far-fetched. The focus is on the process of building. Afterwards, you have a) a really beautiful set that you can put up (in the case of a puzzle: hang up) and that you b) also created yourself.

The motif here is the Great Wave off Kanagawa, one of the most famous works of Japanese art. Even if the name doesn’t ring a bell (I had to look it up myself), everyone will have seen the painting somehow, somewhere. Posters, T-shirts, key rings, the motif has been used on almost everything. By the way, the original is not a painting on canvas but a woodblock print. 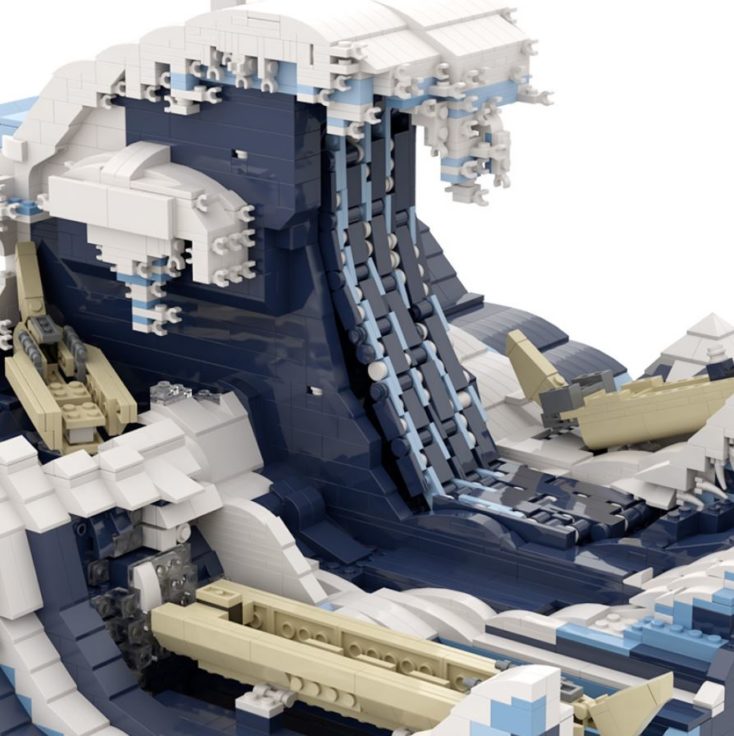 In the building block set, the details are beautifully implemented. The enormous, large wave, the color contrast between dark blue, almost black water and the white spray, the three boats struggling with the storm and at the mercy of the waves.

Much of the set is, of course, busywork. The “understructure” is made up of many, monochromatic pieces, especially in the large wave itself and the rear, raised section. Conceivably there are voids here, it’s so hard to tell. Anyway, over 3,000 pieces should keep you busy for a few days, if not weeks. As I said, if you like to do puzzles, why not try such a building block set?

Now it must be said that the set is unfortunately not quite cheap. Sure, you get massive parts and a really cool motif here, but even then, a sports car like the CaDA C61042, which also consists of over 3,000 pieces, is still half the price.

So, from my point of view, the set remains rather an example of what is possible with building blocks. A purchase needs to be well considered; for the same money or less, you can also get another of the sets, for example. If someone can be carried away, I would still be happy about the experience report and photos in the comments section. 🙂 Does look pretty good.