7 Kommentare May 9, 2018 by Maike
Hey, guys! Just a heads up: The linked offer is already a bit older and the price of the gadget might have changed or it might not be available anymore.

The Leagoo S9 set out to be the cheapest iPhone X clone and seems to keep its promise. For the equivalent of about 130 dollar, the smartphone can now be purchased in advance. We already had the opportunity to get a first impression at the MWC in Barcelona in February. Now we are curious whether the not undisputed manufacturer will be able to use the smartphone to restore the tarnished reputation to some extent. 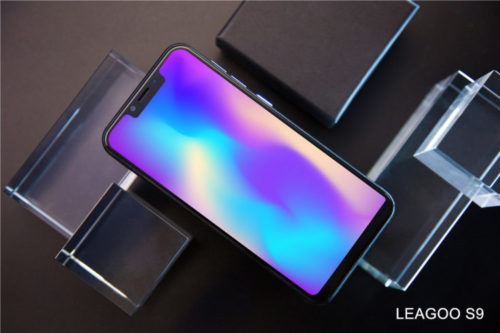 First impression at the MWC

Alex was on the road for us at the beginning of 2018 at the MWC in Barcelona and was able to take a close look at a prototype of the Leagoo S9 (Video in German).

Leagoo – not unknown as a sponsor of Totenham Hotspur in Europe – was noticed in the recent past among other things by the fact that Trojans were found on some of their models. Although they vehemently denied this at first and then offered system updates, the problem was not out of the world. In order to regain the trust of users, all doubts must be dispelled whether new devices are free of malware by default. The Leagoo S9 is no exception. As an iPhone clone with rather below-average hardware, it is a niche product anyway, which could still become interesting for certain buyers if well manufactured at a very attractive price.

The pictures we were able to take at the MWC were, as already mentioned, a first draft of the model. Since then, there may have been some changes in appearance and workmanship, and on newer product images, the mobile phone is much more stylish.

The S9 has undergone some changes in the course of its development. There is not much left of the old design, which was still strongly oriented towards Samsung’s Galaxy S8. On the older pictures the S9 looks completely different. At that time, the Budget smartphone, whose predecessors Leagoo S8 and S8 Pro are just launched on the market, should still have a flexible display and also be the first device with an 18:9 aspect ratio and a curved display at the same time.

Now it’s not like the Samsung, but the Apple iPhone X. This is mainly due to the notch, i.e. the recess at the top of the screen. This provides space for the front camera and the sensors. The Leagoo S9 offers a resolution of 1512 x 720 pixels and is therefore far behind the resolution of the big model. But it also plays in a completely different league in terms of price. The back is made of plastic and didn’t feel so high quality in the first hands-on – unfortunately. The 5.85 inch display provides a form factor similar to that of current 6 inch smartphones.

The Leagoo S9 is not very different in terms of hardware from the Leagoo T5, which we have already tested. The MediaTek 6750T, an Octa-Core with average performance, is also used here. The processor is designed to handle everyday tasks, but in 3D games it will be rather tight. In addition, there is expected to be 4 GB of RAM and 32 GB of internal memory. The battery capacity of 3,300 mAh is adequately calculated for the overall performance of the processor. However, no above-average battery life can be expected from this. 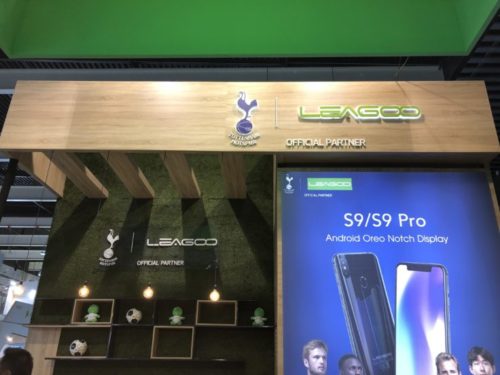 The camera is also copied from Apple, similar to the way Xiaomi does with the Redmi Note 5 Pro. However, Leagoo doesn’t seem to be able to compete with either manufacturer in terms of camera quality. The main sensor offers a 13 megapixel resolution, the secondary camera only 2 megapixels. Whether this actually offers added value remains questionable. A special function is the so-called Ultra HD shooting, in which several shots are taken at short intervals, which are then combined to a large 65 MP image. How exactly this is supposed to work and how Leagoo wants to make this claim come true is beyond our imagination. 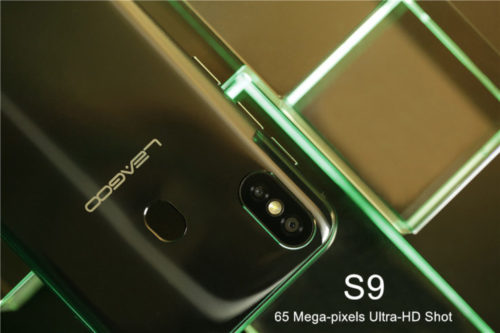 However, Leagoo can score points due to the operating system. Here you can rely on the latest Android 8.1 from Google!

According to our information, the Leagoo S9 will cost $120 for its launch. This makes the Leagoo S9 probably the cheapest iPhone X clone from China. The current price of the smartphone confirms this and can be pre-ordered. The performance is unfortunately at most average, but is definitely sufficient for everyday applications! The significantly better, more recommendable, but also more expensive alternative seems to be Doogee V, also presented at the MWC.