LED-clip for sport and jogging for $1.70

0 Kommentare February 9, 2018 by Maike
Hey, guys! Just a heads up: The linked offer is already a bit older and the price of the gadget might have changed or it might not be available anymore.
This is not the cheap version of the LED sneaker (what an interesting thought) but a LED-clip for sport shoes, to be seen better in the dark, if you run early in the morning or late in the evening.  It’s even good in the bright summer to get attention while you are jogging. At first, it looks like something you wear on your head or as a type of headphones but it is something quite different. The functionality is conceivably simple. On the two ends, there are pointed nubs on the inside to give the gadget a little more support. In the “normal state” it is completely close, so it can be assumed that a certain amount of tension is present at least, which should hold the clip in position. The actual grip capacity can only be tested after buying the LED-clip. 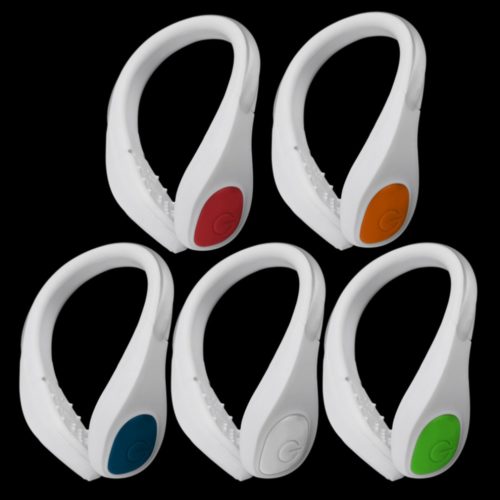 The clip is made of white, slightly elastic plastic. The difference between the models is only the colour of the single button which is optionally blue, green, red or white. To change between continuous light, flashing or “off” you have to press the button. The reason for the functions is of course the better visibility in order to attract the attention of cyclists and motorists if you run on badly lit traffic routes. Two small button batteries which supplies the band with energy are already included. Anyone who wants to catch attention again should wear this things just at the next party.?