The name LEMFO has certainly been used before, if you were looking for a Smartwatch from China. The LEMFO LEM10 now tries its hand at the popular square Apple Watch design, but is anything but elegant. 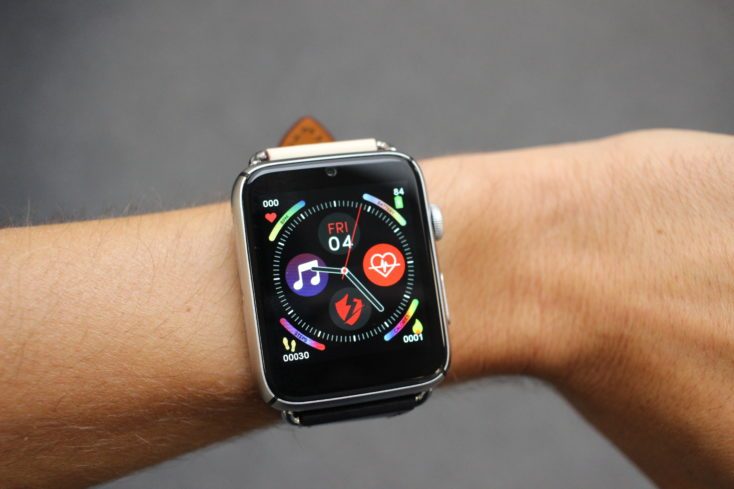 Technical data of the LEMFO LEM10

The manufacturer obviously has a penchant for giving his Smartwatches screens an above-average size. The display of the LEM X measures 1.82 inches in the diagonal and offers a resolution of 360 x 320 pixels. However, LEMFO doesn’t manage to keep the edge between display and watch case as small as Apple’s, up and down it’s about 6 mm and to the left and right it’s a good 1.5 to 2 mm. This results in a very large watch, above the display the manufacturer finally positions a camera. 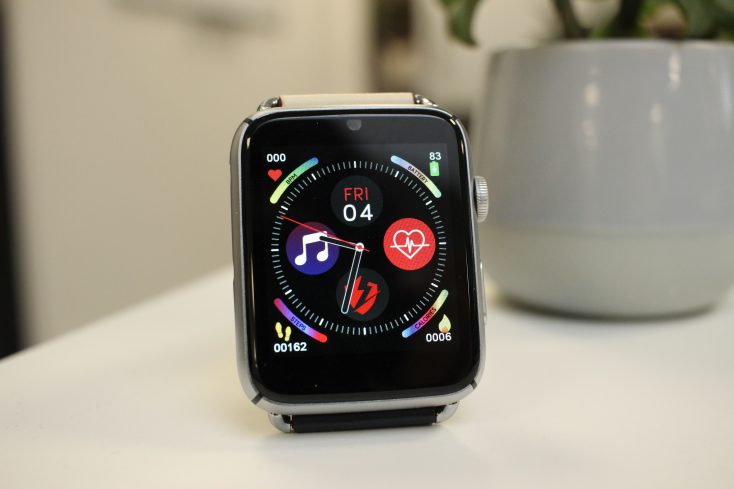 However, the watch case is slightly curved outwards, as in Apple’s case. On the right side are the two function keys, one with a rotating edge and a normal key. On the left side is the SIM slot and a speaker. While the frame really seems to be made of metal, the back of the watch is made of black plastic. There is the heart rate monitor and the gold contacts for the magnetic charging cable. A CE-mark is not found. 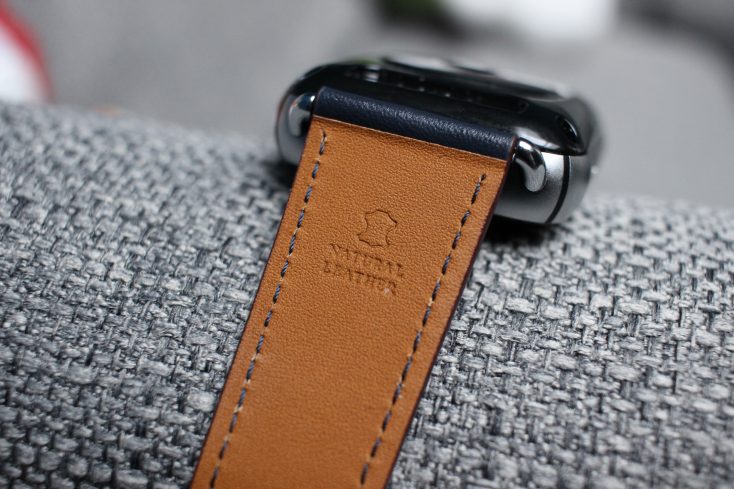 The bracelet that LEMFO uses here on the watch is almost an insolence. It looks like a remaining piece of Velcro, but it also has a magnetic closure. Fortunately, LEMFO also includes a leather wristband in the scope of delivery, which also visually fits the watch better. But with this one probably missed to uncover the pins, so changing the strap is a bit more fiddling. 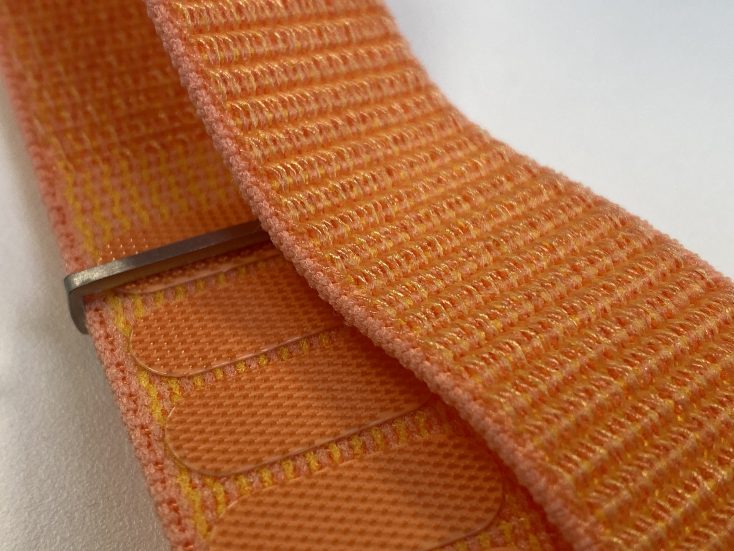 Unfortunately I already expected this in advance, but the LEMFO LEM10 is thick – too thick to be honest. With a thickness of 1.5 cm, the watch unfortunately doesn’t nestle so comfortably against the wrist and looks very clumsy, especially on slightly thinner wrists. In addition, the surface area is relatively small, which further enhances this effect. With a weight of 58.8 g, the watch is relatively heavy, but at least not too heavy for me. Nevertheless, I don’t like the wearing comfort, because the watch is simply too big and you just don’t get used to it.

Also the workmanship is altogether okay, for the price you get from Amazfit but for example higher quality watches. The only real problem is the lower function key, which is very wobbly on our test device and has only a relatively small pressure point. But at least the slots for the SIM card and the speaker are milled clean.

The fact that such China smartwatches like LEMFO’s are so interesting for many is due to the lush hardware. Inside the LEM 10 is the MediaTek 6739 quad-core processor, which is actually used in smartphones. The CPU is from 2017 and offers a clock frequency of up to 1.5 GHz. In addition, there is a choice of 1 or 3 GB RAM and 16 or 32 GB internal memory, just like in a low-budget smartphone such as the Redmi 7A.

The performance of the LEM 10 is altogether ok, it is not as fast as you would expect from such a relatively powerful processor. Every now and then the reactions are a bit sluggish, for a Smartwatch this is still fine. It is on about the same level as the Ticwatch C2 with Snapdragon CPU and WearOS.

Not only that, but there is also a battery with a capacity of 700 mAh. For comparison, the Amazfit Verge Smartwatch from Huami, for example, offers “only” 390 mAh. The LEMFO also has a 2 megapixel camera, which is located above the screen and also allows some connection options. It supports Dual Band WiFi, GPS, GLONASS and also LTE, actually even LTE Band 20 as well as LTE Band 1,3,4,5,8 and 12 via the Nano-SIM slot. Of course, Bluetooth 4.0 is also implemented for the connection to the smartphone. 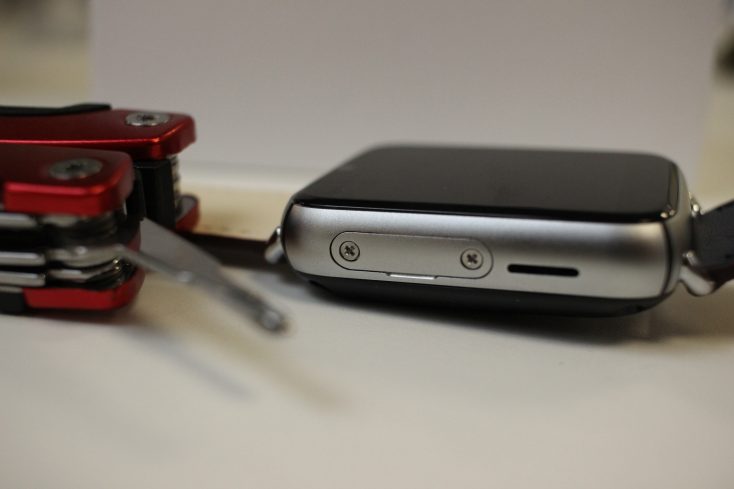 The app used here is WiIWatch 2 (Download: Android | iOS), an app that is not only used for LEMFO Smartwatches. Such a general solution offers the basic functions, but it is also not especially tailored to this clock. In the test, the connection with the smartphone worked smoothly. How this works is explained to you by the clock or the app itself.

On the LEMFO LEM10, the manufacturer has not pre-installed WearOS (Google’s Smartwatch operating system), but the “normal” Android 7.1. We observe this phenomenon more frequently in China smartwatches and are therefore generally reluctant to test them. Even if it is Android, you might think that Apple’s WatchOS is on the LEM10. LEMFO has recreated the surface here, including the globe background image, quite similarly.

This honeycomb menu structure can be reached with a swipe to the left, where all apps are listed. This view can also be changed to a matrix view. A swipe to the right opens the notification window, in the WiiWatch app you can set from which app on the smartphone you want to receive notifications. Swiping upwards opens a quick view of all relevant fitness data such as the pedometer or calorie consumption. The quick settings like the screen brightness, the current connection status and the music control can be reached with a swipe-down.

Mainly the LEM 10 is controlled by the touchscreen, which reacts reliable and precise. However, you always use the function keys on the right. The lower button takes the watch out of sleep mode and brings it back into the same state when you are on the watchface. It also functions as a home screen button. The round button above is the Back button, which also brings back one menu item at a time. The integrated wheel unfortunately has no function – too bad! 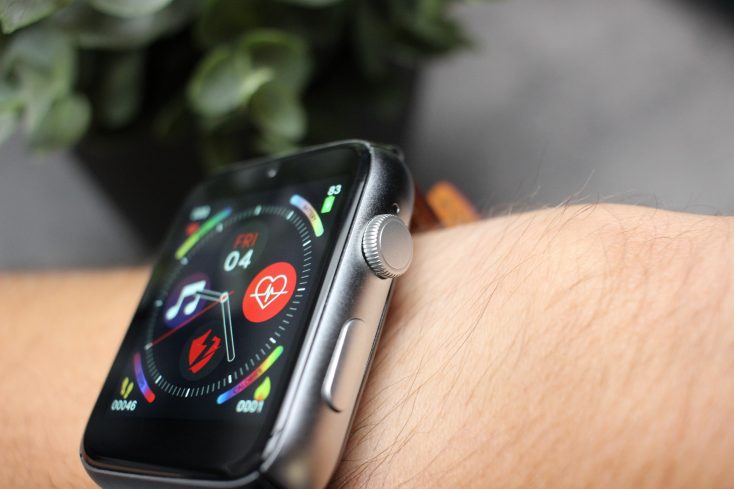 Since the Android 7.1 operating system is basically open and it is not a proprietary OS like many Amazfit Smartwatches, the range of functions is theoretically huge. Pre-installed are apps like contacts and phone, but also a music player, a weather app and a fitness app. It offers a jogging mode, a bike mode and a treadmill mode, but also more extravagant modes like basketball, soccer and table tennis. Unfortunately, that’s pretty nonsensical, as each mode (except jogging mode) measures the same pulse and calorie consumption values. When jogging, the speed, called pace, is still measured.

In fact, there is also a camera app on the watch, with the 2 megapixel sensor you can take photos and videos. As expected, these shots are hardly usable and at most a gimmick.

More interesting are the pre-installed Google services like Google Maps, the Google Translator or the Google Play Store. Google Maps even works pretty well thanks to the voice function and thanks to the square display no important information is cut off at the edge of the screen. It’s still not optimized for this screen size and is the same app as on your smartphone. 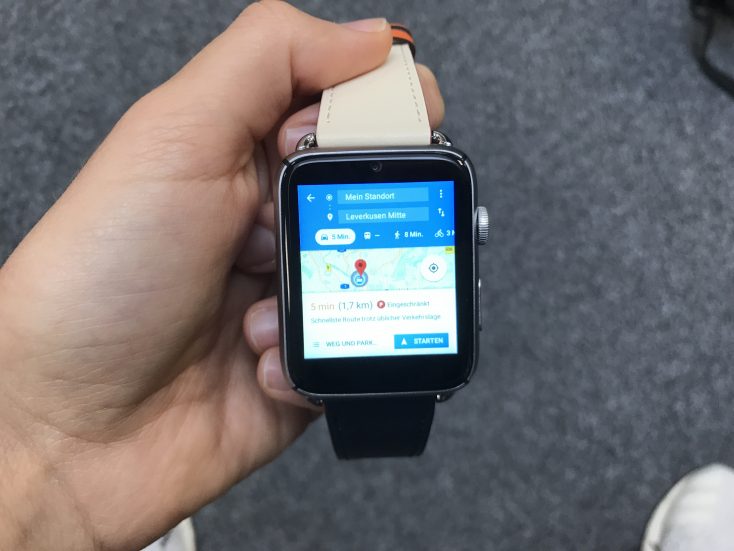 Unfortunately we couldn’t activate our SIM card during the test and therefore couldn’t use any mobile data or use the clock for telephoning. If we succeed in doing so, we will be happy to pass on this experience.

Unfortunately, I don’t like the LEMFO LEM 10. The watch has a large memory, works well in principle and is solidly crafted. The range of functions is also large, no other watch on the market offers so many features and hardware. Nevertheless, for me it already stands out as what it is, namely as a watch. It’s just too thick and too clunky for my taste, I personally don’t like the wearing comfort.

In my opinion, it’s almost more of a smartphone than a Smartwatch. I see a Smartwatch as a useful addition to the smartphone that can take on certain tasks, such as taking calls, displaying notifications or controlling music. I don’t understand it as an independent gadget. A smartphone is superior in all areas except size. Before I can use my watch to find something in my browser, I’ve done it three times with my smartphone. You can also do without the camera.

But maybe I’m the only one who sees it that way. Do you see it differently? Do you have such a similar China-Smartwatch or which Wearable do you use? I stick with my bip, which works much better than a clock and only takes a few functions such as the alarm or notifications, but does not replace my smartphone.