Lenovo Watch X (Plus) for $48.87: Hybrid-Smartwatch in review

13 Kommentare September 9, 2018by Thorben
Hey, guys! Just a heads up: The linked offer is already a bit older and the price of the gadget might have changed or it might not be available anymore.

Smartwatches or fitness trackers are often more familiar in the design of the popular Xiaomi Mi Band (3). Some, however, go a different way in design and resemble a classic watch. Lenovo’s Watch 9 already aroused great interest here. We will soon test the cheaper fitness tracker as well, but now the (more expensive) Lenovo Watch X has already appeared in China as its successor. We received a test device from GearBest. 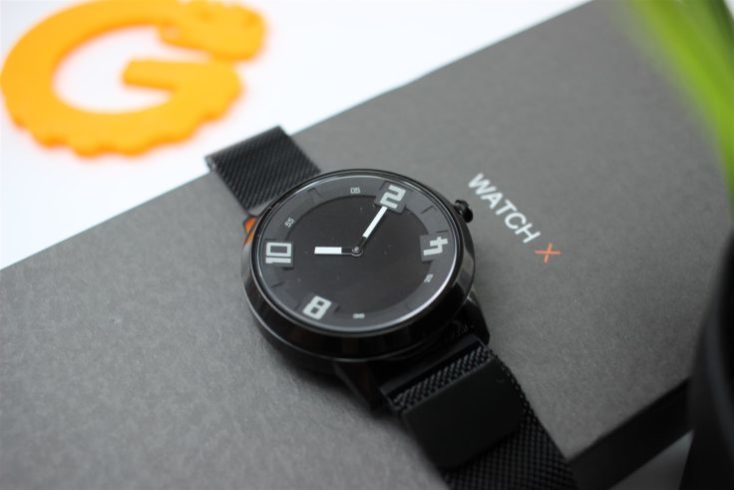 In great demand in China

When it was launched in China, the Watch X got off to a flying start. The price there is 300 RMB, which is about $44, it was sold out online after a few seconds, and also the first batches of the China Shops were quickly sold out. In the meantime, however, the wristwatch can be supplied with smart functions. We have already received our model and will tell you here what you can expect from the Watch X.

Design of the Lenovo Watch X

The new watch comes in two versions, namely Lenovo Watch X and Watch X Plus. Both will receive a movement from the Swiss manufacturer Ronda. The housing is made of stainless steel and is waterproof up to 80 meters. The dial is covered with scratch-resistant sapphire crystal. Unlike its predecessor, the watch is also equipped with an OLED display. The luminescent hands and dial also glow in the dark.

All in all, the workmanship is of quite high quality. If it were a little thinner, the Watch X could be considered an “ordinary” wristwatch. As such, it can be worn on almost any occasion. 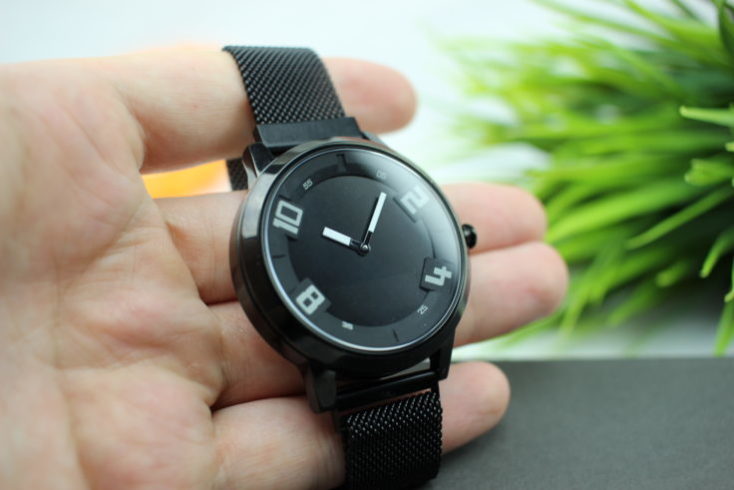 Speaking of dials: There are two versions, as shown in the picture. One with Roman numerals and a rather unusual one with mixed hour and minute displays. Both are available for the black and the silver version. Personally, I clearly like the Roman numerals better, unfortunately our test model is the other one. 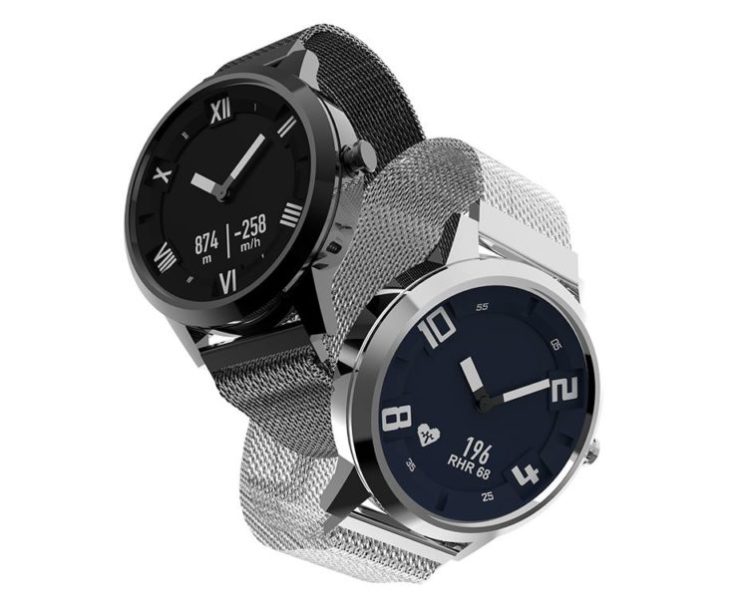 The standard bracelet is a metal bracelet. A magnet at the end of the tape simply sticks to the tape itself, so that the length can be adjusted completely steplessly. The magnet is strong enough that nothing slips here, even during hectic movements. The closure is extremely simple yet effective. The band is 20 cm long and 1.8 cm wide.

Later there will also be a version with leather strap. We simply assume the classic colours brown and black, although it cannot be ruled out that there will be more straps.

First of all, the comparatively high weight of the watch is striking (for a hybrid/smart watch). The watch and bracelet together weigh as much as 81 grams. The Amazfit Stratos 2, a fully-fledged Smartwatch, brings it up to 60 grams. I don’t find this unpleasant, but my preferences diverge here. With its fine-meshed design, the standard bracelet sometimes tugs the hair on the arm, but only when putting it on and taking it off. 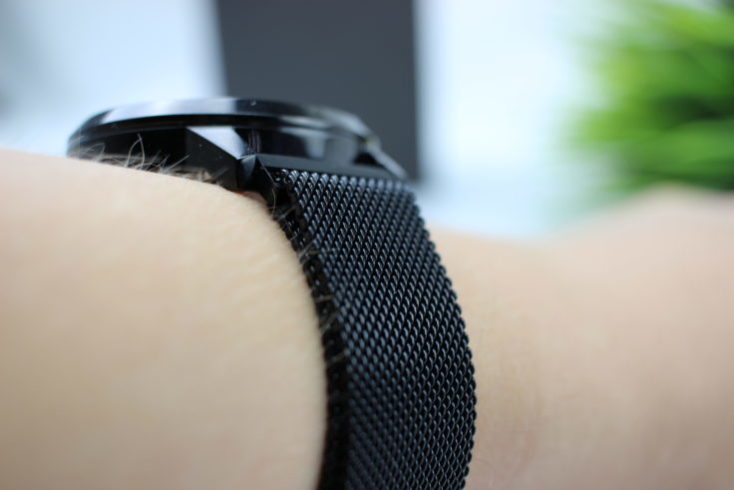 The flexible magnetic closure allows the bracelet to be adjusted to the ideal length so that it should never be too tight or too loose.

Features of the smart watch

After unpacking the watch, you should first connect it to your smartphone via Bluetooth 5.0, and ideally have the app already installed. At the time of our test, the Lenovo Watch app was no longer available on the Play Store (but it was on iTunes). Scanning the QR code in the manual leads to a Chinese page where the download of the app did not work. The solution: Search for app and download it as .apk to your phone and install it like this. 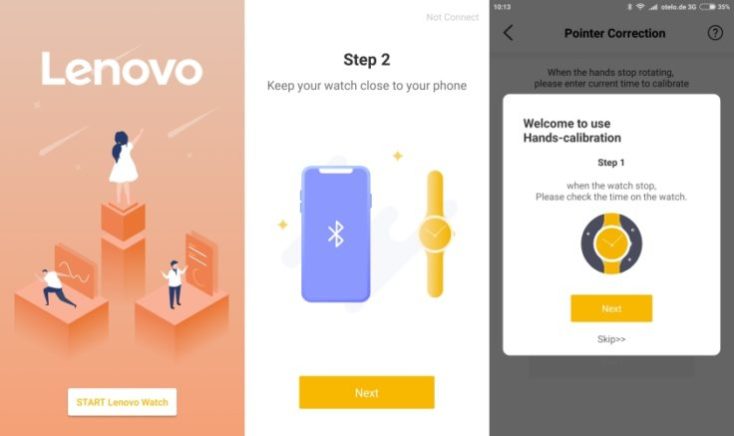 Bluetooth should already be activated, otherwise you can navigate to the settings using the button on the clock and activate it there. With several smartphones, we experienced the phenomenon that the watch was still not found immediately. It often took a few minutes, but then the connection went smoothly.

The date and time are not set correctly at the beginning. You can customize this quickly via the app, you don’t have to create an account yet. As with the previous model, the Lenovo Watch 9, the setup is not very intuitive. When asked to enter the time, enter the time currently displayed on the watch; not the actual time. The watch then automatically sets itself to the correct time. 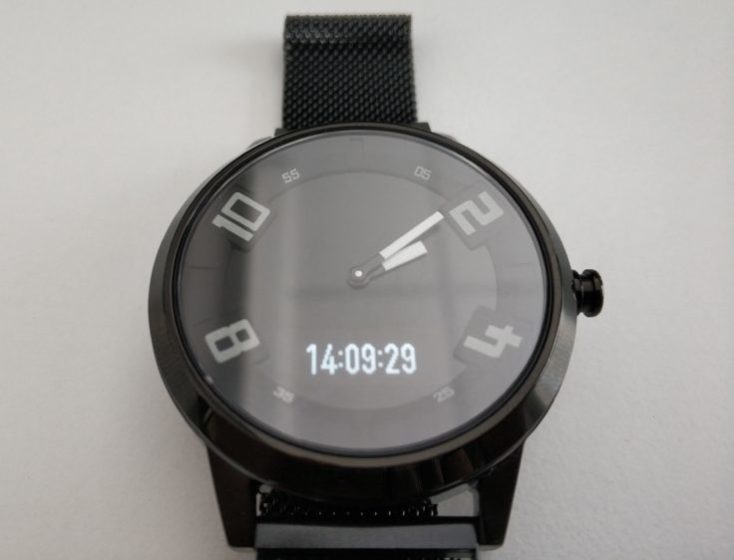 But now to the actual features

Like the Watch 9, the Watch X is equipped with all kinds of sensors that measure your pulse and blood pressure, but also air pressure and the distance you have run. Other functions include a message function and a sleep tracker for monitoring sleep phases. You can view all this data via the app. The Watch X Plus also comes with an altimeter and speedometer.

You can measure your heart rate in two ways: Either with the sensor in the watch or in the app with the help of your smartphone. The latter uses the function of placing your finger on the camera’s LED and does not require the watch itself at all. It’s easier on the watch, where you can measure your heart rate with two keystrokes, which starts automatically after about three seconds. Unfortunately this does not always work right away, in about half of the cases the message “rewear” appears instead of the measurement.

If you wear the watch, it counts every step you take. In the app you can set a daily goal, e.g. 8000 steps, then you can see on the display beside the current number of steps also the progress in percent. The steps are converted into calories burned, a value that is difficult to determine in terms of accuracy. By the way, the watch reminds you at regular intervals that you should move if no movement is detected for a long time. 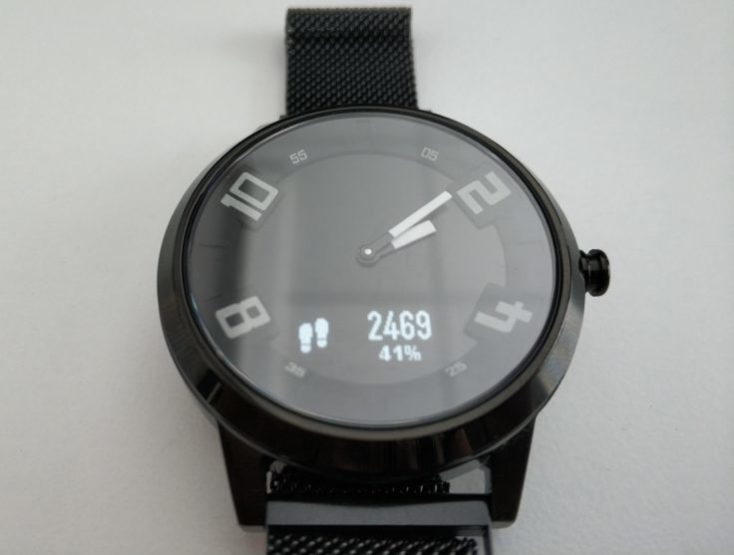 Data on reliable sleep monitoring is still lacking. Overall, however, the quality does not seem to differ from most other fitness bands. In my opinion, the function is only an addition to the other features, which serves as a maximum orientation anyway. Whether I sleep too much or too little I usually know, and I can and should not draw serious conclusions about my state of health from an app.

As usual, normal and deep sleep phases are displayed, and the app also gives you a prediction of your current state of mind. The calculation here seems to be (quite rough): a lot of sleep = good mood and healthy; little sleep = bad mood and unhealthy. Thank you, Lenovo Watch App.

The alarm (or several alarms) can be set via the app. One-time and recurring alarms are possible, which can also only be set for certain days of the week. The watch vibrates, which makes sense if you don’t sleep alone and the other person doesn’t want to wake up too.

However, the alarm is perceived to be very short, the clock vibrates for just under eight seconds. This can be enough to wake up, but it is better to set two or more alarm clocks shortly after each other to be on the safe side.

In the “Run” mode of the watch, steps are counted and the distance run is calculated. In addition, the steps per minute and the average time per kilometre run are calculated. The data can also be transferred from the watch to the smartphone app. Here you can also choose hiking, cycling and swimming as activities. Since the watch does not have GPS, the mileage is not completely reliable, but is at least used to compare one’s own values over several days.

If you give the app the appropriate permissions, the watch can also inform you about incoming calls, SMS and messenger messages. The name of the caller or sender and the beginning of the message are also shown on the small display of the clock.

The predecessor did without a display, which was the main reason for the extremely long battery life (for a Smartwatch or fitness tracker). It will be interesting to see how the display affects the runtime. Lenovo speaks of 45 days – significantly less than the Watch 9.

Since we have only a few days left, we have not yet been able to put this to the test. Currently 7% of the battery is gone after about three days, so the trend looks good. As soon as we know how long the battery really lasts, we will of course add the information here.

Lenovo’s own app for their smart watches is called “Lenovo Watch”. This is available for Android and also for iOS (click here for iTunes). As mentioned above, the Android app is not currently available in the Playstore. Screenshots can be seen higher up in the article.

The app is completely available in English translation, but so far it has been rated rather poorly. I can’t really warm up to it either. The English translation is mostly ok, but sometimes incorrect; the design is clear, but could be more intuitive. I do not think it deserves such bad ratings, but we will look for alternatives here.

The Watch X reads on paper like the logical upgrade of the Watch 9, but for twice the price you get the display in the watch and a few more functions. In addition, both watches differ in design, which is likely to be the deciding factor for many buyers.

The Amazfit Bip is in a league with the Watch X in terms of price, but has a completely different design. The Amazfit Stratos 2 is more expensive, but also equipped with more functions.

You must not make the mistake of seeing a Smartwatch in the Lenovo Watch X. Cause it’s not. As a hybrid watch it is a fitness tracker with a stylish design. It masters and fulfills the usual functions very well, with the slight disadvantage that the associated app is not the best. If the battery has the promised endurance, this of course has a positive effect on the test result. The battery life and possible alternative apps will be added after our long-term test.