10 Kommentare May 8, 2021by Thorben
Hey, guys! Just a heads up: The linked offer is already a bit older and the price of the gadget might have changed or it might not be available anymore. 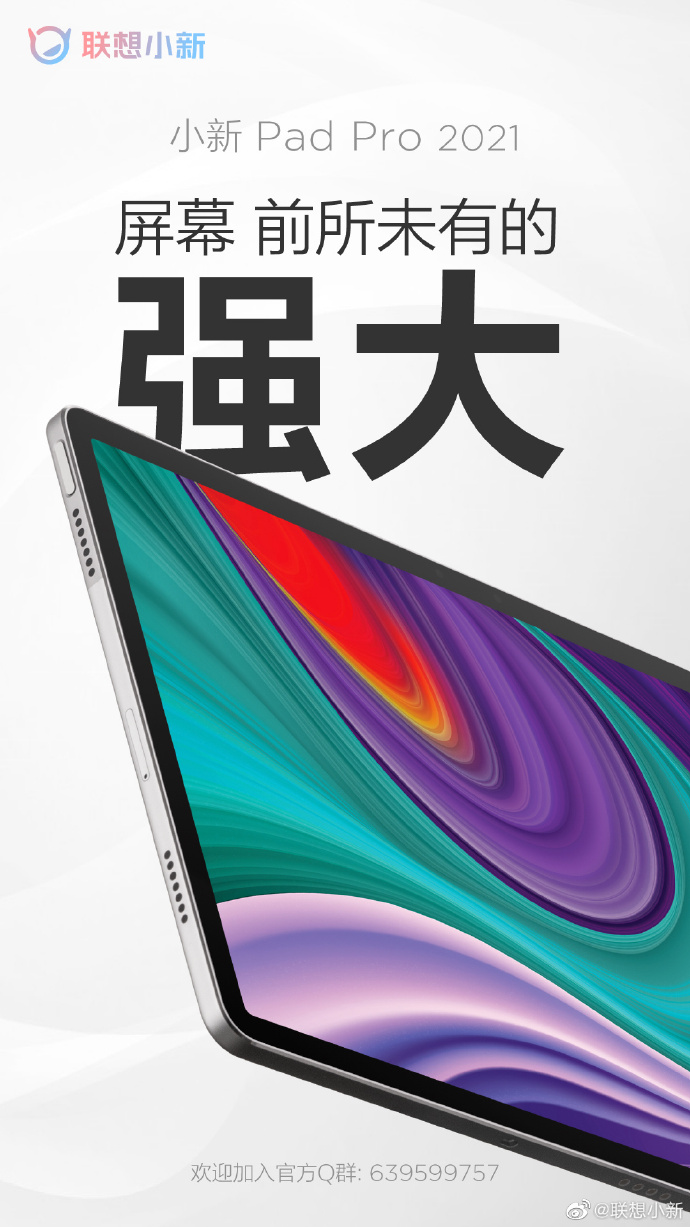 So far, Lenovo has not yet provided all the information about the new tablet, but the first images of the design and display of the new top tablet are already available. The premium design is similar to that of its predecessor, which is known in Europe as the Lenovo Tab 11 Pro. Accordingly, this is probably the Lenovo Tab 12 Pro. The bezels of the screen are relatively narrow, the frame in metal look and the front is black, which inevitably resembles the iPad Pro. 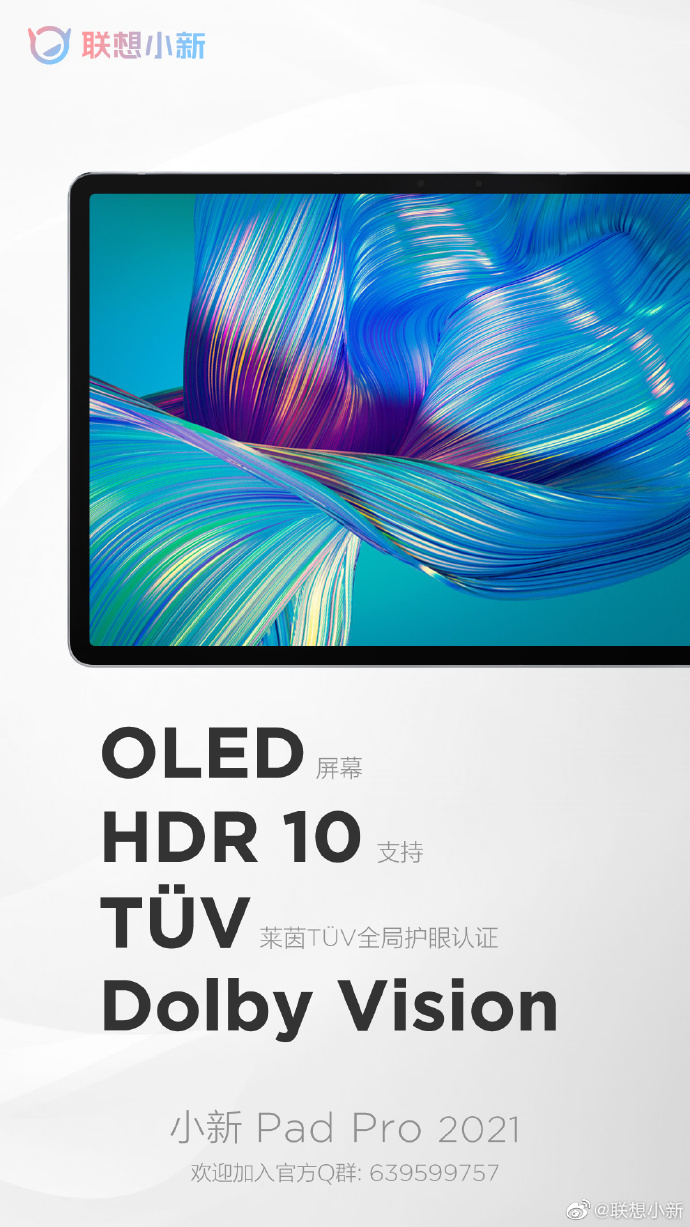 The screen is one of the highlights of the tablet. As with the XiaoXin Pad Pro / Tab 11 Pro, an OLED display with 2560 x 1600 pixels is used. Apparently it is the same screen diagonal of 11.5 inches, which gives you a 262 ppi panel. In contrast to its predecessor, the 2021 version is equipped with a 90 Hz refresh rate! As a result, inputs are implemented more smoothly and faster. The brightness is also above average at 600 nits, as is the contrast ratio of 800,000: 1. 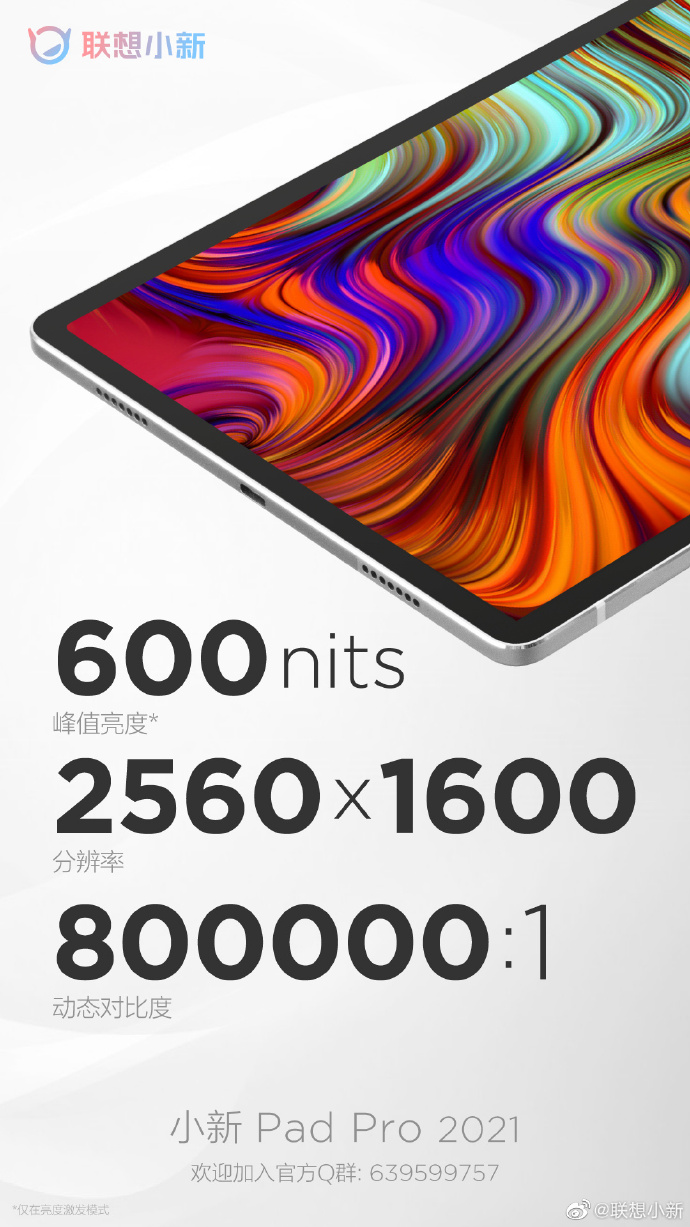 The XiaoXin Pad Pro 2021 is also exciting because of the processor. The manufacturer opts for the Qualcomm Snapdragon 870 processor, which is also in the POCO F3 and thus delivers almost flagship performance! In addition, there is probably 8 GB of RAM and 128 GB of memory, which is apparently expandable. Otherwise you can look forward to USB-C, the latest Bluetooth & WiFi and a quad speaker system. However, since it is a China version, the Chinese Lenovo ZUI 12.5 operating system is installed on it. In the possible global version as Lenovo Tab 12 Pro, a English operating system with further language options would of course be preinstalled.

The Lenovo tablets are a glimmer of hope in the desolate world of Android tablets. We are still working on a detailed review of the Lenovo XiaoXin Pad Pro 2020, and already the successor has been teased. So far, the impression of it has been really positive, which is why we are very optimistic about the successor. With 90 Hz and Snapdragon 870, you glance in the direction of the iPad Pro in terms of performance. The only question is whether the import is also worthwhile in terms of price and whether the China shops like Banggood are flashing the Global ROM. But we have to wait and see.