1 Kommentare March 3, 2019by Thorben
Hey, guys! Just a heads up: The linked offer is already a bit older and the price of the gadget might have changed or it might not be available anymore.

The Xiaomi Mi Mix 3 and Honor Magic 2 are the most popular slider smartphones so far that have set a trend for 2019. But Lenovo doesn’t want to make it that easy for the top dogs. The Lenovo Z5 Pro GT is also a slider smartphone and even comes with up to 12 GB RAM. But that’s not all! 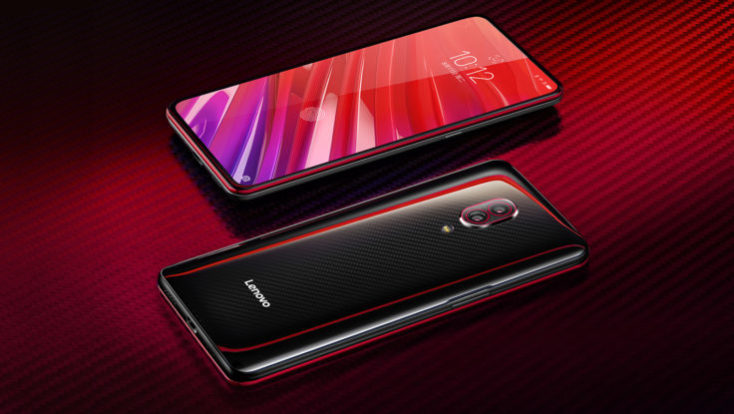 At first glance, the front of the Z5 Pro GT can hardly be distinguished from the other two slider smartphones. After all, this manufacturer also relies on a 6.39 inch AMOLED screen that offers a FullHD+ resolution of 2340 x 1080 pixels. This also results in a pixel density of 403 ppi and an aspect ratio of 19.5:9. Of course, the screen edges are correspondingly thin, and experience shows that the lowest bezel is still the “biggest”. Lenovo speaks of a screen-to-body ratio of 88.5%. 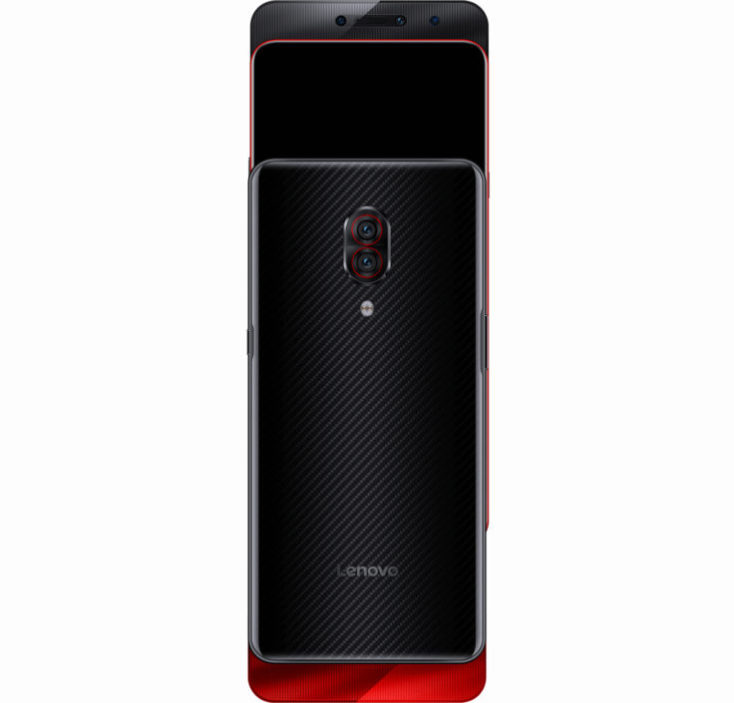 In addition, the Lenovo Z5 Pro GT is on par with the Honor Magic 2 and also offers a fingerprint sensor in the display. The Mi Mix 3 still has the disadvantage here. On the other hand, the GT with dimensions of 155.12 x 73.04 x 9.3 mm is significantly thicker than the competition. But you don’t necessarily notice this in the total weight of 210g.

On the back you want to honour the name suffix “GT”. Because this version comes in the carbon optics on the market, which is also popular in the automotive sector. This optic is complemented by red details, for example on the camera. The “normal” Lenovo Z5 Pro, on the other hand, comes in classic black. On the back, there is only the dual camera, which is arranged vertically and sits centrally in the upper third. Below is the flash; the Lenovo logo is at the bottom of the back. 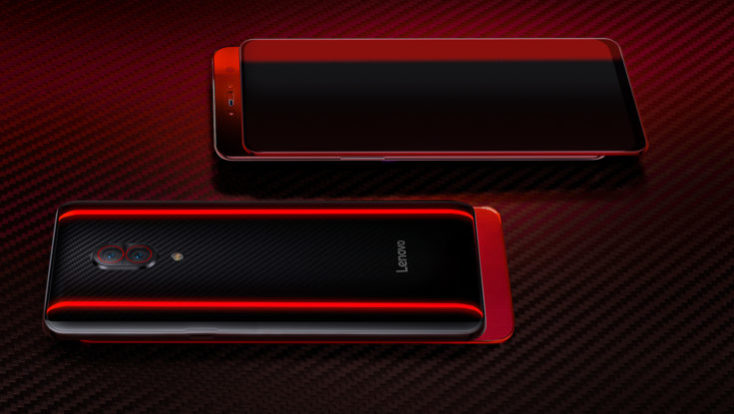 In principle, the slider works just as mechanically as we know it from the competition. To do this, simply slide the display down, making the front camera visible at the top. The positioning of the front camera is also the main reason for the implementation of the slider mechanism. How the slider performs compared to the Magic 2 can only be evaluated in a test. So far, the Magic 2 is our favourite in terms of the haptics of a slider phone.

But the Lenovo Z5 Pro GT has attracted much more attention because it is the world’s first smartphone with 12 GB of RAM! If you choose this version, you get 512GB of internal memory. The Z5 Pro is also available with 6 GB or even 8 GB RAM, which in our opinion is more than enough. Then you also have to make do with the Snapdragon 710. Apparently, it’s also more about pure marketing, as 12 GB are currently quite overkill.

The processor almost gets into the background. And that, although it’s the brand-new Snapdragon 855 processor, which will be used for almost all Android flagships (except Huawei/Honor) in 2019. The new Octa-Core catapults the Lenovo Z5 Pro GT to an astonishing AnTuTu benchmark value of about 368,000, which enabled it to beat a Huawei Mate 20 X, for example. In terms of performance, it is currently still the strongest Android smartphone on the market, even though other manufacturers like Xiaomi will soon be competing with the Mi 9.

The slider smartphone accommodates a total of four cameras. The dual camera on the back consists of a 16 megapixel with ƒ/1.8 aperture and an 8 megapixel sensor. The hidden front camera also consists of two sensors with 16 and 8 megapixels each. The battery has an average capacity of 3,350 mAh. It can be charged quickly but probably not wirelessly!

For the moment only for Asia

If you already want to press the “Order” button with your cursor, you should think again. After all, the Lenovo Z5 Pro (GT) will already be sold on January 24th, but only in China. For us, this means that it will probably appear completely without multilingual voice output and we will also have to do without some LTE bands. After all, there are LTE B1/B3/B4/B5/B7/B8, Dual Band WiFi, Bluetooth 5.0 and USB Type C available. A 3.5 mm jack connection is also not to be expected.

Although Android 9 is pre-installed on the new slider phone, ZUI 10 is above it. Lenovo’s own interface is strongly adapted, similar to MIUI on Xiaomi smartphones.

In terms of performance, the Lenovo Z5 Pro or GT is really a monster. The new Snapdragon 855 will do its job extremely quickly and the processing and implementation of the slider should also be right. The 12 GB RAM are really pointless and only showmanship. Unfortunately, we haven’t tested enough Lenovo smartphones yet to give a well-founded assessment. Especially the camera and battery life are two exciting aspects.

If you want to get a bit cheaper, you can also use the normal version, the Lenovo Z5 Pro. Do you think that the Lenovo Z5 Pro GT could keep up with the Xiaomi Mi Mix 3 and the Honor Magic 2?