1 Kommentare July 17, 2019by Thorben
Hey, guys! Just a heads up: The linked offer is already a bit older and the price of the gadget might have changed or it might not be available anymore.

We haven’t tested that many Lenovo smartphones yet, but we think the Lenovo Z6 Pro had a lot of potential for the flagship market. In the mid-range, there is now a real Xiaomi competitor. The Lenovo Z6 Lite is well equipped for less than $200 and even offers a triple-camera. 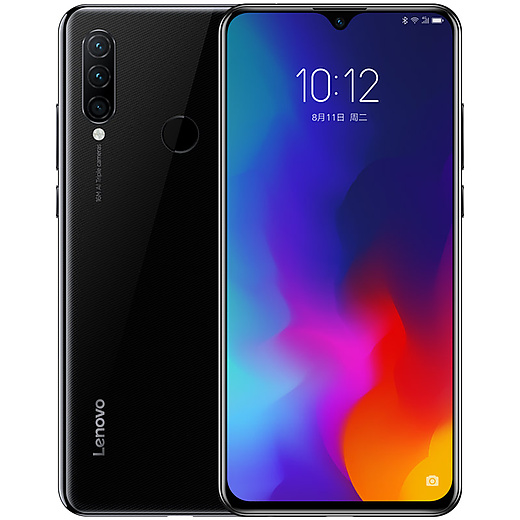 In the mid-range smartphone class, design is not really a problem and manufacturers focus on established standards. So the waterdrop notch as part of the 6.3 inch display doesn’t surprise us anymore and strongly reminds us of the Xiaomi Mi 9. The panel is an IPS LC-display with a resolution of 2340 x 1080 pixels, because AMOLED screens are also rather unusual in the price class. The screen edges look pleasantly thin to us, but in practice they might turn out to be the same as with the UMIDIGI F1. 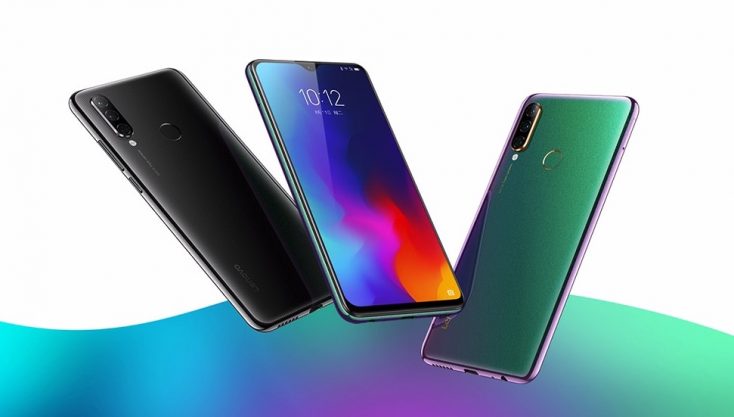 The back also reminds us of the two models mentioned. The triple camera is in the upper left corner, the flash is underneath. As we have seen it on Huawei models, the Lenovo emblem is parallel to the side. The fingerprint sensor is hidden centrally in the upper third on the back. The dimensions of 156.6 × 74.3 × 7.88 mm are certainly not surprising any more in 2019, with the weight of 164 g you are even a bit lighter than the competition. Especially the green colorway immediately catches your eye, the black back is rather classic.

While the design of the Lenovo Z6 Lite is absolutely state of the art and not surprising, the built-in hardware is the reason for the smartphone’s potential. After all, the Snapdragon 710 processor sits on the board here. An Octa-Core CPU with Kryo 360 cores and a clock frequency of up to 2.2 GHz, which we also saw in the Vivo NEX or Xiaomi Mi 8 SE. In the current Xiaomi Mi 9 SE there is the SD 712, which represents only a minimal improvement in performance. This version also has 4 GB RAM and 64 GB internal memory, which can be expanded using a microSD card.

We are especially excited about the camera. A triple camera setup basically sounds good, but it’s only about two native focal lengths. The 16 megapixel main sensor offers a wide-angle focal length with ƒ/1.8 f-stop, while the secondary sensor offers an 8 megapixel resolution with ƒ/2.4 f-stop and provides for telephoto shots. You can even achieve an eightfold hybrid zoom, according to Lenovo. The third sensor offers only a 5 megapixel resolution and is unfortunately not responsible for ultra-wide angle shots, but only for collecting depth information for portraits. The front camera has a 16 megapixel sensor.

Not to be neglected here is the large battery, which at 4,050 mAh is even slightly larger than that of the Redmi Note 7. However, this doesn’t matter in practice. The most important thing here is how well the pre-installed ZUI10 operating system is optimized on an Android 9 basis. After all, the OS is multilingual in the international version, so it can also be used in German. In addition, all Google services like the Play Store seem to be pre-installed.

The Lenovo Z6 Lite also comes with LTE Band 20, as well as LTE Band B1/B2/B3/B5/B7/B8. It also supports Dual SIM, if you can live without the memory expansion. So it is indeed a global version, which should be ready for worldwide use without any problems. For local Internet 802.11 a/b/g/n/ac 2.4G & 5GHz Dual Band WiFi is available, for connections with peripheral devices Bluetooth 5. The Z6 Lite hardly disappoints on the hardware side either. Finally, there is a USB type C slot on the bottom, closely followed by a 3.5 mm jack connector.

But of course the Z6 Lite is not perfect either. Unfortunately, you don’t get an NFC module for the money, so it is the same as Xiaomi smartphones in this price range. In addition, you also have to live without Quick Charge 3.0, although an 18W charger is probably included in the box, the phone only supports 15W strangely enough. Moreover, the Lenovo Z6 Lite isn’t water-resistant.

The Lenovo Z6 Lite is very interesting in our eyes, even though the design is now the absolute standard. But it’s the combination of a good CPU, triple camera, large battery and a variety of connectivity options that make this phone your real Redmi competitor at less than $200. Although only a full review can show how well the camera performs and whether the OS is able to cope well with the hardware, we are optimistic based on our positive experiences with the Lenovo Z6 Pro.

Should we test the Lenovo Z6 Lite or do you have other ideas in the mid-range range?