0 Kommentare May 11, 2019by Thorben
Hey, guys! Just a heads up: The linked offer is already a bit older and the price of the gadget might have changed or it might not be available anymore.

The mobile phone evolution is currently somewhat bogged down: Smartphone manufacturers actually only produce large smartphones with diagonals beyond 6 inches. The Melrose S9 Plus has a completely different appearance, with a 2.45 inch display diagonal it fits in every pocket. But how much “smartphone” can you still get here? 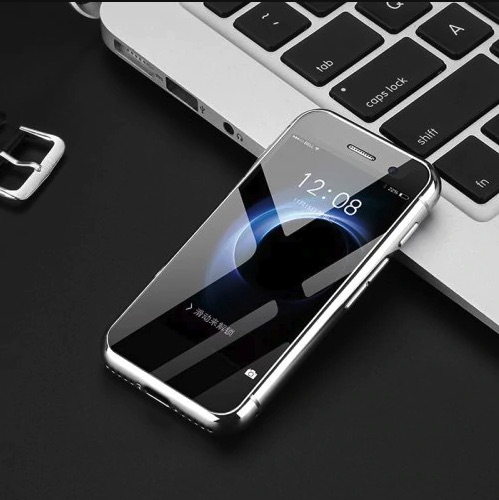 Size matters: as big as a lighter

One of the most important smartphones of the last generation was certainly the iPhone X, at least in terms of design (keyword: Notch). The Melrose S9 Plus also takes up this look. At least there’s a Notch available, but it’s not a Notch at all. After all, it’s indicated with an earpiece and a front camera, but it’s not part of the screen. Thus, under this upper edge of the screen is the mentioned 2.45 inch IPS display with a resolution of 432 x 240 pixels; the HD age has not begun here – but it doesn’t need it either. 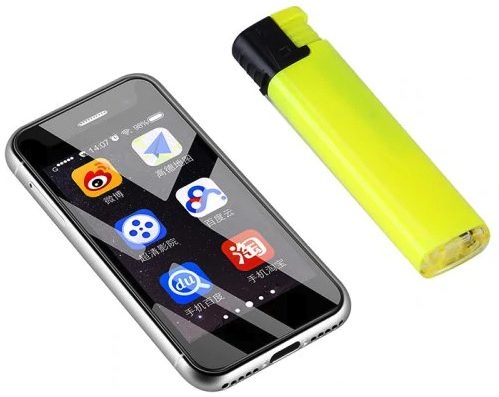 On the back, the resemblance to the iPhone X – and meanwhile many other devices – is clear. The camera seems to be arranged vertically like a dual camera, but no dual cam is installed at all. The sensor is built into the module together with the LED flash to imitate the look of a second camera. Otherwise you will only find the Melrose logo and some technical data on the back. The S9 Plus – partly also known as K15 – is available in black or silver.

But what matters is the size, size matters and so on. After all, the Melrose S9 Plus with a length of 9.1 cm is hardly bigger than a standard lighter. But at 4.3 cm it is a bit wider and at 0.88 cm thick it is also a small delight. Nevertheless, the mobile phone only weighs 62g! That’s more than 100 g less than most smartphones today. 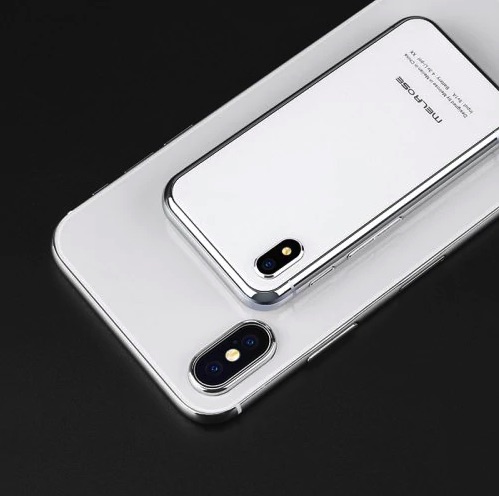 Surprisingly, there is a bit more power inside than you would expect at first. After all, the MediaTek MT6737 is a quad-core processor with a clock frequency of 1.5 GHz. However, it’s quite old. But there is also only 1 GB RAM, which is already more than borderline in 2019. The internal memory is 8 GB, whether this is expandable, but is not 100% clear. Shops confirm this, allegedly there is also a microSD card in the scope of delivery, other sources claim the opposite. 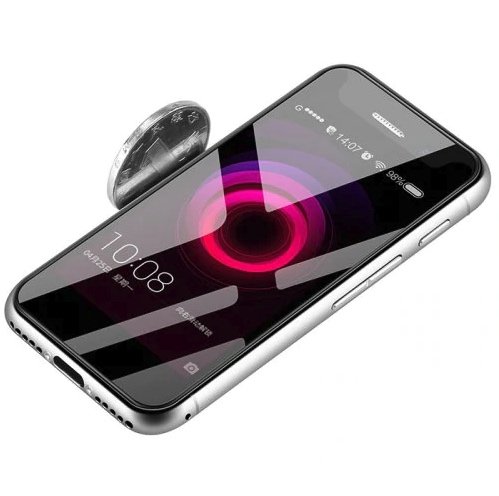 The phone is powered by a non-replaceable 1,580 mAh battery, which should give the small smartphone a solid battery life. How long the battery lasts exactly can only be said after a test. This also applies to the quality of the 5 megapixel camera on the back and the 0.3 megapixel front camera. We simply don’t expect anything at this point, then you won’t be disappointed.

The software is more exciting here: It was to be expected that no Android 9 is available, but in my opinion Android 7 is still acceptable. However, the operating system doesn’t really seem to be certified, since no Google Play Store is pre-installed. Whether it’s easy to install it, we can’t say yet. But it should be possible to download at least the most important apps via a third party app store like Aptoide. At least some Android-typical apps are pre-installed. The Melrose S9 Plus can easily be used in other languages.

The Melrose S9 Plus has fixed us somehow, even if it is not completely new on the market. In contrast to the L8Star Mini you have the advantage that it is a real smartphone. Whether it is now perfectly suitable as a daily-driver is a question of time. Then you have to be sporadic on your mobile phone. But if you are looking for a second mobile phone, a transition mobile phone or a festival/holiday smartphone, you will surely get an interesting option here. But since it’s so compact, it might also appeal to those who find a Xiaomi Mi 9 SE or Elephone A6 Mini too big.