0 Kommentare August 9, 2018by Thorben
Hey, guys! Just a heads up: The linked offer is already a bit older and the price of the gadget might have changed or it might not be available anymore.

We have built robots, motorcycles and pistols from building blocks, and with metal puzzles we have already got bloody fingers. This kit is something else. The fairing of the sports car is held together with dozens of small screws – and inside is an engine, because it can also be remote-controlled. 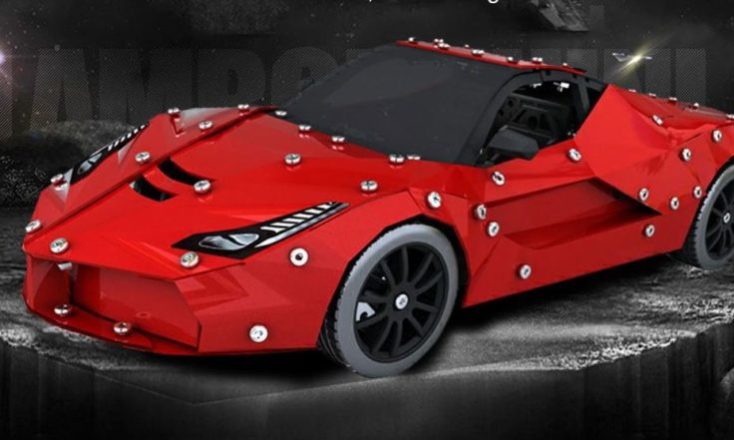 Kits like this one may be aimed primarily at children and young people, but of course it can also appeal to adults. In several steps, the chassis and the engine are first assembled and then the body is built around it. It is fixed with a total of 189 small screws.

By the way, the cladding is not, as you might expect, made of metal, but of plastic. A pity, because that would have made the car even more valuable, but probably also slightly more expensive. The chassis is also largely made of plastic. Only screws and nuts are made of metal, which thus account for most of the weight of the vehicle.

The only advantage: metal plates might have had sharp edges if they were not punched cleanly (which is a common occurrence in metal kits). After all, the risk of injury is somewhat lower, so that children can also have the car assembled.

Small highlight after assembly: The sports car can be remote controlled. A small remote control is already included in the package and only needs batteries. We don’t expect all too high speeds now, more of a gimmick.

In addition to the almost 600 individual parts, the packaging of course also contains a construction manual as well as the appropriate tools and the remote control.

We have already received the kit and will certainly build it up in the next few days. Then we can also give you a final assessment of how good the kit is and whether it is a worthwhile purchase for hobbyists large and small. What’s your first impression?