0 Kommentare December 2, 2020by Tim
Hey, guys! Just a heads up: The linked offer is already a bit older and the price of the gadget might have changed or it might not be available anymore.

Even if the topic will (rightly) disgust some: Anyone who has ever had mold in their home because of a burst pipe, old masonry or simply insufficient ventilation knows these huge canisters that draw water from the walls. The Midea Cube makes up only about a third of the size of such devices, but still offers 35 pints / 20 liter of filling capacity and simultaneously cleans the air. We were allowed to try it out. 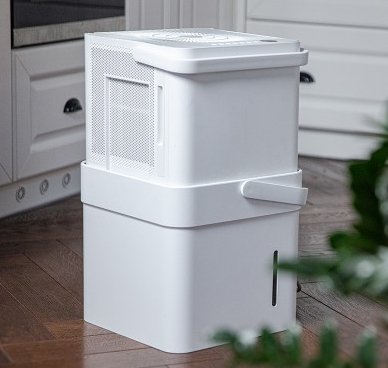 We were allowed to test a preliminary version of the Cube. At the time of our test phase, the dehumidifier could only be integrated into a beta version of the upcoming iOS app, but Android should be finished after the crowdfunding phase.

With its dimensions of 65.9 x 35.1 cm, the Cube is anything but small, yet it is advertised as being significantly smaller than comparable models. And it is. In addition to an instruction manual, the scope of delivery includes a canister with the potential filling capacity of 20 l / 35 pints. A kind of catch basin, in which the water absorbed from the air and the walls is collected. 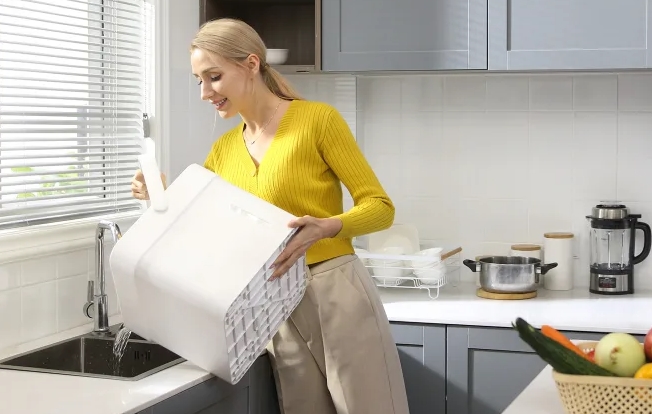 So you can transport the Cube (it still weighs 15 kg) and empty the canister over the wash basin. A hose is also included so that you can also pump out water. 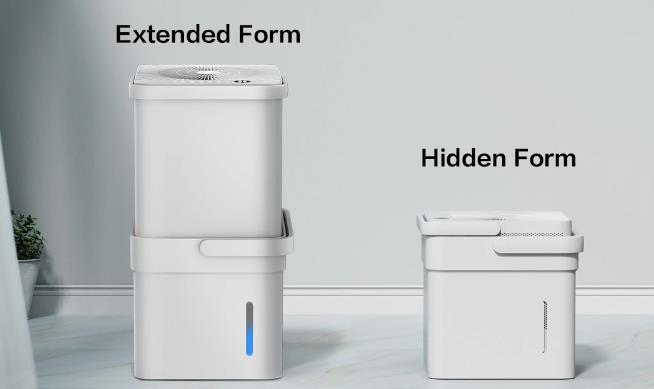 Through a narrow viewing gap on the canister it is possible to see how much water is in the canister. Using the controls at the top of the cube itself or the app control provided (currently still in beta phase), the user can set how much water may land in the canister. We were allowed to try out the beta version of the app and could already see the range of functions and the fact that everything works as it should.

Using the buttons on the upper side, you can connect the cube to the WLAN, set the retraction force and air cleaning and even see what the humidity in the room is like via a small, round display. The user can also set the value that the device should reach until it switches off the dehumidification process.

The low operating volume of 44 dB was confirmed during testing. So you can hear the device in the same room, but it is not particularly disturbing acoustically. We have compared it roughly to the sound of a fan.

In any case, we can say: The device does everything as it should, but of course it is no design wonder. We didn’t know the crowdfunding price during the test phase and find it surprisingly cheap.

Oh, we don’t want to withhold the slightly eccentric advertising video for the Cube from you:

By the way, Midea is a leader in the field of air conditioning in China and beyond. The Chinese manufacturer produces just about everything you can imagine in the household. Do you already know Midea or are you reading about it for the first time?