0 Kommentare December 26, 2020by Jens
Hey, guys! Just a heads up: The linked offer is already a bit older and the price of the gadget might have changed or it might not be available anymore.

My first impression was: “Why is this drone so ugly?”, and I actually wanted to move on. But when I took a closer look, it struck me: The feature might be quite funny. This little drone can display short texts, which looks pretty cool, especially in the dark. 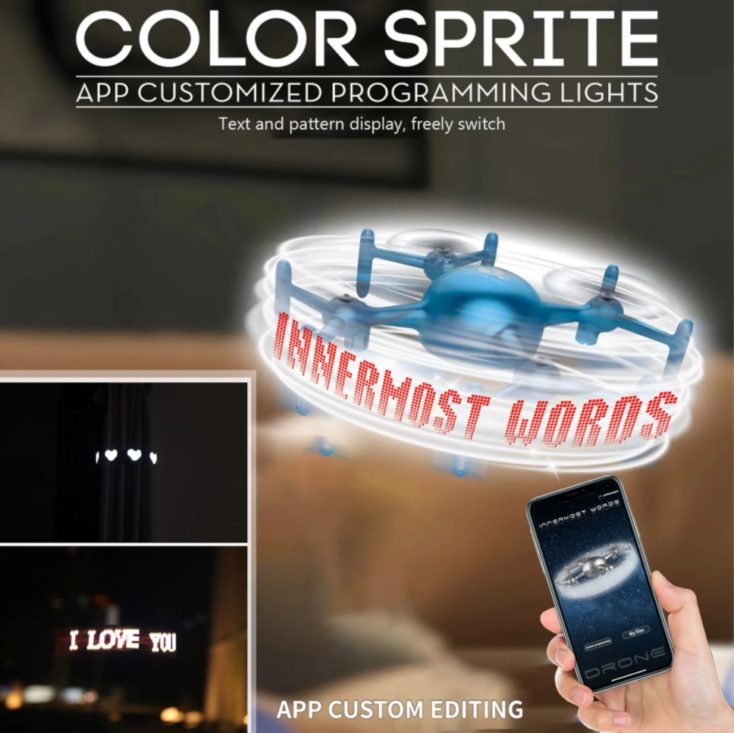 The manufacturer here is not a well-known brand. You can’t really tell anything from the X09A designation either. However, that is also irrelevant, since the only thing that stands out here is the special feature, the LED display. For the sake of completeness, let’s take a quick look at the other technical details.

The X09A comes with a standard 2.4 GHz remote control, whose range is given here as 60-80 meters, but is probably closer to 30 meters. Doesn’t really matter, you won’t fly 80 meters with this one anyway. The 750 mAh battery should provide up to 7 minutes of flight time. Not necessarily a bad value for small drones, but you can get the same thing much cheaper.

The drone maintains its altitude independently (do they even make new models that don’t?) and takes off and lands at the touch of a button. Rollovers are also possible. All in all, pretty ordinary; drones with the same features are a dime a dozen these days.

What makes it special, however, is the LED display. To be precise, it’s 8 individual LED strips attached to the ends of the drone’s arms. The fact that the drone rotates quickly around its own axis then creates the impression of a picture or lettering. (The drone thus flies virtually continuously in headless mode.) This can be set via an associated app. According to the description, you can even switch between different displays during the flight. 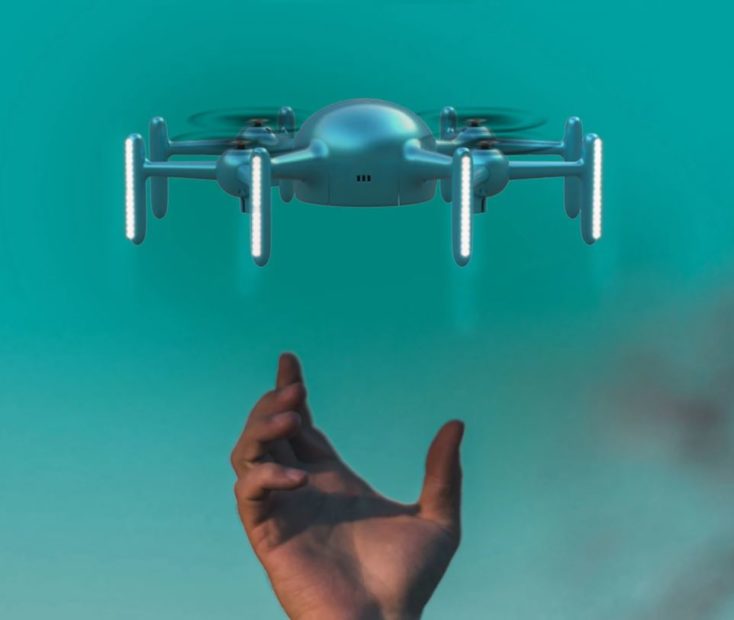 Unfortunately, there are hardly any real images of how this should look in practice. TomTop links to a Chinese YouTube video, in which nothing is understood, but the feature can be seen in action.

What do you think of it overall? Personally, I think the idea is cool, it’s funny and fits the idea of the drone as a toy. The effect is especially good at night/in the dark. I still wouldn’t necessarily advise buying it here, though, because $50 is just too much money for what you get. I just hope that someone takes the idea and sells a cheaper version – which ideally is also easy and precise to fly. Let us know what you think of the concept.