0 Kommentare October 27, 2021by Jens
Hey, guys! Just a heads up: The linked offer is already a bit older and the price of the gadget might have changed or it might not be available anymore.

Excavators are fun. While I was recently excited about the CaDA C61082W, my jaw drops when I see the Mould King 17006. The set is not only incredibly large (over a meter long) but also fully motorized. 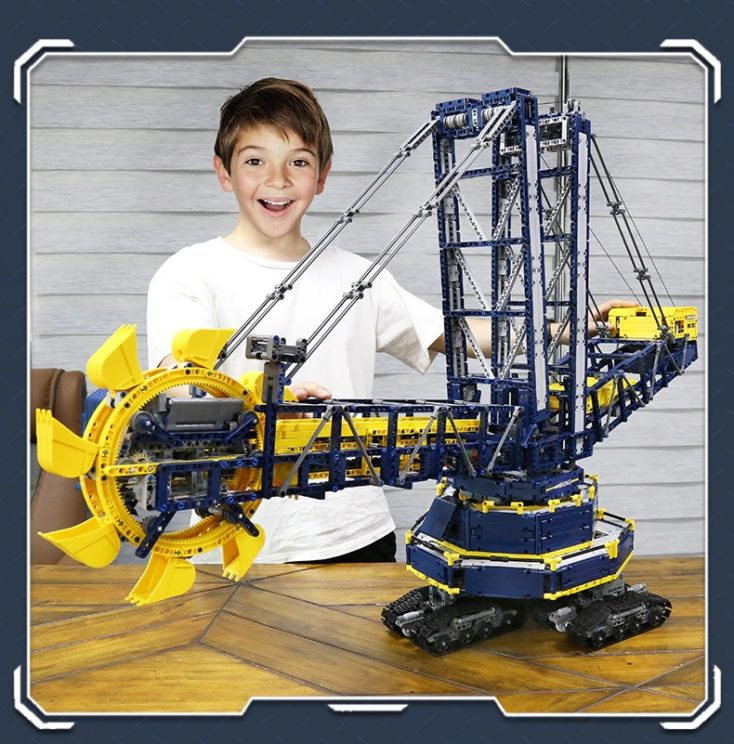 Bucket wheel excavators are among the largest vehicles in the world (Wikipedia tells us: a certain model is even the largest land vehicle ever). So it’s no wonder that this replica made of clamp bricks also towers above many other sets. Four and a half thousand parts are impressive in themselves, but they also lead to particularly striking dimensions here. According to the seller, the finished excavator measures 116.5 x 34 x 75 cm – put it somewhere at home.

The color scheme is a mixture of dark blue and money. At least yellow somehow fits to construction vehicles or excavators in the broadest sense, but instead of blue I would have preferred another color. But the excavator does not look bad and in the end it’s a matter of taste anyway. 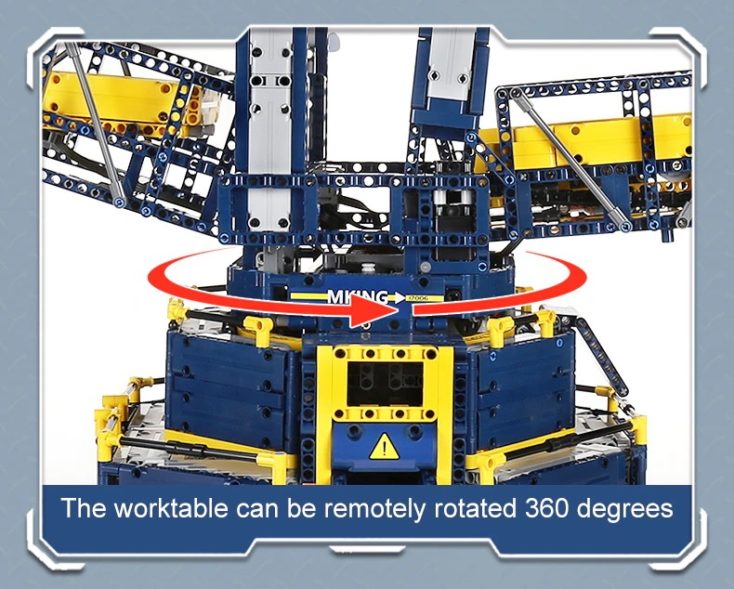 Of course, the construction takes some time due to the size. And it should not be very easy – for children, for example. Mould King specifies 14 years as the minimum age, which is probably about right. Otherwise, you can of course tackle such a project together with your offspring.

Even if a set of this size and price range is perhaps more of an exhibition piece, you can also play with it excellently. Not only are many parts movable, most are also motorized and remote controlled. A total of six motors are installed here. The excavator as a whole can be rotated 360 degrees and can of course also drive via the chains. The bucket wheel rotates and the conveyor belt that transports the overburden away also runs. Excavator fans will get their money’s worth. The control unit with the batteries is located in the rear part of the excavator. A remote control is included, but you should also be able to operate the vehicle via app (I personally think this is superfluous).

For what’s on offer, 350$ is an absolutely fair price – some other manufacturers wouldn’t manage that. Perhaps especially with a view to Christmas (late October is definitely not too early to at least think about gifts) perhaps a purchase for terminal block and mining fans.