Spend all your money in seconds? No problem with the money gun for $10.99

0 Kommentare February 27, 2019 by Maike
Hey, guys! Just a heads up: The linked offer is already a bit older and the price of the gadget might have changed or it might not be available anymore.

The legendary soccer player George Best once said: “I spent a lot of my money on alcohol, women and fast cars. I just squandered the rest”. If you want to be like the gentleman, you’ll need the red money gun for the next party. 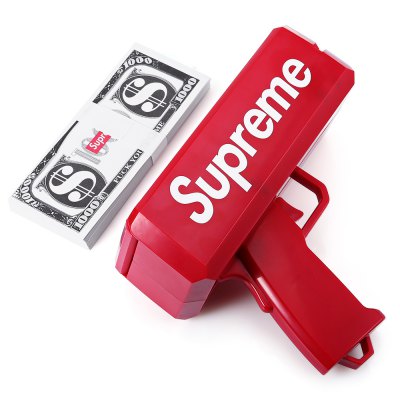 If the pay packet is still full, you can really hit the party with this gadget and be the eye-catcher at the next party. If your wallet isn’t quite as full as it was at the beginning of the month, it’s worth investing in some toy money notes or just plundering the Monopoly game that’s already dusty in the closet. So next time you can buy the Boardwalk with a bit more style. Apparently there’s also a stack of banknotes. The money gun can also be used for flyers or other things and could be very useful at various events.

With 268 g and dimensions of 18.5 x 8.2 x 16.5 cm, this plastic weapon is not even that heavy and should be portable everywhere. Just maybe not in the bank to withdraw money, that could be problematic. For the operation you still need the suitable 9 V block battery, which is already included with GearBest in the scope of supply. The banknotes that are included have a width of 67 mm. I think almost all dollar bills will fit in there. 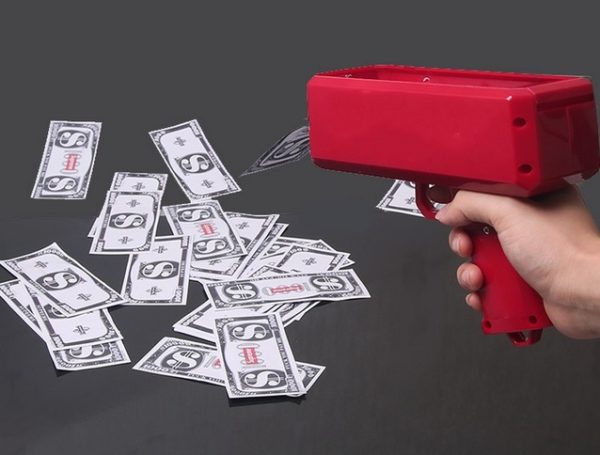 The money gun could be the gag at your next party. But you can use it as you like, and with a little practice you might even be able to deal the cards on the next round of poker? Who knows… If you try, we’d like to have the video of it!