0 Kommentare April 22, 2021by Jens
Hey, guys! Just a heads up: The linked offer is already a bit older and the price of the gadget might have changed or it might not be available anymore.

The set 15049 from Mould King is a small robot made of 468 parts, motor and two LEDs. Through the app integration, the set invites you to play and you can even create simple programs for the robot. 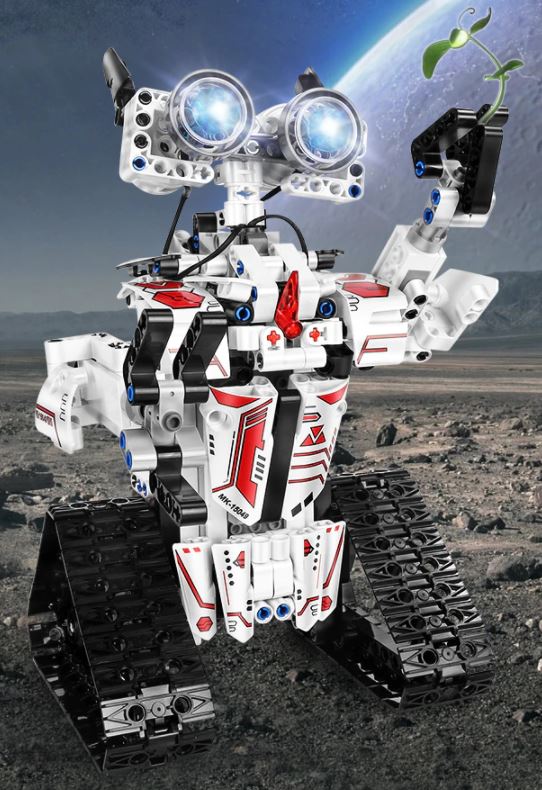 I really loved the movie, like actually every Disney one and the similarities between the Mould King set and the animated WALL-E can’t be denied. Apart from the identical pose on the product image and the movie poster, you can still see a few parallels. Only in terms of color and body shape do the two differ, which is probably due to the proprietary design of the Disney robot. 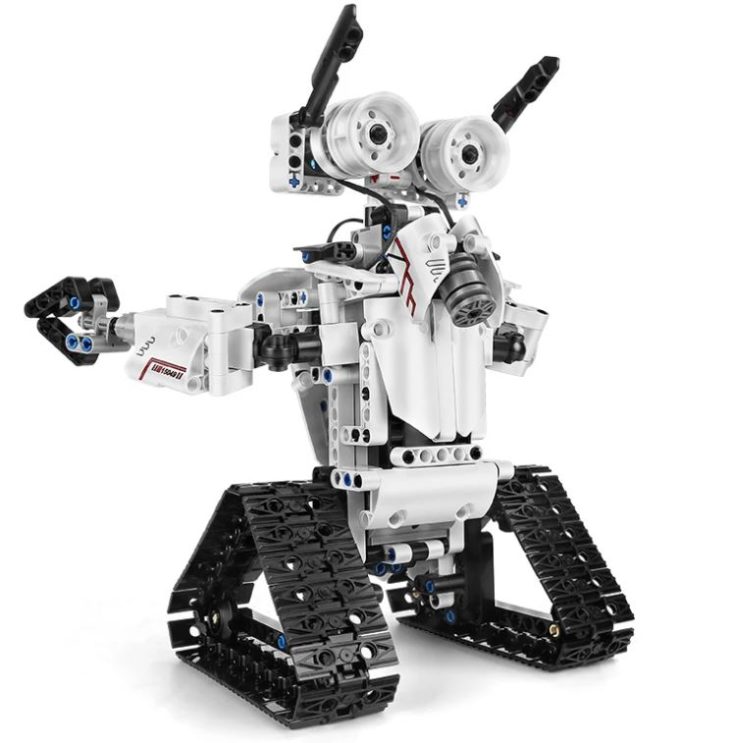 The Mould King robot consists of 468 parts and even comes with the original box as well as printed instructions. At this point it should be said that the robot with the dimensions 27 x 15 x 15 cm is really very small. However, for the price including the motor and remote control, this is okay. 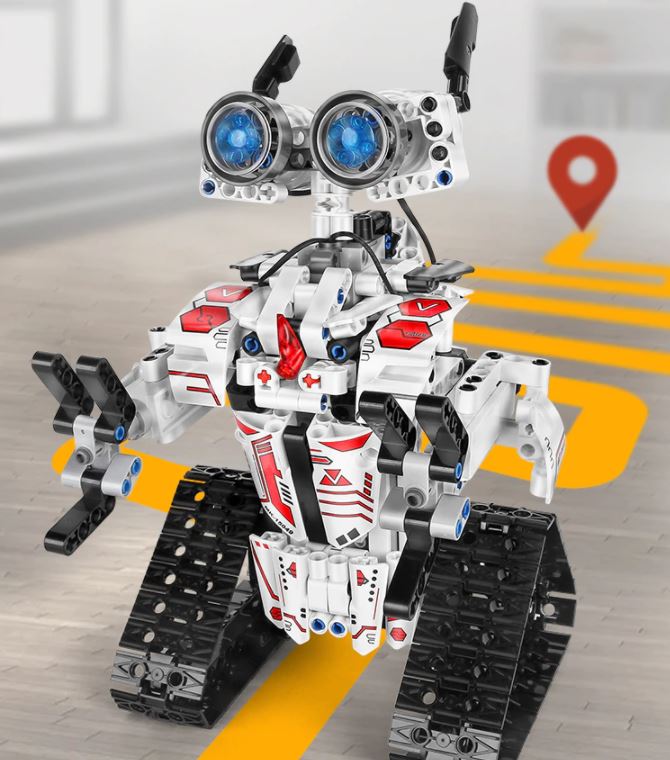 The heart of the robot is of course the power module, which powers the LEDs for the eyes and the sprockets. But the most important feature of the robot is the Mould King app. With it, you can not only control the robot, but also program it. The programming function is of course designed to be child-friendly and you can drag and drop to set where the robot goes, whether it takes a break in between and you can even loop the whole thing. In addition, there is even a voice control, although I assume that this function is only available in English. 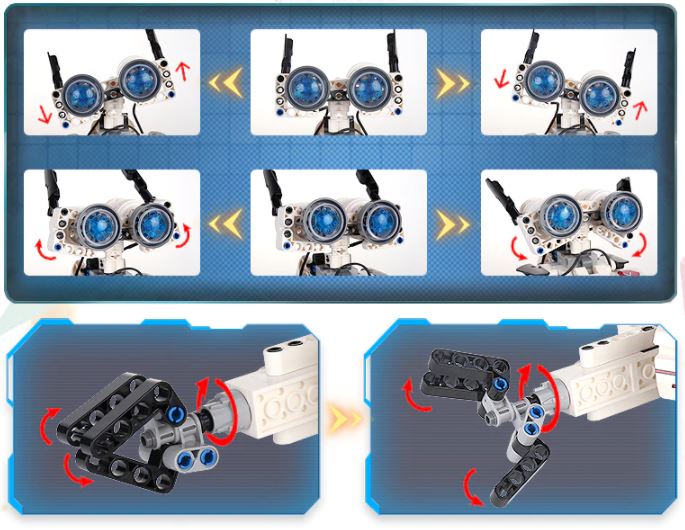 The head with the two big googly eyes can be bent, with which you can give the robot different facial expressions, admittedly, is already cute.

Price-performance here with this set is similar to other manufacturers like CaDA, plus the possible shipping from an EU warehouse is always a good thing for Europeans. So you don’t have to worry about problems with customs or an interminably long delivery time. The set itself is of course aimed more at children who can also play with it and who do not expect too complicated construction here.