Narwal J1 Pro self-cleaning vacuum mopping robot: Is it coming to us?

0 Kommentare April 24, 2021by Tim
Hey, guys! Just a heads up: The linked offer is already a bit older and the price of the gadget might have changed or it might not be available anymore.

Hardly any household robots have excited us so much in the past – and then left us so disappointed. Only those who crowdfunded the first Narwal vacuum-mopping robot have it in their homes today. Including today still pre-modern cleaning station, which cleans the mops attached to the bottom.

But the first masterpiece from the Chinese manufacturer Narwal Robotics never made it to Europe/the USA, despite a successful crowdfunding campaign. Maybe – no, hopefully – we’ll have better luck with the new Narwal J1 Pro. 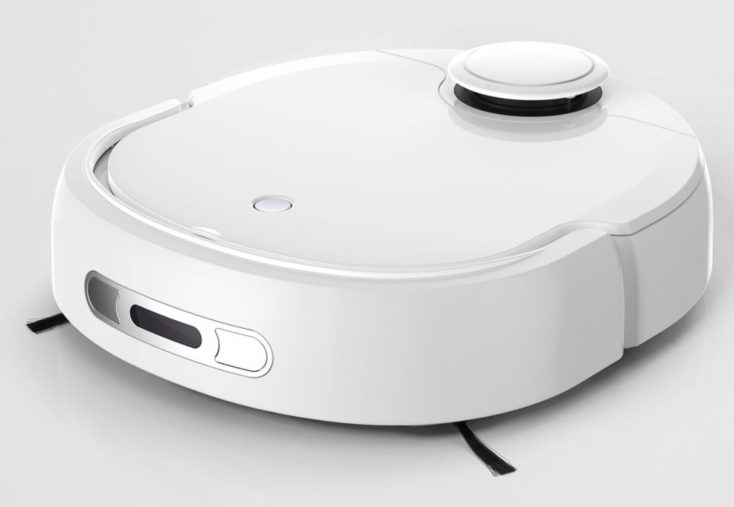 The unicorn of the seas cleans itself

Narwal Robotics announced then, Just over two years ago, the world’s first vacuum robot with wiping function that can clean its microfiber cloths independently. In general, two rotating wiping pads on the underside were still a rarity until then. Only, for reasons unknown to us, the robot never made it to us.

Until today, we never really understood why no other (Chinese) manufacturer has adopted this technology so far. Precisely because in the Far East, people like to look left and right. “Self-cleaning” the Narwal J1 Pro, like its predecessor, is made possible by the included charging station, which is anything but small and, in addition to charging the battery, is also equipped with two 5-liter water tanks. One for dirty (brown tank), one for fresh water (blue tank).

“Oh, my mops are dirty, off to the station!”

The Narwal’s built-in algorithm detects when its two bottom-mounted mops have picked up so much dirt that they need to be cleaned while performing the mopping function. When this occurs, it makes its way directly back to its charging station where its microfiber cloths are washed through and then goes back to work. Only the refilling of fresh water and emptying of the dirt container does not work autonomously here.

If you want to know more about the self-cleaning station, check out our review of the first Narwal vacuum mopping robot. The Narwal J1 Pro navigates by means of precise laser spatial measurement. This is done in combination with an integrated SLAM (Simultaneous Localization and Mapping) logarithm, which enables the robot to create and display a visual map of the premises in the associated app.

The main focus of the Narwal Robot is the mopping function, clearly. If you don’t need the mopping function, you can safely look at cheaper vacuum robots.After all, the price for the first Narwhal in crowdfunding was already a hefty 500€/$599 upwards – depending on the funding package, of course.

Outlook: Narwal Robotics soon for us?

Technical data, functions and, strictly speaking, everything except the information here in the article is missing about the model so far. In between, you have to take a leap of faith, so at this point I’ll put forward a hypothesis that can be completely wrong or spot on: The Narwhal J1 Pro is identical to the first Narwal, has taken off the kids’ shoes and is now being launched worldwide. The first Narwal did not have an exact product name, here we now have one. I assume that it is exactly the same robot, only maybe changed in the software and now finally becomes available for us to order. Maybe I just hope so, I just want to know the Narwal in more living rooms!

But now there is some bad news from the iF-Design website, which contradicts my theory for now:

Well, targeted regions don’t necessarily have to remain the only regions where the robot is available for purchase in the end. Hope dies last, but is already diminished here.