0 Kommentare June 16, 2019 by Maike
Hey, guys! Just a heads up: The linked offer is already a bit older and the price of the gadget might have changed or it might not be available anymore.

When the temperatures get warmer from day to day, then you know: summer is coming! At the same time you start sweating a lot more. This means that you should always have a handkerchief ready to wipe the sweat off your face. But what to do if you don’t have one? The neck band fan could help us here. Is this perhaps THE gadget for the hot summer? 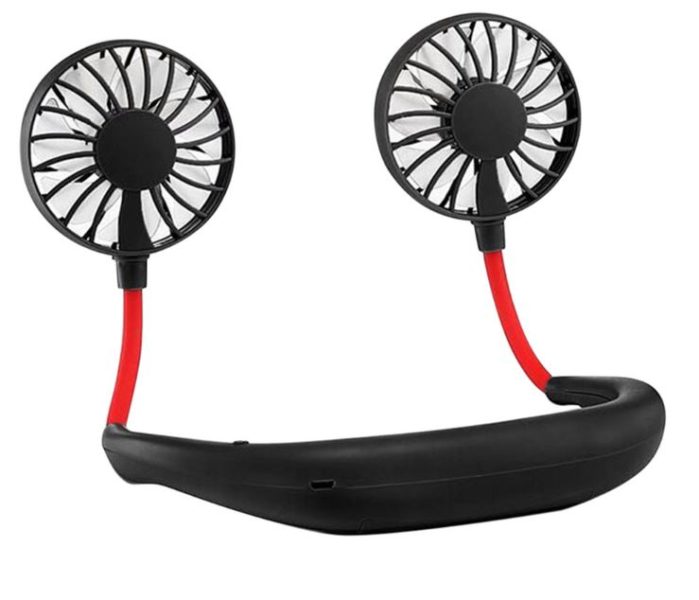 The fan is made of ABS material and silicone. With the dimensions of 25 x 18 cm it is quite portable. The special thing about the fan is that it has a neckband. You might already know this from some headphones. But instead of two headphones, the neckband is equipped with two fans that should always provide a fresh breeze. You can choose between three different colours: Black, white and light green. 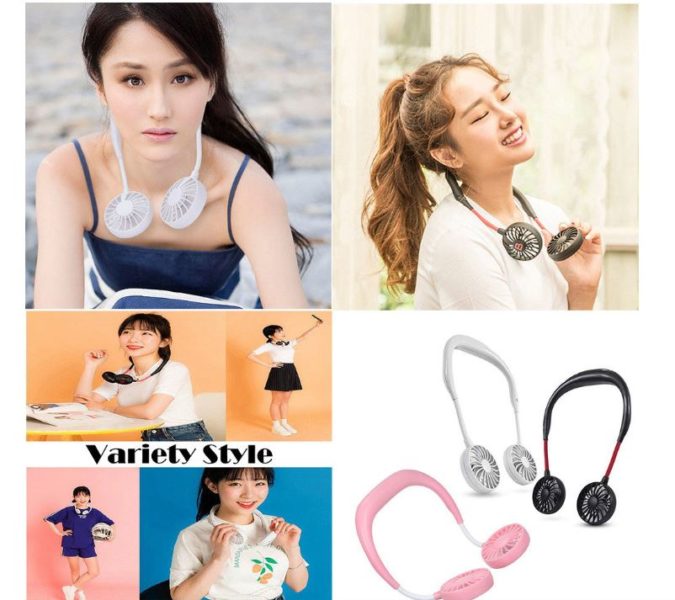 The China gadget is powered by a built-in 1200 mAh lithium battery, which should provide a cool breeze for six to ten hours with a charging time of two hours. In addition to the neckband fan, the scope of delivery includes the corresponding micro-USB cable with which the device can be charged. However, no adapter for the power socket is included.

A rotation of 360 degrees

A feature of the fan are the 360 degree rotatable brackets. This allows you to align the two small fans in almost any direction you can think of. But how do you use the device? There is exactly one switch on the belt with which you can switch the device on and off.

In addition, it is possible to switch between three strength modes at the touch of a button. Depending on the weather conditions you can either get a slight breeze or a halfway strong breeze.

Purely from the idea I think the neck band fan is great. However, I think it is rather impractical in practice depending on the situation. While it would be very helpful in everyday office life, the device would interfere with leisure activities, such as jogging. Especially if the neckband is not non-slip. Furthermore, such fans are rather rare in this country, which is why they attract a lot of public attention. For people who don’t like to be the centre of attention, it’s rather semi-good.

And what do you say? Would the gadget be something for you?