New: Powkiddy A20 console for 3D games will be released in mid-September

0 Kommentare September 5, 2021by Jens
Hey, guys! Just a heads up: The linked offer is already a bit older and the price of the gadget might have changed or it might not be available anymore.

The latest Powkiddy console is supposed to be released in mid-September 2021 and will also be able to render 3D titles smoothly. Externally, the Powkiddy A20 is reminiscent of the classic Gameboy. 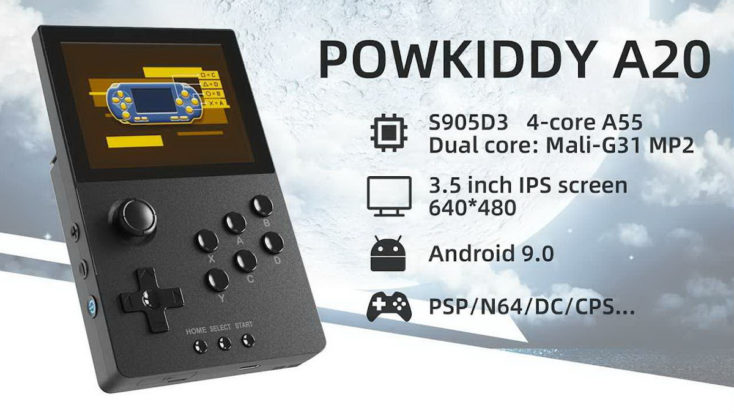 Powkiddy is known for handheld consoles, and we have also tested a few devices like the Powkiddy Q90 or the small A66. So they are not an unknown quantity. What was insufficiently or not at all supported on most of the consoles we had tried so far were 3D games. Most of these devices, often called “retro consoles”, are primarily intended for the classic games of the SNES generation and do not have the hardware to play newer titles.

The Powkiddy A20 features an S905D3 with four Cortex A55 cores and 2 GB of DDR4 RAM. In a video, the console is able to smoothly render Monster Hunter Portable 3D, which was released for the PSP in 2010. The player faces off against a Grand Jaggi in this short demo video, which isn’t the most graphically demanding fight in the game, but it plays without jerkiness here. The loading times between the individual areas are also very short. 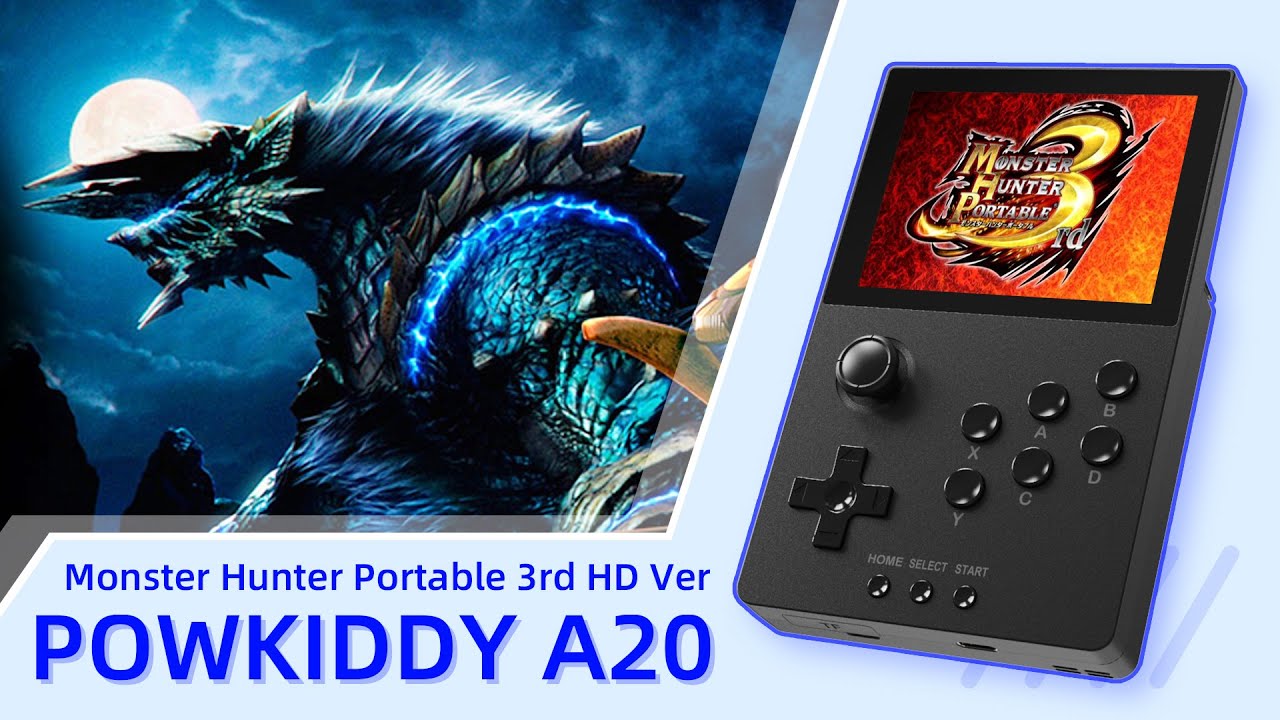 The installed memory is 8 GB eMMC flash memory that can be expanded with an SD card. The display is 3.5-inches and has a resolution of 640 x 480 pixels. A 3,000 mAh battery is supposed to be enough for 3.5 hours of gaming time, but this should be an upper limit that is not always reached.

As usual, several emulators are supported, and the well-known classics should all be found here as well. With the better equipment, however, the focus here is naturally on the first 3D generation, and N64, Playstation1 and PSP are supported. So it’s a good opportunity to play the popular childhood classics here again in handheld format.

The console measures 14 x 8.7 x 1.8 cm and weighs 185 g. As mentioned, the design is based on the Gameboy, but there are considerably more buttons, such as shoulder buttons and an analog stick. A price is not yet known, nor is an exact release date. However, September is planned, so we can expect more information in the next few days or weeks.