2 Kommentare February 23, 2021 by Maike
Hey, guys! Just a heads up: The linked offer is already a bit older and the price of the gadget might have changed or it might not be available anymore.

NexTool supplies creative multifunctional gadgets in addition to powerful flashlights. After the Multi-Tool and the rescue hammer, there is now a 6 in 1 flashlight. As of now I can only come up with five main functions. 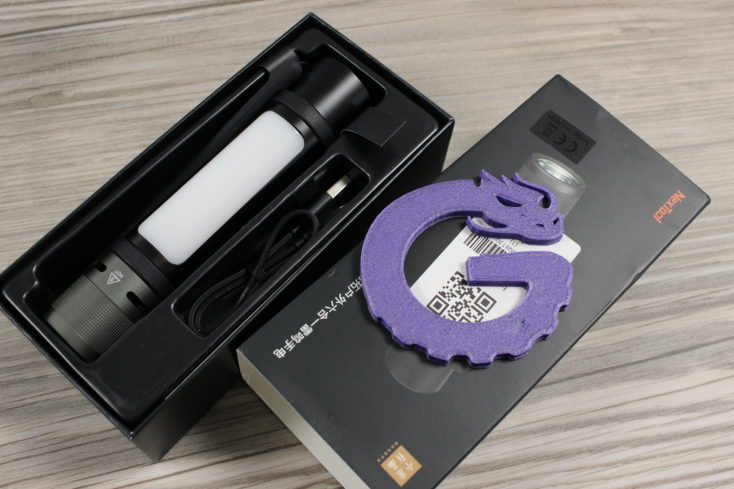 NexTool – a little bit of everything or rather nothing really?

NexTool products are not the brightest, the most powerful, the toughest in their class, but they don’t want to be. They are much more interested in putting as many functions as possible into one gadget. This saves space, money and sweat when searching. The 6 in 1 flashlight is no exception.

Feature number 1: It lights up!

Unspectacular? Yes. Of course? Yes. Manufacturer’s specification of 1000 lumens beautified? I suppose so. The 2600 mAh battery, which can be charged via USB-C, will earn its bread and butter, but whether the lamp really turns night into day is doubtful. At the highest level, the lamp lasts for about 2.5 hours, giving you 40 lumens, even up to 24 hours. 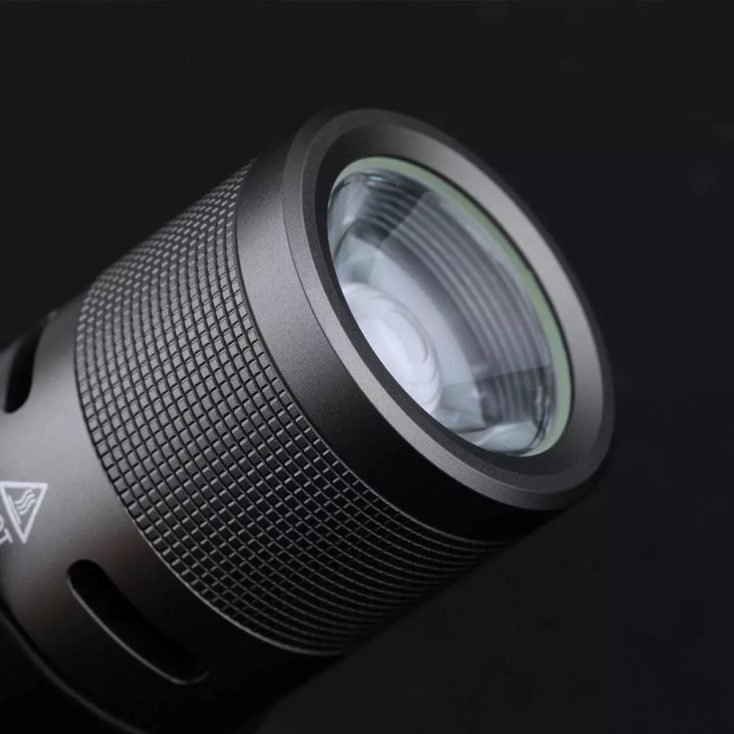 Feature number 2: It even glows on the side!

A LED panel on the side lights up in white with a maximum intensity of 200 lumens. This is enough to illuminate the surroundings within a radius of 15m. For 4h the lamp can provide light at this level. With red light it can do this with 6 lumens continuously for 24h. The brightness can also be adjusted from the side panels. 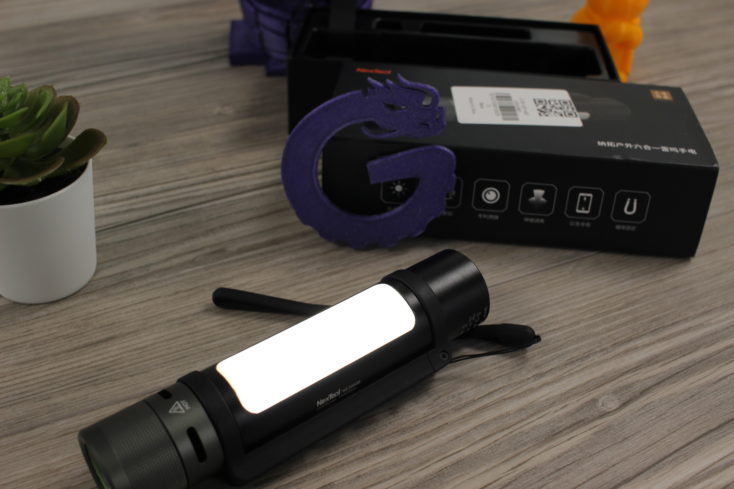 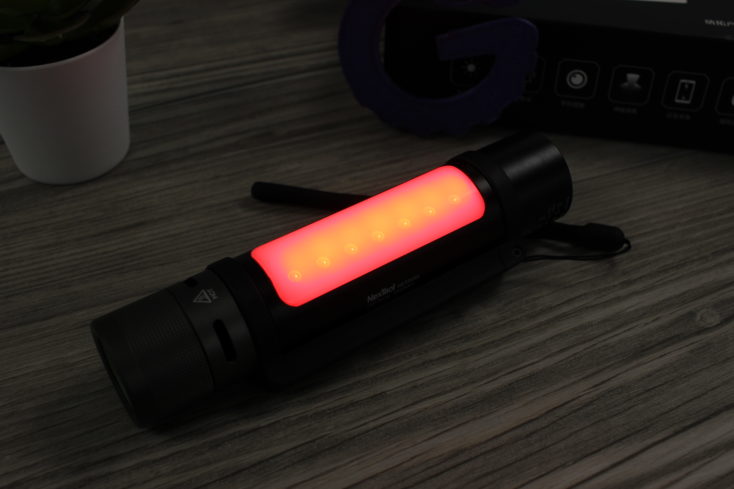 If you activate the emergency mode, not only the side panels will flash, but also an “emergency buzzer” will be activated via integrated loudspeakers. Remark from my side: this “buzzer” is not that quiet. We all got quite a fright when it started in the office. Supposedly the device should then call attention for 90h. If you also activate the main light, the mode will only last for 5 hours.

3 small magnets on the handle allow you to attach the lamp to metal. Thanks to the 360° rotatable handle design, the LED panel can then be aligned as desired. As a maintenance lamp for the car or signal lamp when camping, this can be a very useful feature. The magnets are strong and hold the lamp securely on other surfaces. The alignment of the lamp was also smooth. 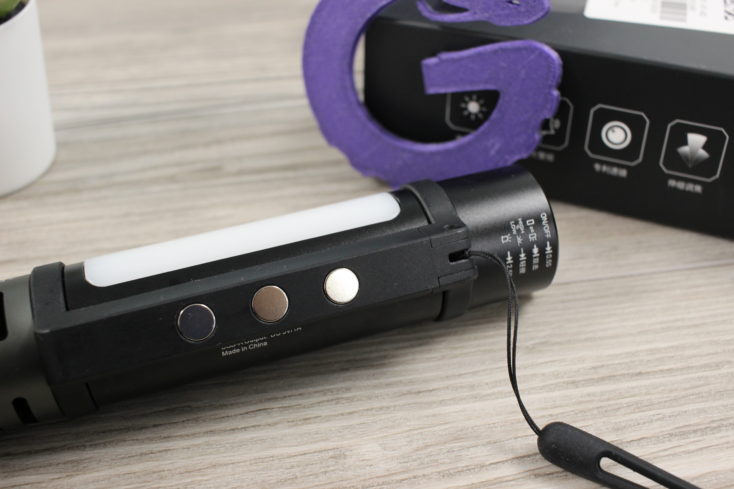 We already know it from the multifunctional hammer: NexTool has a power bank function in this gadget again. The type C charging socket is also charging output. 5V / 1A is really not a charging standard, which can keep up with most power banks, but the lamp is also meant as an emergency supply for a few percent, so that you can call someone quickly. In our test, the charging also worked perfectly. The 2600 mAh, which the flashlight brings along, modern Smartphones, also in continuous operation as Powerbank would probably only half load. It also has a USB-A port for those of you who only have a USB-A cable. A USB-A to USB-C cable is included in the scope of delivery. 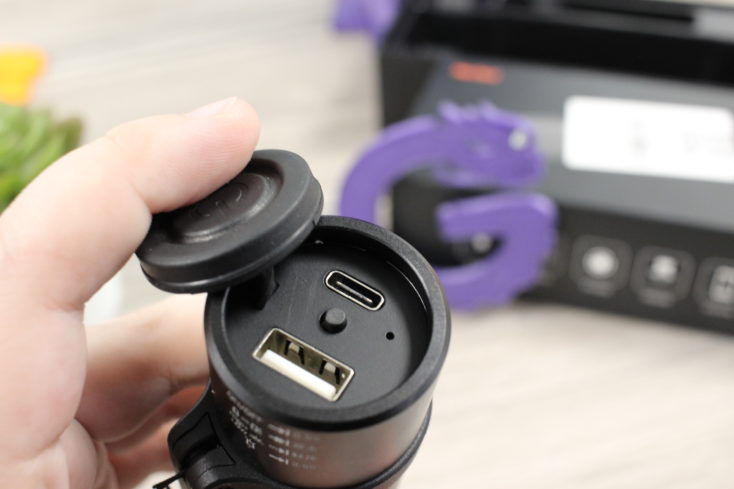 As a sixth feature, NexTool comes with a telescopic lens adjustment and associated freely adjustable dispersion. This means you can freely adjust how far your flashlight should shine. 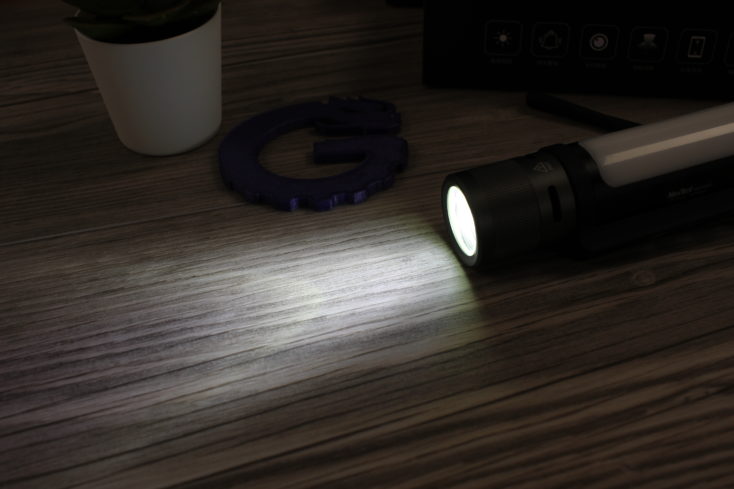 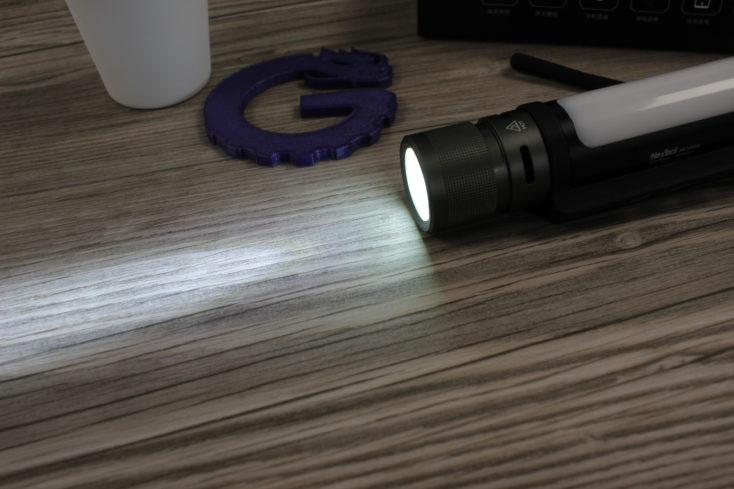 Since the manual of the NexTool is only enclosed in Chinese, here is a table to explain the controls to you.

As mentioned at the beginning: The lamp combines powerbank, flashlight and signal light. On top of that it is in an emergency exactly what you want to have with you. I think that this NexTool is definitely a useful gadget. Especially when it gets dark again quickly in autumn, it is very practical to have such a lamp with you. For camping I can think of several situations in which the lamp makes life easier anyway.
With the price you can do little wrong. Are you convinced by the 6 in 1 flashlight from NexTool?