0 Kommentare June 12, 2022by Henning
Hey, guys! Just a heads up: The linked offer is already a bit older and the price of the gadget might have changed or it might not be available anymore.

If you like to drink one or the other cold drink, you can not only measure the alcohol content with the NexTool 4-in-1 alcohol tester, but also get more tools for emergencies. We couldn’t resist ordering the breathalyzer, tried it out ourselves and took a few photos of the tool, which you can find in the article. The NexTool 4-in-1 breathalyzer is currently available for $31 at AliExpress with the coupon code BGe7073a from the EU warehouse.

For some people, a party includes a glass or two of a drink or two. However, it is important that you know your limit and stick to it. In case of doubt, there is the NexTool breathalyzer, with which you can test your condition, but I advise you not to ride a bike or drive a car under the influence of alcohol. 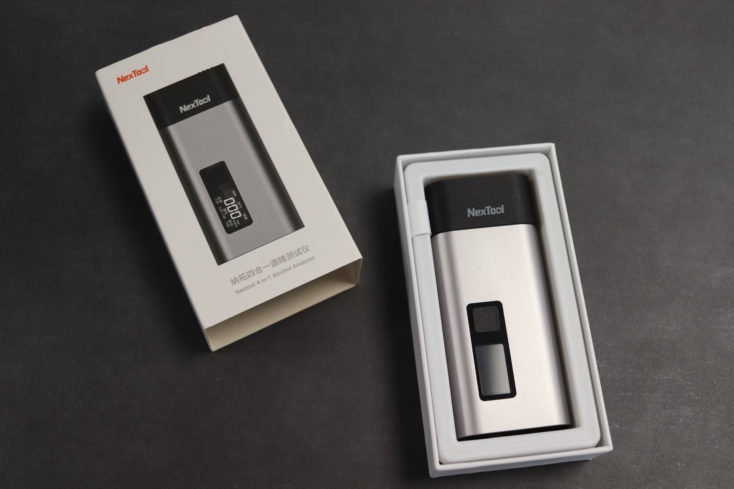 The NexTool breathalyzer looks very unimpressive, but has quite a few features on the box, a seatbelt cutter, a window breaker, a powerbank and as the name suggests a breathalyzer. The top of the breathalyzer has a magnetic black lid, which contains the cord cutter and can be removed. Under the lid is the window breaker and the pus hole for testing the level of promille.

The lower part of the breathalyzer has an integrated LC display and a button above it that allows you to switch between the different tools. On the bottom of the tester is the USB-A port and the USB-C port as well as four built-in LEDs for the battery status of the powerbank. Various tools for the emergency

The NexTool breathalyzer is not an ordinary breathalyzer, but offers additional tools that are rather intended as a backup for emergencies.

The built-in alcohol tester works completely without an additional tube. A 3-5 second blow on the opening of the breathalyzer should be enough to test its condition. The value is measured in the concentration of alcohol in the blood and is expressed in mg per 100ml, dividing it into different sections: 1-10mg (0.2‰) no risk, 11-20mg(0.4‰) no risk at the moment, 21-80mg (1.6‰) and above 80mg(<1.6‰) there is increased risk. 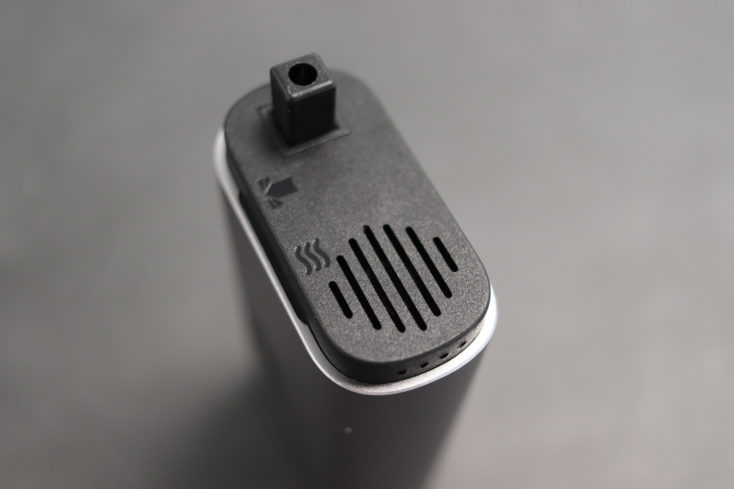 The way it works saves the tubes that are usually put on many alcohol testers, but in return I could imagine that the greater distance makes the values less accurate and tends to be more of a guide than a fixed value. The breathalyzer also comes with a powerbank. This has a capacity of 4800 mAh and should be enough for a full cell phone charge. The breathalyzer itself also consumes power, which probably reduces the powerbank capacity a bit. The battery is charged via USB-C and can provide up to 10 watts of charging power for other devices via the USB-A port. The current battery capacity is indicated by the four blue lights on the bottom.

The seat belt cutter, which is located on the lid, is designed to save lives in an emergency. This is equipped with a sharp blade and could, for example, cut the car seat belt in an emergency to minimize injuries. 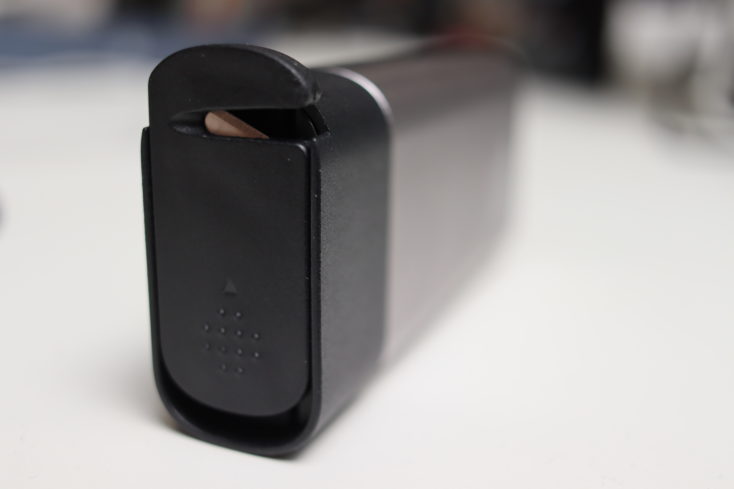 The window breaker can be used to break glass. To do this, the NexTool alcohol tester must be pointed at the desired position of the glass pane and triggered by pressing the button above the display. This causes a small tip to shoot out of the breathalyzer, which causes the glass to break. Underwater, the window breaker is also said to work underwater pressure, saving lives.

The breathalyzer is not a “normal” breathalyzer and offers with its various tools useful things for emergencies in the car. I like the much more hygienic and easy handling of the breathalyzer, even if the alcohol levels are probably not much more than a guideline. The built-in powerbank is definitely useful and provides energy on long days to still get through the evening. The rope cutter and window breaker are tools that are rather made for emergency situations and hopefully won’t have to be used.

I see this gadget more as a gag to see how much you have drunk, and would therefore not recommend doing that if you want to check your current state with it.

With a price of just under 35€, the breathalyzer is already significantly more expensive compared to the conventional ones of its kind. In return, however, you probably get useful functions that can help you in a predicament.