8 Kommentare October 3, 2018 by Maike
Hey, guys! Just a heads up: The linked offer is already a bit older and the price of the gadget might have changed or it might not be available anymore.

Why does Ninebot make a go-kart? Maybe just because they can. And we can’t help but think it’s really great at first, because how can you not like go-karts? What’s behind it, how you can get one, you can read here. 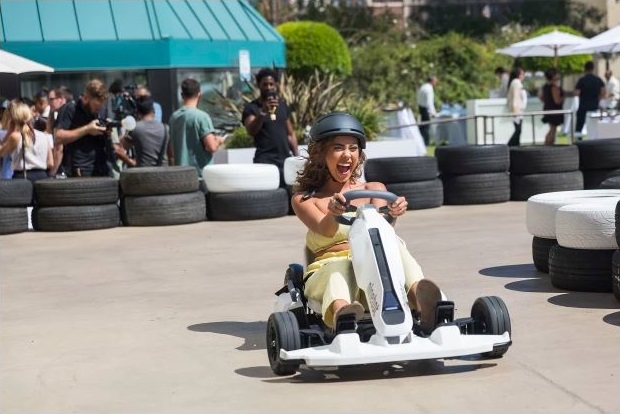 Ninebot are now one of the pioneers in e-mobility. After they bought Segway with the help of a financial injection from Xiaomi in 2015, they regularly launch new models on the market. And even though Xiaomi is not officially involved, you read about “Xiaomi Ninebot” again and again. Our last experience with the brand were the E-Skates Ninebot Segway Drift W1. The newest and perhaps most spectacular creation so far is now the Ninebot Gokart.

The project is financed by Ninebot through the crowdfunding platform Indiegogo and at the time of this article had reached approximately 700,000 US dollars. 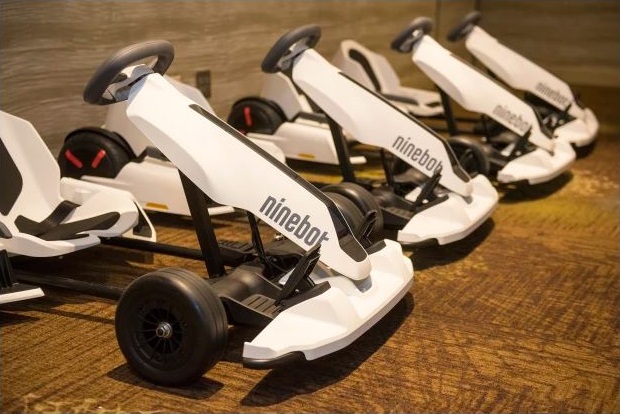 Go-kart to build yourself

The vehicle is not a go-kart in the classic sense, but an attachment for the Segway Mini Pro, Segway’s balance scooter. The concept is not new, already shortly after the first appearance of the Hoverboards such simple steering attachments were found, with which the board is transformed into a kind of Kart. And it also led to creative versions like the one shown below – no joke, it was sold that way. 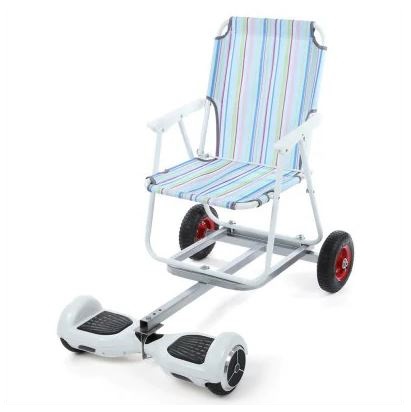 The kart is a significant upgrade. You can’t tell that it consists of two parts, except maybe for the narrow wheelbase of the rear tires. The Segway Mini is only about half a meter wide. The length of the go-kart is adjustable so that adults and children can ride it. People between 1.35 m and 1.90 m should find space on the kart. The maximum permissible weight is 100 kg.

The top speed is 24 km/h. It doesn’t look like much at first glance, but the kart should be able to be driven by children without hesitation. The speed can be throttled additionally, two lower steps allow maximum speeds of 8 and 18 km/h respectively. These can be adjusted – how could it be otherwise – via an app. There you can also see statistics about the trip. The range with one battery charge should be 20 km. 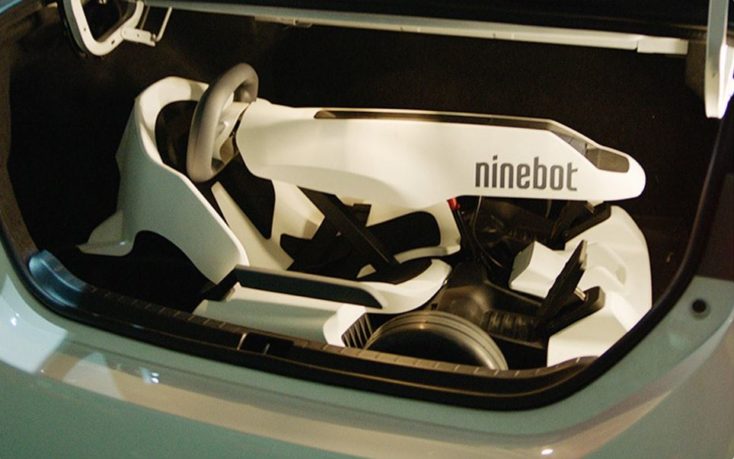 In the Indiegogo campaign you can get the go-kart attachment for $669 or the complete go-kart for $1149. With GearBest the kart is listed with $1713.17, with Banggood for only $1102.53. But it is not orderable yet. This is a proud price for a “toy”, but a more than appropriate price for a go-kart with electric motor.

But who is really willing to spend this sum? We find the concept interesting and go-karts themselves good anyway, but remain sceptical. What is your opinion?