0 Kommentare September 29, 2020by Jens
Hey, guys! Just a heads up: The linked offer is already a bit older and the price of the gadget might have changed or it might not be available anymore.

Ninebot launched a new e-scooter which is currently being crowdfunded on Kickstarter. The Ninebot KickScooter Air T15 is very compact and aims to be ideal for movement in the city. 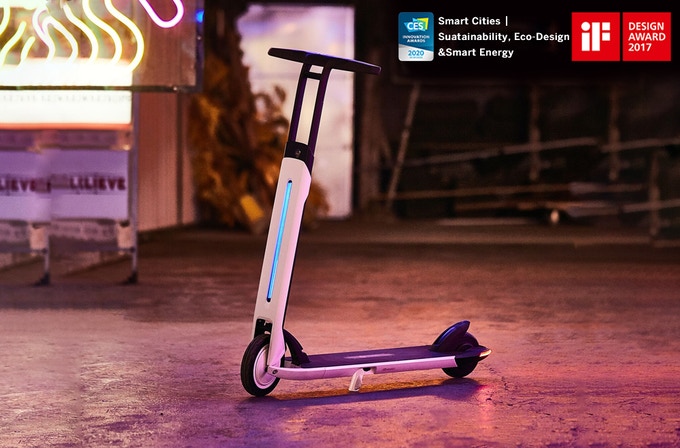 Ninebot has been a major player in e-mobility for years and has become a household name since the takeover of Segway. The Ninebot Max G30D is still the best e-scooter I have ever driven. The S-Pod, a self-balancing, moving “chair” for lack of a better word, is more of an experimental form of transportation. The KickScooter Air T15 is now at the other end of the spectrum and is small and lightweight.

How lightweight? At 24.2 lbs or 10.5 kg it does not have the lowest weight of all e-scooters, but is well below the average, which is arround 30 lbs (14 kg). Also, a folding mechanism like this has never been seen before. Since the handles on the handlebars are also folded in, the scooter is more compact than any other model. 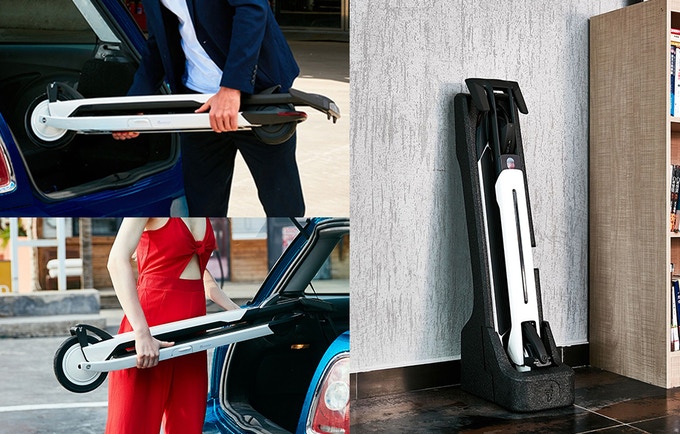 Permanent lights exist only in the front, the taillight is only a brake light only. Speaking of brakes: the only brake seems to be a foot brake over the rear wheel, for we can see no other control elements on the handlebars, besides the throttle control.

The scooter’s top speed is 12.4 mph (20 km/h). A real bummer in my eyes is the maximum distance of only 7.5 miles or 12 kilometers. I can’t recall a scooter with lesser range and it means that you probably have to charge the scooter after each trip.

There is an app for the scooter in which your driving data can be tracked. There are four modes in total in which the top speed varies between 3.7 and 12.4 mph.

Is the Ninebot KickScooter Air T15 any good?

The Ninebot KickScooter Air T15 definitely looks cool and surely is practical as a means of transportation for short distances. With the very short range, however, it is not good for much more. What we haven’t said a word about is its price. If you want to support it on Kickstarter you have to lay down at leats $569, whoch in my opinion is sadly way to much for a scooter with such short range.