0 Kommentare January 24, 2022by Jens
Hey, guys! Just a heads up: The linked offer is already a bit older and the price of the gadget might have changed or it might not be available anymore.

How can the Switch be improved even more? The Hong Kong manufacturer Plenbo offers an ergonomic case for better handling, calls the whole thing G-Case and is currently funding it via Kickstarter. We tell you exactly what you get here and whether it is worth it in our opinion. 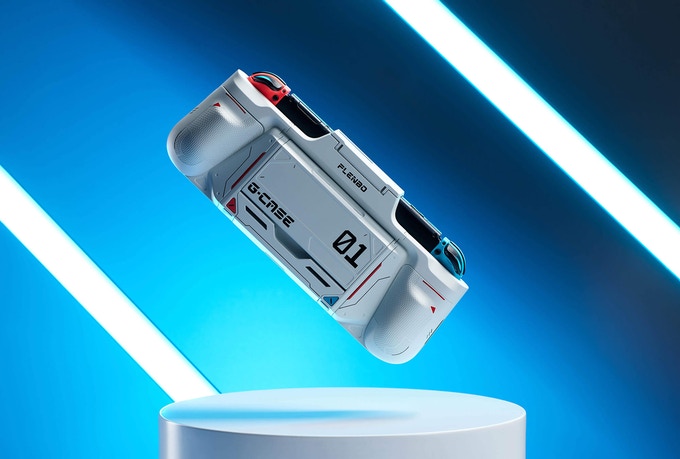 Just the next Switch accessory kit?

We have often had accessories for the Nintendo Switch here. The console is very popular and inspires many manufacturers to sell their own accessories. Sometimes this makes a lot of sense (a case, for example, is something you should definitely get in my opinion), sometimes it’s just “nice to have” like the many alternative controllers, and sometimes it’s questionable to useless. This “case” definitely falls into the second category. You won’t really need it, but it offers some advantages to further enhance the console. 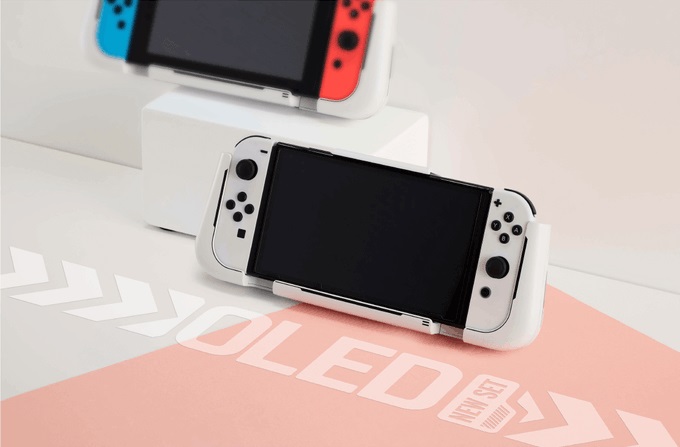 What is it exactly? As the name suggests, it is a “case”, a casing for the console that encloses the entire back. The G-Case is ergonomically shaped on both sides for a better grip. In the back, there is also a replaceable battery that connects to the console and thus extends its runtime. Thus, the gadget is primarily intended for on-the-go and mobile use of the Switch as a handheld console.

The grips on the side are modular, meaning they can be interchanged. There are three different sizes to adapt them to your own needs. This makes perfect sense, because even though it is one of the Switch’s big advantages to be able to use it in your hands, the Joy Cons’ shape is not perfect for this. Especially longer gaming sessions can be uncomfortable for the hands. The case could be a remedy for this.

By the way, there are slots for game cartridges behind the handles. Besides the game in the console, you can thus also take two other games with you and have them directly at hand. 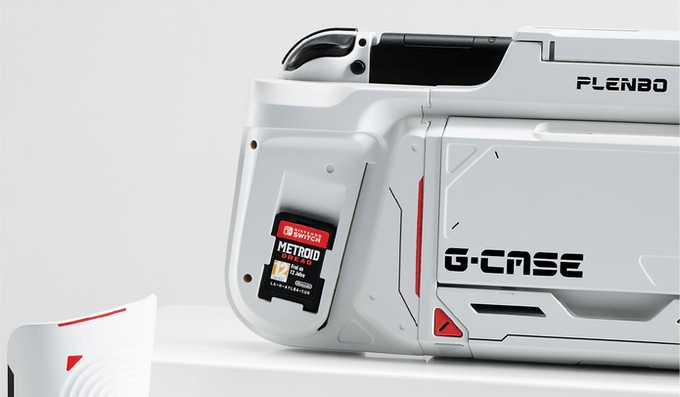 The 5,000 mAh battery that sits in the case is said to extend playtime with the console by up to 5 hours. While that depends a lot on the game and settings like screen brightness, it’s almost double the other battery life. If you have a second battery, you can also replace it and thus get even more time out until you have to charge the console on the dock again. By the way, the battery also works as a power bank and can also charge a smartphone or the charging box of your headphones – practical.

The campaign does not address the possible heat development. The Switch’s back gets very warm during longer gaming sessions; an almost completely closed case including the battery will rather increase that. I do not expect any problems, but I do not want to leave it unmentioned.

Other accessories from dock to bag

As is often the case with similar crowdfunding projects, there are also a lot of other accessories. For example, there is an alternative dock for connecting to the TV. This is smaller than the original dock and simply plugs into a power outlet. The power plug is interchangeable, so it can also be used with German connections.

Another accessory is a Bluetooth adapter that makes it possible to connect other controllers to the console. A similar adapter, which enjoys great popularity, is already available from 8Bitdo.

Lastly, there is also a case that offers space for the Switch, the G-Case and the accessories.

There are two ways to support the campaign. For the equivalent of about $69 (early-bird price), you get the G-Case including the battery and the exchangeable grips. Important: There are two versions, one is adapted for the classic Nintendo Switch and one for the new Switch OLED. You have to specify. Shipping is worldwide, but it is not free but is around $8.70 for customers in Europe

The larger package is called “Family Pack” and includes the One Dock, the Bluetooth adapter, the case and a second battery in addition to the G-Case. However, it costs considerably more at around $150. 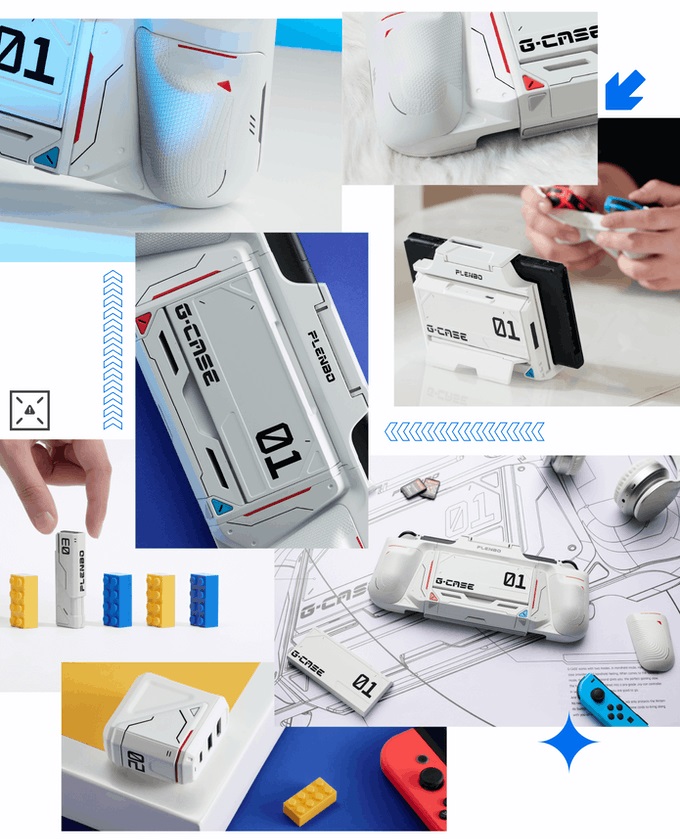 I really like the idea of the case with additional battery and exchangeable handles. Without having tested it, I can of course not say anything about the quality of the G-Case. But if it’s right, I think it’s a good purchase if you often play with your Switch on the road for a long time.

I am more skeptical about the Family Pack with the other accessories. If you already have a bag or a Bluetooth adapter, then you have less use for these parts of the package, which significantly reduces its value. You can also buy the case, dock or adapter separately from other manufacturers, which are all already available. Of course, if you have a use for all the individual parts, it can still be worth it.

The project seems to be going well so far; around 1,200 backers have raised close to 200,000€ so far. A good indicator that it will be a success, which unfortunately is never 100% given with crowdfunding products. The campaign runs until mid-March, and the prices may still change in the course of the campaign.