0 Kommentare July 9, 2019 by Maike
Hey, guys! Just a heads up: The linked offer is already a bit older and the price of the gadget might have changed or it might not be available anymore.

Flashlights are a practical companion in every situation. And that’s exactly why in most cases: the smaller, the better. But of course still with the best possible performance. A good example of such torches are the Nitecore models. With the Nitecore TIP, Tube and Tini we have introduced several of the smaller versions. Today it is the Nitecore Tup. 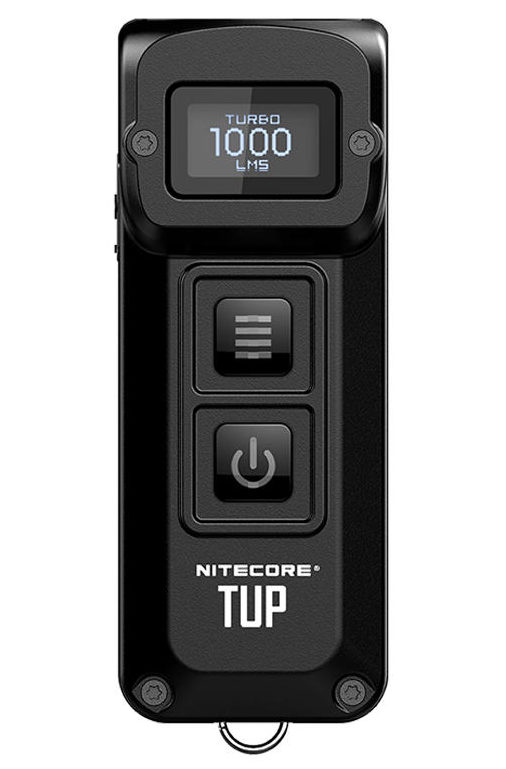 As you can easily see in the table, the Nitecore Tube is the smallest model, Tip and Tini share the midfield and the Nitecore Tup now as the new largest top model of the small class. But they all have one thing in common: the highest possible luminosity in the smallest possible space. And that’s exactly what Nitecore does so well. The differences of the three models are of course noticeable in the price, the Tube is available in the offer more often for less than $6 to buy. Depending on what is important to you, this little miracle on the key ring might be enough.

The functions of the Nitecore Tup

The special features of the Nitecore Tup are in any case the turbo mode with 1000 lumen and the integrated OLED display. In addition there are further functions, which will be discussed in more detail in the following. But first some information about the display.

This shows you the battery status, the selected brightness level and mode as well as the remaining battery life. This is divided into the following information:

The 1200 mAh battery can be recharged via Micro-USB, just like its predecessors. On the way, this work can be perfectly done by a Powerbank. It should take 3.5 hours to fully charge.

The already mentioned turbo mode and the Ultralow mode are two special features that can be selected directly by special key combinations. 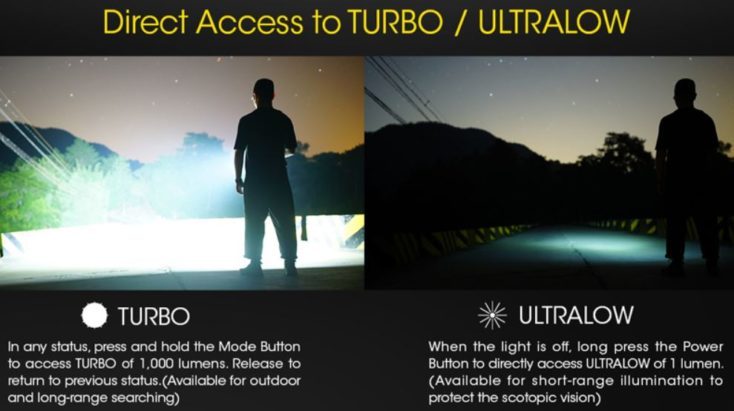 This is mainly due to the fact that most of the time these brightness levels will not necessarily be used. The Ultralow mode is actually quite practical in a dark tent if you are looking for something in your backpack or have to run an obstacle course at night on your way to the toilet.

The turbo mode would consume the battery of the flashlight too fast in permanent use, as it only gives a maximum running time of 15 minutes. The manufacturer also warns against heat development if the turbo mode is permanently switched on. The aluminium housing of the torch could therefore become very, very hot. If you really need a flashlight with 1000 lumen, you should therefore choose a different and probably more expensive model.
All in all, the light modes for such a small and handy model are not to be despised. Especially since it is intended for emergency use on a key ring.

In addition to the brightness levels you can choose between the Daily and Demo Mode. This actually only means either a constant glow until it is manually switched off in Daily Mode or a 30 second, automatically ending glow in Demo Mode.

The Nitecore Tup can be operated with two buttons, similar to Tip, Tube and Tini: Power button and mode button. If you press both buttons at the same time, you can switch between the above mentioned daily and demo mode. Just press the mode button for a few seconds, switches to turbo mode, when the power button is turned off press the power button longer, the flashlight starts automatically in Ultralow mode. If the flashlight is turned on, the display switches on automatically and shows all important information one after the other. Afterwards it switches off automatically and can be switched on again by briefly pressing the mode button.

As in the previous model, there are lock modes so that you don’t accidentally press buttons in your pocket or on your bunch of keys, turn on your flashlight and the battery is empty. With the Nitecore Tup there are now even two different locking modes. 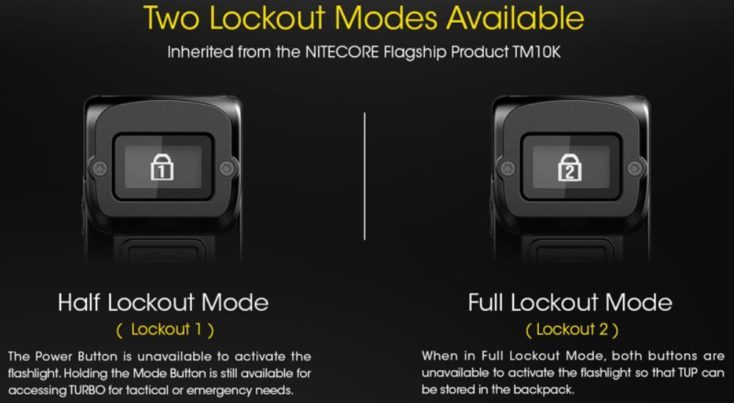 The Half Lockout Mode enables you to switch on the Turbo Mode in emergency situations even when the torch is switched off. In Full Lockout Mode all functions of the torch are locked. The two modes are selected as follows:

The information about the overload safety and the fastening can be taken 1 to 1 from the article of the Tip, because nothing has changed there:

“In addition, the flashlight has safety functions to prevent overcharging and automatically stop charging. The holder for the key ring should also be able to hold a weight of 30 kilos. If you don’t want to attach the lamp to the key ring, you can also attach the flashlight to your clothes or the like with a removable clip”.

The Tup also has another feature: Advanced Temperature Regulation (ATR). This means that the flashlight automatically adapts to its ambient temperature and thus works most effectively. 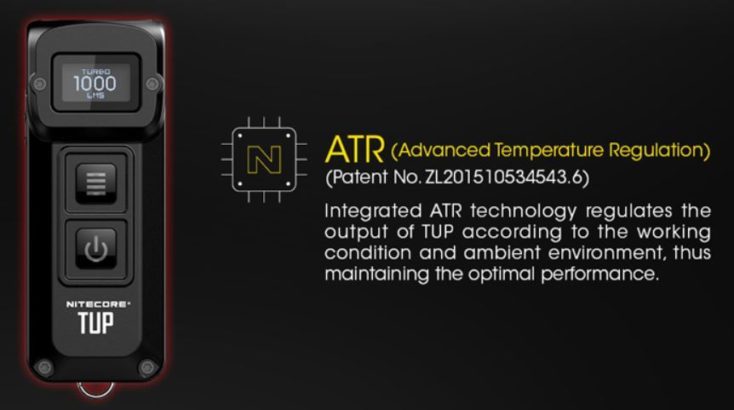 As a further model of the small, key fob suitable flashlights, the Nitecore Tup offers some functions. 5 different brightness levels, two of them rather unusual, two different usage modes, a relatively large battery that can be charged via USB and integrated protection functions of the torch. Some people might think: such a price for such a small part? And maybe he’s right, IF he has absolutely no use for such a torch. Connoisseurs of the brand and also of the other models would contradict here very probably ?