0 Kommentare October 13, 2018 by Maike
Hey, guys! Just a heads up: The linked offer is already a bit older and the price of the gadget might have changed or it might not be available anymore.

Razer did it, Xiaomi did it and now Nubia is getting in. The sub-company of ZTE offers its own gaming smartphone, the Nubia Red Magic, which differs from the competition both visually and in its hardware selection. 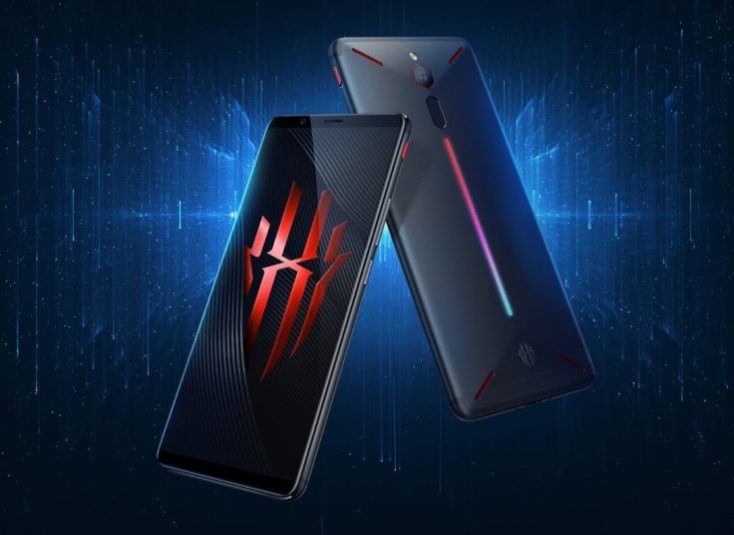 The name says it all

Gaming products are not only defined by appropriate hardware, no, the design must also be right. While Black Shark and Razer have opted for a neon green color concept, the Red Magic moves in the red direction of the RGB spectrum. The gaming smartphone is available in black or red, whereby the differences are mainly noticeable on the back. Overall, this is very conspicuous and ensures that you immediately notice that you are not holding a “normal” smartphone in your hands.

The eye-catcher on the back is definitely the LED strip, which runs vertically and centrally on the back. This RGB strip can create four different effects and display up to 16 million colours. Directly above this display is the fingerprint sensor, which is unusually represented as a long hexagon. A similar lens is also chosen for the main camera, which is located directly above the sensor. 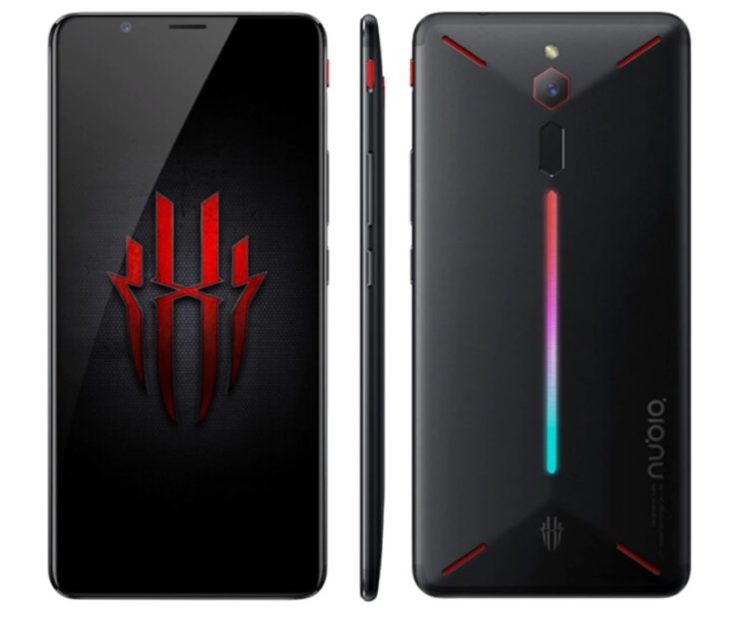 The front doesn’t necessarily give the impression of a gaming smartphone. There one sets on a meanwhile already conservative looking 5.99 inch display in 18:9 aspect ratio. The resolution is 2160 x 1080p, which results in a pixel density of 403 ppi – an absolute standard value. At the sides the display hardly seems to touch the edge, up and down a screen edge is clearly visible.

The case frame concentrates on the essentials: a power button and the volume rocker are on the right-hand side. Above it is a red slide button, which probably activates or deactivates the gaming mode. The Red Magic consists of an anodized aluminum unibody. Special heat-absorbing materials are said to have been used to keep the smartphone cooler.

Flagship level of the previous year

Nubia has managed to surprise us a bit in the processor selection, we don’t know yet whether positive or negative. At its heart is the Snapdragon 835 processor, which is no longer Qualcomm’s latest CPU. This is still a top processor, but is overshadowed by the newer 845. Nevertheless, we can report from our own experience that the eight-core processor with 2.45 GHz clock frequency continues to deliver very strong performance even in the Xiaomi Mi 6 or Mi Mix 2. In addition, Nubia optimizes the CPU with its own GameBoost software, which, as the name suggests, is designed to improve gaming performance. 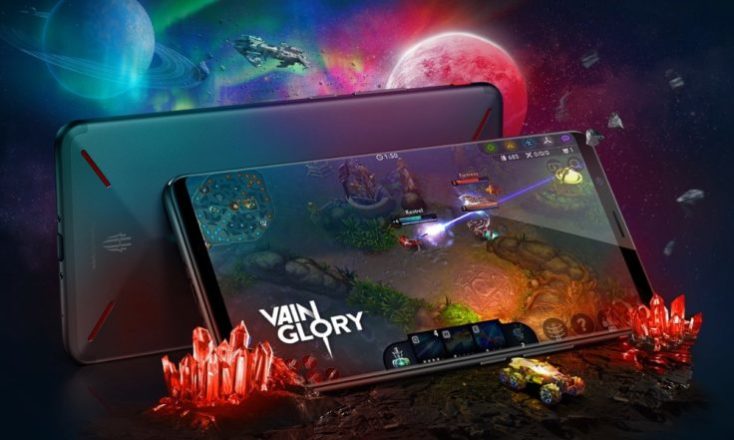 The Red Magic comes with a generous 8 GB LPDDR4X memory paired with 128 GB UFS 2.1 memory, at least in the large version. We see this combination in the Xiaomi Mi 8 Explorer Edition, for example. When a smartphone is pushed to its limits in elaborate games, the right cooling must not be neglected. Nubia uses the material just described and assembles several layers of graphite and ventilation slots.

The manufacturer uses a 3,800 mAh battery to ensure that the playing time is also correct. This is slightly smaller than that of the Black Shark. According to the manufacturer you should be able to play up to 7 hours of games like Arena of Valor, which tends to be a challenging game. Speaking of gaming: DTS technology and an integrated, smart amplifier ensure the right listening pleasure.

Another interesting decision is the conscious decision to use only one camera. A dual cam on high-priced smartphones has almost become the standard, but exceptions confirm the rule. The Samsung 5K2X7SX sensor, for example, offers a 24 megapixel resolution. The aperture is even strong ƒ/1.7 and should provide passable low-light images thanks to the relatively large sensor. Filmer might be interested to know that you can also record 4K videos in 30 fps with the Red Magic. 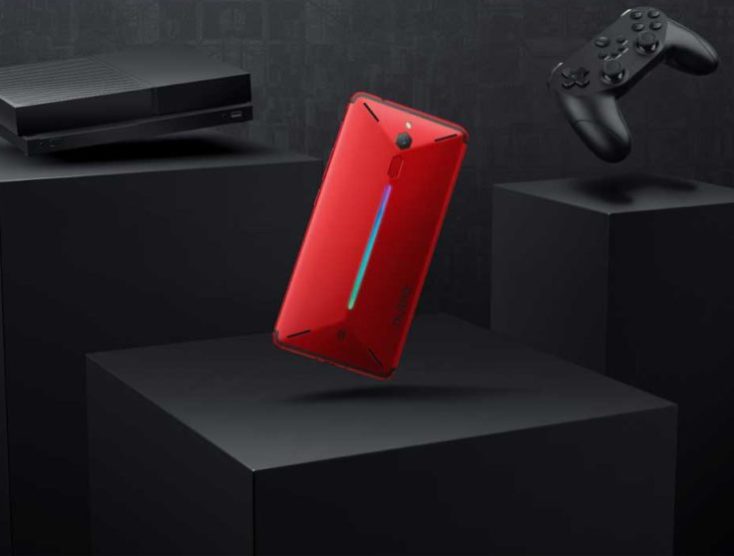 Unfortunately, we have not yet tested a smartphone with the same sensor, so we have no experience to fall back on.

Nubia has learned a lot and is equipping the gaming smartphone with all kinds of connection options. The list does not end there, of course, with the Red Magic you can also count on GPS, GLONASS, BeiDou and Galileo and may even use the current Bluetooth 5.0 standard. For local Internet there is 802.11 a/b/g/n/ac Dual Band Wifi – if only it were that simple.

The USB type C connector and a 3.5 mm jack connector are also included on the underside. So playing with headphones is not an issue at all. There are two SIM cards slots for a nano SIM card, but memory expansion does not seem to be possible. So, if you’re a big gamer, it’s better to use the 128 GB version.

Android 8.1 Oreo comes into play as operating system, although it is still unclear how strongly the Red Magic is adapted in this respect. Especially because of the gaming mode and the general gaming smartphone concept we do not expect a pure Android, but an adapted interface.

That Nubia actually installed the Snapdragon 835 processor in the Red Magic surprised me at first, but it also makes sense. After all, it still ensures a good performance, even if it’s not top notch. But with this you can reduce the price and thus put more into the design, which I like quite well, and further details. All in all, I’m a little more impressed with the Red Magic than I thought at first.

Should it be the stronger Snapdragon 845 for you or do you think that you won’t have any problems playing in this constellation either?