6 Kommentare October 29, 2019by Jens
Hey, guys! Just a heads up: The linked offer is already a bit older and the price of the gadget might have changed or it might not be available anymore.

Despite a promising campaign, not much has changed with the Odake BladeX. Backers have been waiting for months for their product, but there is almost no information from the supposed manufacturer. To date, nobody has received any of the monitors. Unfortunately everything points to a scam or at least a failed project.

We have already tested two comparable monitors in the recent past and are enthusiastic about the concept. The monitor called “BladeX” is said to be the thinnest of its kind and is currently financed by the crowdfunding platform Indiegogo. 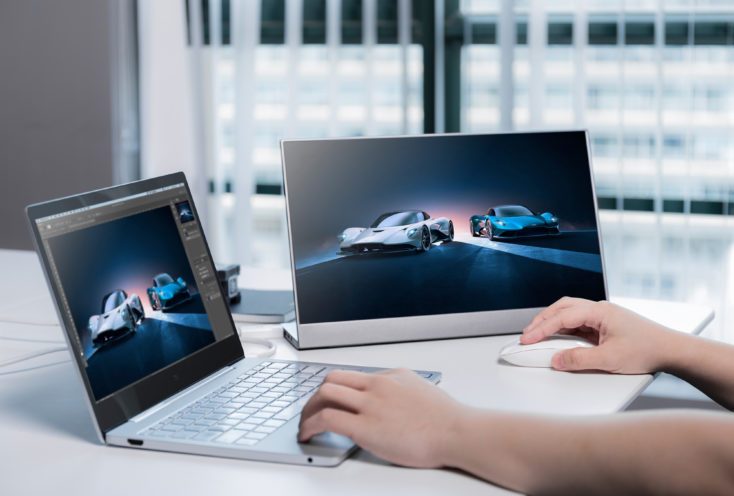 The monitor is available in two versions, whereby the BladeX Pro even has a 4K resolution. Only the 1080p version is equipped with a touch screen. Apart from that, both monitors are mostly identical. The screen diagonal is 15.6 inches, a usual size even for laptops. Also the WIMAXIT and T-Bao monitors that we already tested had the same size.

Here, too, the monitor is of course a great second monitor for the laptop. But there is an HDMI port as well as two USB-C ports and two USB-A ports. Suitable cables for all three are included with the monitor. With the 1080p version, the laptop can also be operated via the touchscreen of the monitor using the USB-C cable. Apart from that, smartphones and video game consoles can also be connected here again. A list of compatible devices can be found on the Crowdfunding page: 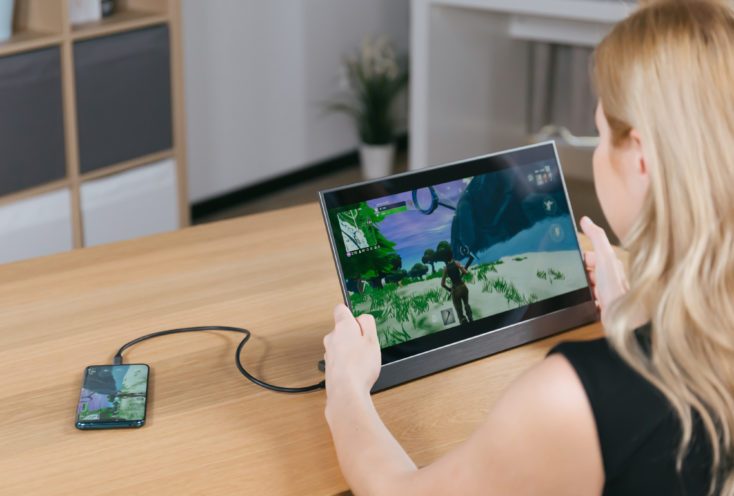 In addition, the BladeX has a built-in battery, which of course makes it ideal for on the go. The battery is located in the lower part, which also serves as a kind of stand. The various connections and the speakers are also located here. This allows the actual screen to be kept extremely thin and measures only 4.5 mm. Overall, the monitor looks very modern and beautiful, even if you have to get used to the design with the foldable lower half. It is available in two colours: silver and black.

The BladeX with 1080p display can be supported from $209; the 4K version is available from $309. As so often there are different levels, you can order both monitors with an additional monitor holder, or for $439 even both models as a combo. The actual goal of the campaign has long since been exceeded many times over; currently they are working on prototypes and want to ship the monitors from November.

We like a lot about the monitor, starting with the design, the functions and the improved Pro version with 4K display. Also the price seems to be ok, compared to the models we’ve already tried. If you’re interested in the subject, take a look at our articles on the WIMAXIT monitor and the T-Bao display. The campaign for the Odake BladeX officially runs until August 7th.