With the OnePlus Buds, finally True Wireless Stereo (TWS) headphones are available from OnePlus! Previously, OnePlus Bluetooth headphones were available, but with neck strap, not completely wireless. Like Apple, Realme, Huawei & Co., OnePlus also offers a half in-ear design. All info in the review! 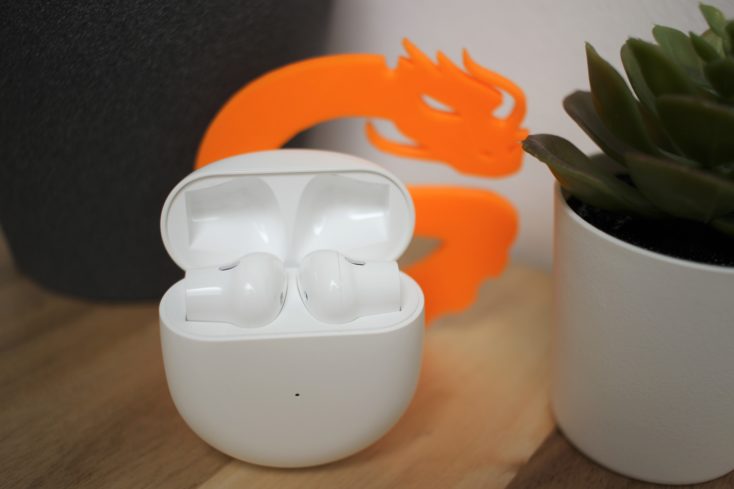 Although the OnePlus Buds were introduced together with the OnePlus North, the packaging of the headphones is in the classic red-and-white flagship design. 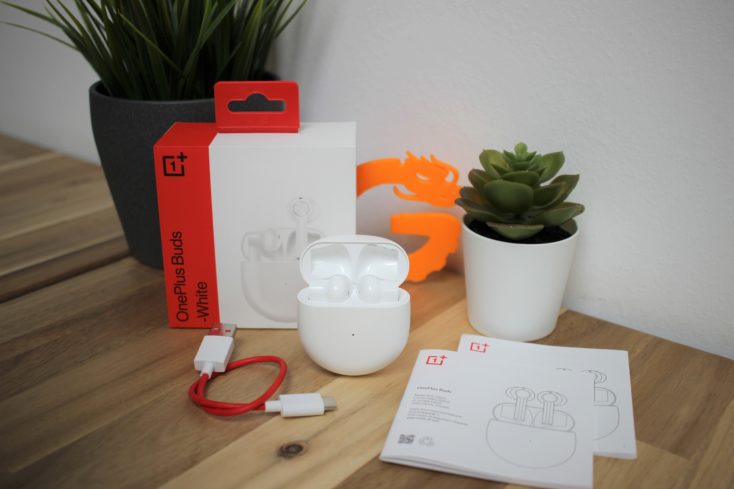 In the compact box, there is the charging box including the headphones, a user manual as also a (rather short) USB-C charging cable. After all, it comes in the classic OnePlus charging cable colors.

The OnePlus Buds come in three colorways. In addition to classic white, there is also a dark grey and a “Nord Blue” version, which is perfectly matched to the OnePlus North. Our white version has a charging tray made of a matte plastic, which is less prone to scratches. The handsets themselves, however, are glossy. 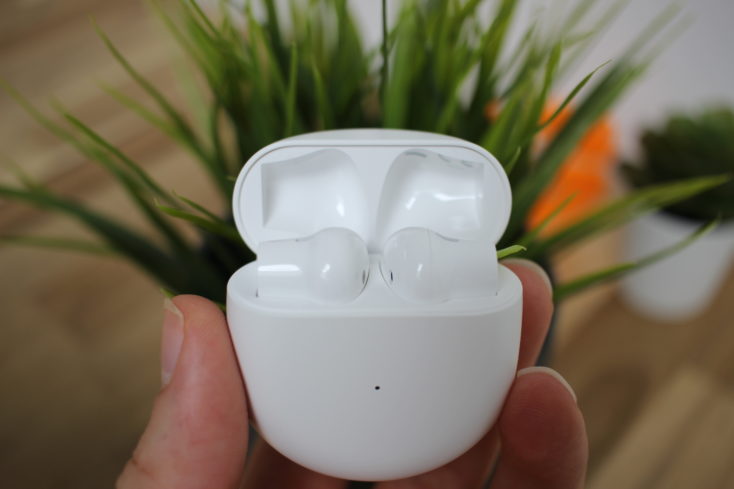 Compared to the very delicate Huawei Freebuds 3 and 3i, the OnePlus Buds are a bit more robust. Both the bars and the speaker bodies themselves are slightly larger. This is not a criticism, in my opinion, with the dimensions of 18.81 x 16.13 x 37.89 mm and an average weight of 4.7 g, the in-ears don’t seem too big. 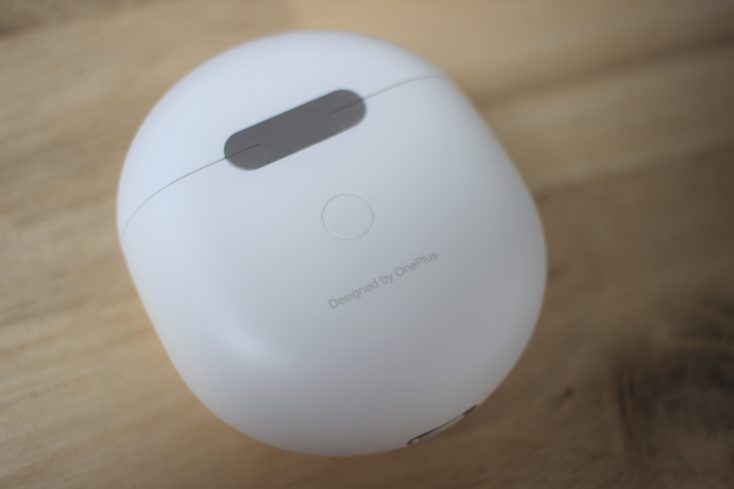 Like almost all mobile phone manufacturers, OnePlus has opted for a half in-ear design without ear pads for its first wireless headphones – a matter of taste. The classic piston design on the back of the headphones does not necessarily suggest this. 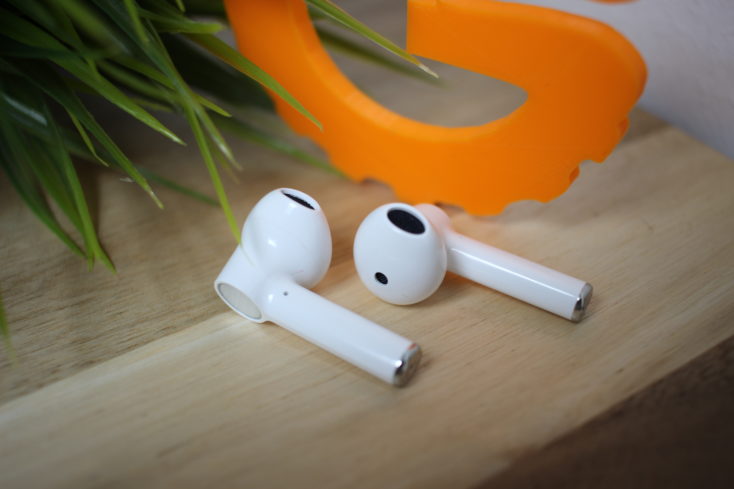 All in all, the design of the OnePlus Buds appears independent, which I like very much. The finishing is also good, the headphones have no material or production faults – very good!

Attentive China-Gadgets readers know (thanks for your support! ) that I’m not really a big fan of half-in-ear headphones myself. No matter if Apple AirPods, Huawei Freebuds or Xiaomi Mi wireless earphones – None of them really want to fit and hold in my ears.

It’s different now for the first time with the OnePlus Buds wireless half-in-ear headphones. Due to the slightly larger earphones, they hold in my ears much better than all other half in-ear headphones I’ve tested so far.

As with all half in-ear headphones, the OnePlus buds also contain a relatively large dynamic driver. This has a membrane with a diameter of 13.4 mm. The diaphragm of the Xiaomi Mi Air 2 and Huawei Freebuds 3 is even slightly larger with a diameter of 14.2 mm. 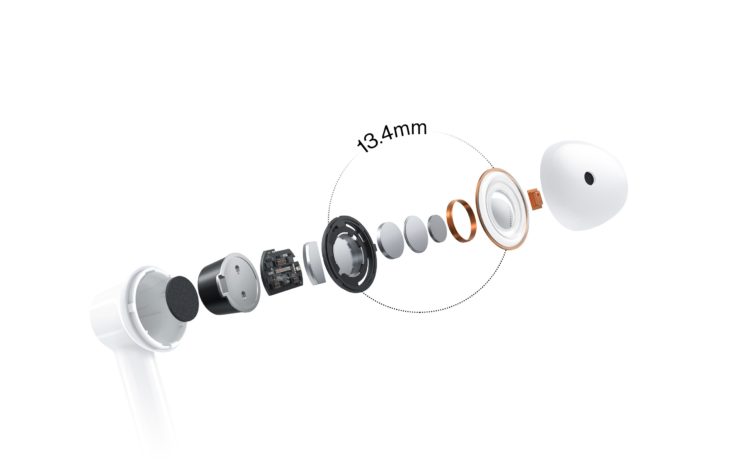 Since the OnePlus Buds fit me personally much better than other half in-ear headphones, I also like their sound better. Especially in the bass range the headphones finally offer a solid sound. However, it doesn’t really come close to a well-fitting in-ear. In my opinion, half in-ear can’t transport sub-basses as well as a real in-ear.

The OnePlus Buds have a relatively stronge emphasize on the midrange. Which can be good or bad depending on your personal music preferences. In the equalizer settings you have in any case the possibility to adjust the midrange a bit.

Unfortunately, the OnePlus buds are not the most high-resolution in the high frequencies, so nuances can get lost in the midrange. Here, I actually like the sound of the Huawei Freebuds 3 better, because they offer a clear high frequency despite their large diaphragm. In return, these headphones are weaker in the bass range.

Because of the good fit in my ears, which as I said before is pretty uncommon, the sound of the OnePlus Buds is also good for me personally. Especially in the bass range, I have never been able to achieve such good results with any other half-in-ears. But that doesn’t mean that this will also be the case with you, the wearing comfort plays a decisive role here.

The midrange is unusually strong accentuated, which you can control with the equalizer if you don’t like it. Unfortunately, some details get lost in the high frequencies, here the Huawei Freebuds 3 performed better in the test.

The OnePlus Buds are equipped with two microphones per in-ear. Like most wireless in-ear headphones, they are also equipped with ambient noise cancellation to make phoning on the go more comfortable. 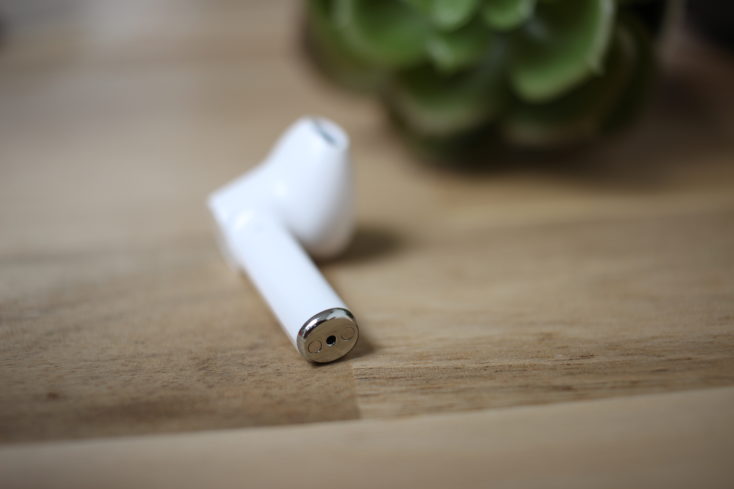 When I tested them, the OnePlus Buds worked well as a headset. In quiet environments, there is practically no big difference in voice quality between using the mobile phone itself and using the headphones to make calls.

In noisy environments, such as at a train station or on a main road, people I talked to said that my voice sounded somewhat mechanical, probably because of the noise reduction. Nevertheless, I could be understood well at any time and the conversation was easy to follow, very good!

Touch sensors on the backs of the OnePlus Buds are equipped for operation. Unfortunately, the functions are more than meagre. By double-tapping on both handsets the next title of the current playlist can be selected. 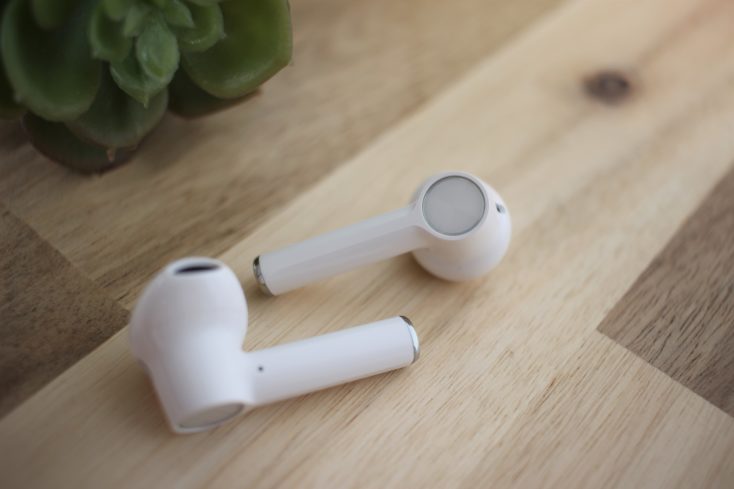 If you have a OnePlus 6 or newer model, it is still possible to individualise the double-tap function on both handsets. This way the function could also be used for play/pause, the previous track, or the language assistant. Among other Android phones and iPhones you don’t have this possibility.

When making a call, you can also use the double-tap function to accept or end a call. By touching for five seconds you can also call the last called contact again, but this doesn’t work under iOS.

In addition to the touch sensors, there are also proximity sensors built in, with the help of which the music is automatically paused or continued when one or both handsets are removed from the ears.

All in all, I find the OnePlus Buds’ operating options disappointing. I would have hoped for more, especially for the price. Unfortunately, you have to take your mobile phone out of your pocket for most functions.

The OnePlus Buds are of course equipped with the current Bluetooth 5 standard. This supports the SBC standard and the AAC codec. Qualcomm’s aptX or any other high-resolution audio codec is unfortunately not supported 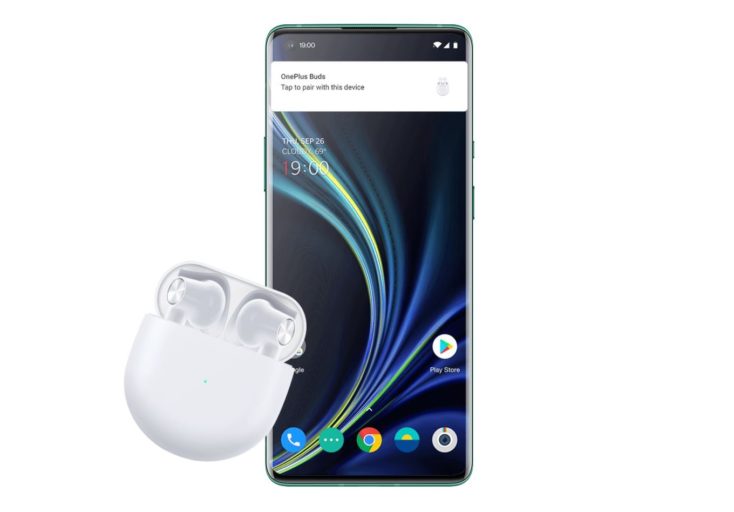 According to the manufacturer, the connection between smartphone and headphones should remain stable at a distance of up to 10 meters. When I tested them in an open space I could even reach a range of up to 15 meters. As always, the Bluetooth connection stability does not only depend on the headphones, but also on the mobile phone used.

Among Android mobile phones, with Android 6.0 Marshmallow and higher and Google Play Service 11.7+, the OnePlus Buds supported quick coupling. This opens a pop-up window on the phone’s display after opening the charging box.

There is also a “gaming mode” similar to the Red Magic EarBuds or Realme Buds Air. With the OnePlus Buds, this mode is called “Fnatic Mode”, which reduces the latency to up to 103 ms. Better than Realme, but worse than the RedMagic Earbuds.

Despite the lack of aptX codec, I could not detect any noticeable offset between picture and sound in streaming tests with Netflix and YouTube, both under Android and iOS.

Each OnePlus Buds in-ear has a 35 mAh battery, which sounds below average at first. In addition, there is a 420 mAh battery in the charging box.

Despite the comparatively low battery capacity in the handsets, I was able to achieve a runtime of just under 6.5 hours at medium volume, which almost corresponds to the manufacturer’s specifications. It seems that the headphones are surprisingly energy efficient compared to the competition, like the Freebuds 3 with the same capacity per in-ear. 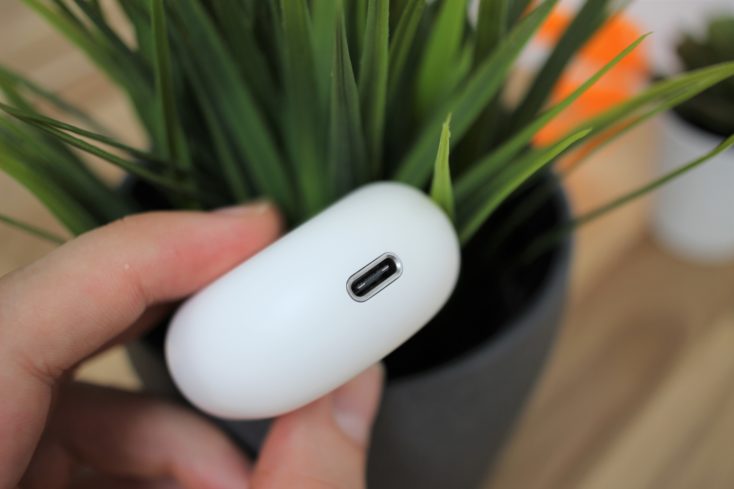 The completely discharged handsets can also be recharged about 3.5 times with the charging box. This gives a total running time of up to 30 hours without a power outlet. If you need to be quick, just 10 minutes at the power outlet will give you up to 10 hours of music playback. In the test, I was able to record a runtime of almost 8 hours by charging for 10 minutes.

If I had to choose a half in-ear, my personal choice would probably be the OnePlus Buds. Simply because for the first time they offer reasonable comfort and solid low frequencies.

I also like both the finishing and the design. OnePlus shows here that they are also able to launch a usable wireless half-in-ear on the market.

The headphones disappointed me in the area of operation. In my opinion, wireless headphones for ~100$ should support more functions. The functions it supports by touch and proximity sensors at least work reliably.

I am also positively impressed by the good battery life. This is where many wireless in-ears from smartphone manufacturers show their biggest weakness, but not the OnePlus Buds. With up to 7 hours of battery life per charge, you can get through the day well here.