4 Kommentare February 12, 2020by Alex
Hey, guys! Just a heads up: The linked offer is already a bit older and the price of the gadget might have changed or it might not be available anymore.

No, OnePlus did not release another new smartphone, but showed a concept where the cameras on the back can “disappear” behind color changing glass: the OnePlus Concept One Smartphone. This would make it possible to avoid such polarizing camera designs as the OnePlus 7T in the future. Especially with four, five or more cameras on the back, it might not be a bad idea to hide them and have a nice “clean” back.

The cameras on the back of the Concept One are behind so-called electrochromic glass, which can change the light transmission depending on the applied voltage. The glass consists of two extremely thin panes of glass between which organic particles are located, which, when activated by electricity, are either transparent or black. As a result, the Concept One cameras are always invisible until the user opens the camera app. The change from black and opaque to transparent and translucent takes only 0.7 seconds and is therefore faster than the actual activation of the camera.

This “intelligent glass” is otherwise occasionally used in airplanes and also in McLaren cars such as the 720S Spider. There, the glass in the sunroof is “tinted” at the push of a button, allowing less or more sunlight to shine through. Since this glass is usually much thicker in cars or airplanes, OnePlus has probably spent over 18 months working on miniaturizing this technology. 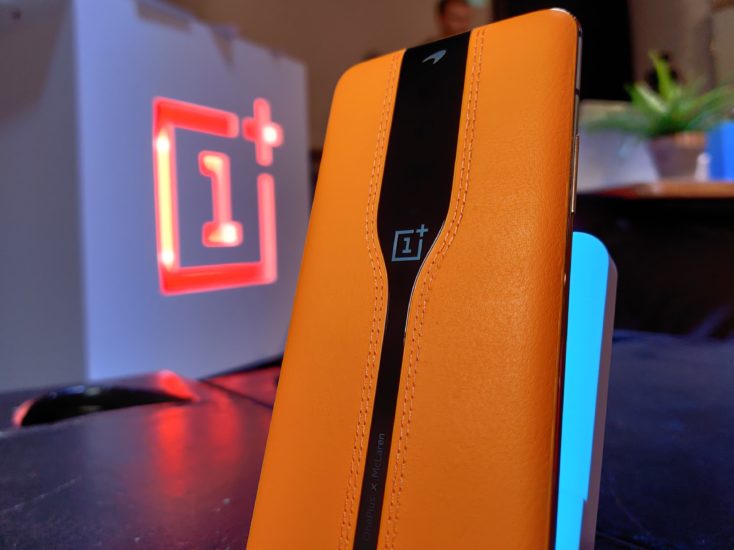 The renewed collaboration with McLaren is then reflected in the papaya-orange leather, the “OnePlus x McLaren” lettering and the McLaren logo above the cameras.

Neutral density filters as a positive side effect

Besides the more beautiful design, the electrochromic glass also offers the possibility of a neutral density (ND) filter. In the Pro mode of the camera app, ND can therefore be switched on and off, thus darkening the image a little. This is especially useful in extremely strong sunlight or very brightly lit environments to avoid overexposure. This is of course a feature that rather real photographers use and appreciate. However, if you think a bit further, the technology could be developed in such a way that the mobile phone detects possible overexposure via the ambient light sensor on the back and automatically applies the filter in variable steps. 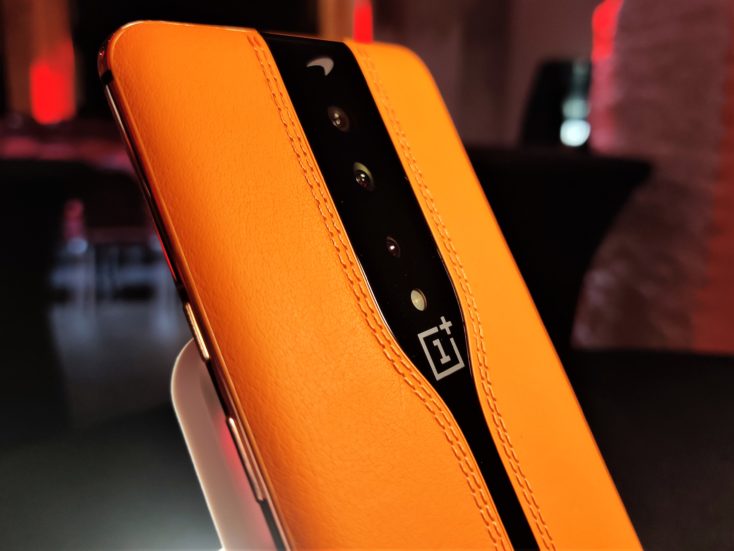 The device itself is more or less a converted OnePlus 7T Pro, but it will never be launched on the market as it is really only a concept. The technology of electrochromic glass is currently simply too expensive to produce masses of mobile phones with it, which is why it is more likely to be found in luxury cars or airplanes. Nevertheless, this is an interesting look into a possible future. What do you think of the OnePlus Concept One? Good approach or don’t you mind the ever-increasing number of cameras?