0 Kommentare March 17, 2019by Jens
Hey, guys! Just a heads up: The linked offer is already a bit older and the price of the gadget might have changed or it might not be available anymore.

Click here for a German version from our friends at http://www.china-gadgets.de 🇩🇪

The Onikuma K5 is a gaming headset that can be used on a PC as well as with X-BOX and Playstation. We got the headset sent to us and tell you if it stands out from the crowd of headsets on Amazon – or if it goes under. 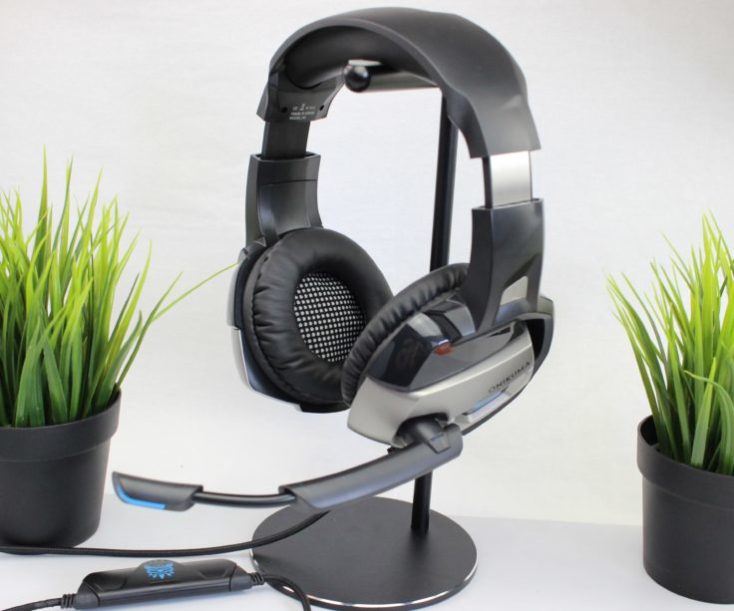 It’s just gaming headphones. Many manufacturers think that these headphones have to look as cool as possible. The K5s also have many edges and somehow look like futuristic sports cars. In addition, everything on these headphones is as large as possible. The earcups, the giant earpiece and even the control unit on the cable are all larger than they have to be. The plastic cover doesn’t serve any purpose. You have to like the design, I simply don’t care. Most of the time nobody watches me gaming. ? 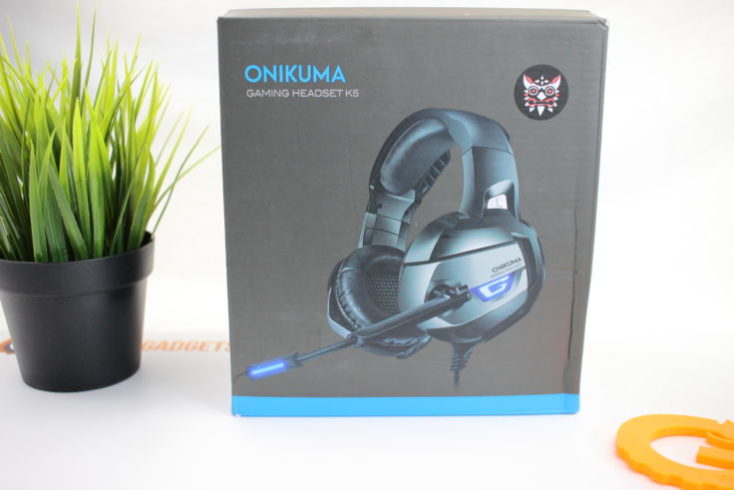 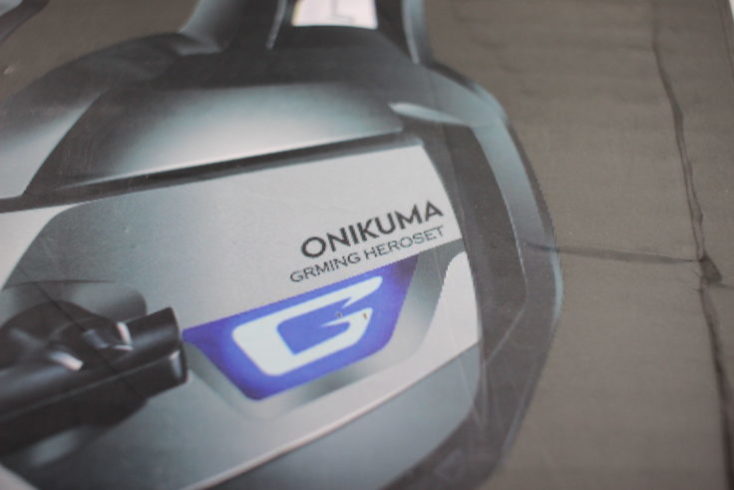 The processing is altogether okay for this price. The plastic is flexible enough to easily absorb the deformations that occur when it is put on. I haven’t actively tried to break it yet, but I assume the load limit is reached when you step on or sit on the headset. But that’s true for most headphones. 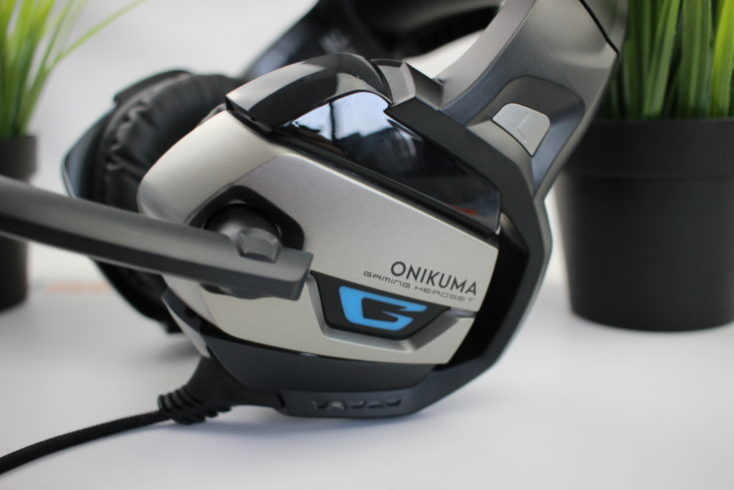 I like the connection of the cable, which prevents damage here. Altogether the cable is 2.20 m long and has both a USB and a jack plug. For the latter there is an additional splitter for headphone and microphone output. The cable has a nylon sheath and about 40 cm below the headphones an integrated remote control, with which the microphone can be muted and the volume adjusted as usual.

The headphones are tight, but not too tight. The adjustable headband allows adjustment to the head and is adjustable on both sides by approx. 2.5 cm in length. It needs a really big head so that the over-ears don’t fit. 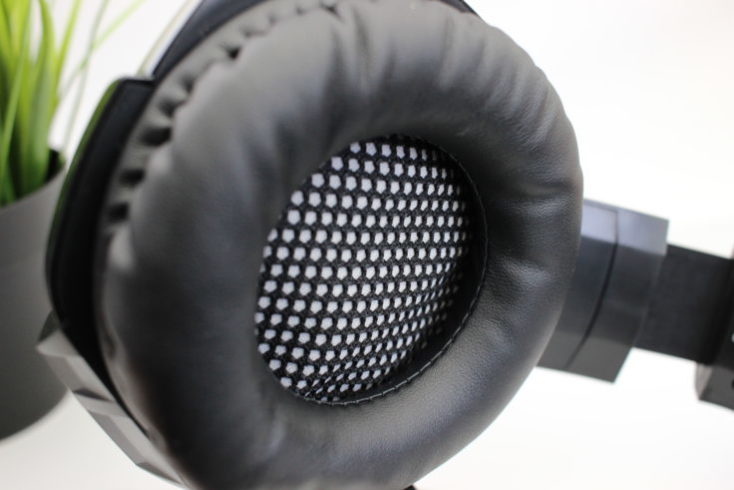 Even after several hours no unpleasant wearing sensation occurred. That is important, if it is to be a longer, several-hour long gaming session. The foam padding and the PU leather cover, however, mean that you can easily sweat in very warm temperatures. Admittedly this is only a “problem” in midsummer and would also be my only point of criticism when it comes to comfort.

Sound quality of the Onikuma K5

At the moment I use the Sharkoon Rush privately as headphones. With the $20 paid at that time even cheaper than the Onikuma, these are sufficient for my needs. The K5 can easily keep up with all headphones in this price range. With shooters and action-heavy RPGs, the sound already pops out without scratching or rushing. I also enjoy games with lots of music and soundtracks worth listening to with the headphones.

In a review I read that the maximum volume isn’t high enough – I can’t confirm that. Although there’s still some improvement for sure, I can’t play games or music at the highest volume without getting a headache. For gaming, the volume is absolutely sufficient to forget everything else around you. On the other hand, the headphones shield so well from the outside that nobody in the room can listen in (or feel disturbed) except at 90-100% volume.

In online games almost as important as the headphones is the microphone. As a team, you work better when you can communicate; in a duel between two teams of equal strength, the one with voice chat usually wins against the one without. As far as Onikuma K5 is concerned, I can only say that it simply does a good job. The sound quality is not a revolution, but my teammates have always understood me well. 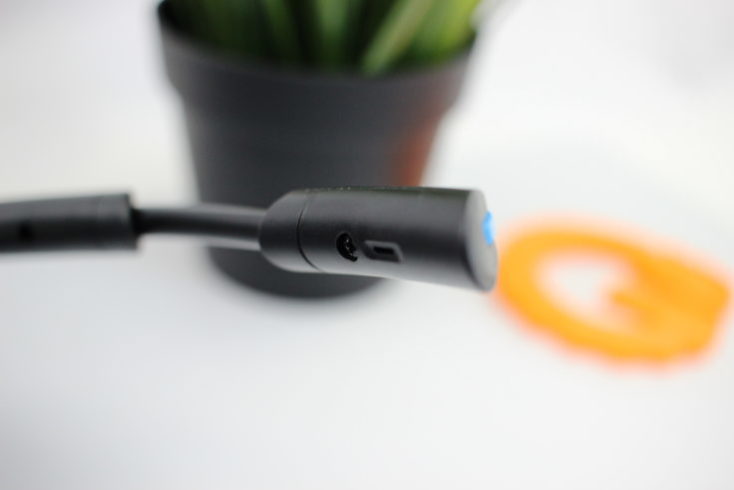 The microphone is felt a little far away from the mouth, but it has no problems understanding everything. Adjusting the microphone sensitivity does the rest, so when I activate voice, I only send when I’m talking.

For the current price, the Onikuma K5 does absolutely nothing wrong. As is so often the case with headphones, it’s mainly up to your own demands whether you are satisfied or not. And those who expect the best quality from their headphones will probably not look around in this price range. The gaming headset from Xiaomi, for example, is more expensive. I find the sound here more than sufficient.

But it has to be said that the headset doesn’t stand out from the mass of comparable models. There are countless models from just as many suppliers, which all cost $20-30 and are often pretty similar. The Onikuma K5 is no better or worse than most of them, but one that you can buy without hesitation.