0 Kommentare April 5, 2019by Thorben
Hey, guys! Just a heads up: The linked offer is already a bit older and the price of the gadget might have changed or it might not be available anymore.

The fight against the Notch brought us at least two very interesting smartphone concepts in 2018. Both the Vivo NEX and the Oppo Find X came on the market with a pop-up camera, but in different versions. A mix of both is the new Oppo Reno, with a wedge-shaped pop-up camera. 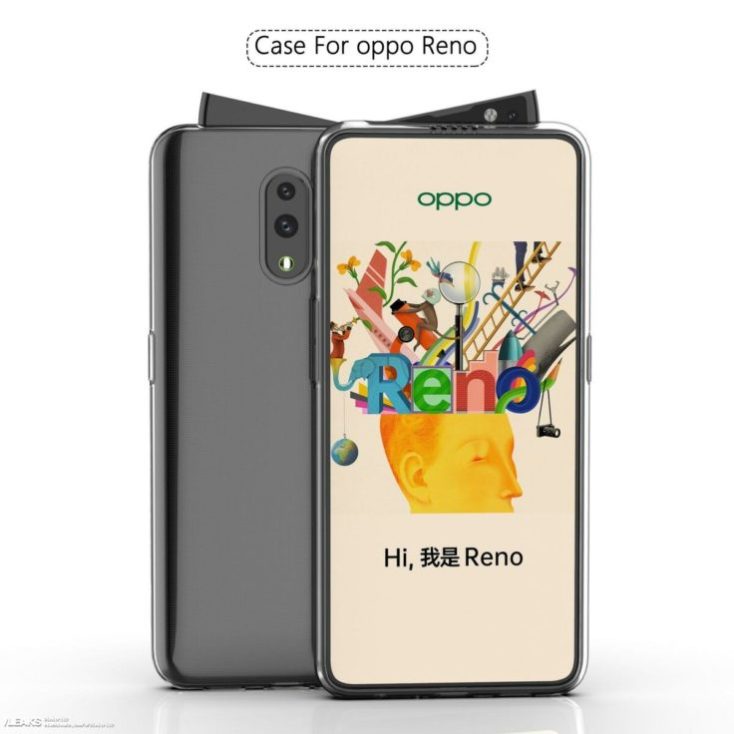 First leaks of the new Oppo smartphone show that it is again a “full-view smartphone”, after all the 6.39 inch AMOLED display probably occupies more than 90% of the entire front. A chin is still visible on the underside, which is the thickest edge of a smartphone’s screen. But you try in vain to find a Notch. The Oppo Reno display, like the Mi Mix 3 from Xiaomi, is where the front camera and some additional sensors are located in almost every current smartphone. 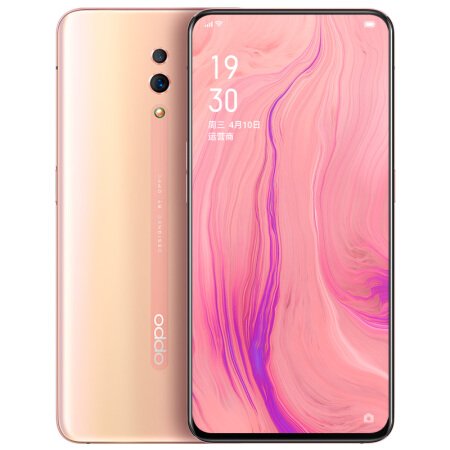 This is not achieved by a slider, but by a pop-up camera. However, this is different from the Vivo NEX and is much wider, taking up about 70% of the upper side of the housing frame. Only the right side of this wedge, on which the Selfie-Cam is to be found, is raised. This asymmetrical design is supposed to provide more stability and not be as susceptible to damage as the small pop-up cam of the Vivo NEX.

The back side is different from the Oppo Find X from last year. The dual camera is arranged relatively centrally and vertically, but with a small distance between the two sensors. Below it the Oppo logo runs parallel to the long sides. We think the new Colorways of the Smartphone are really cool. While you already know black and purple from other manufacturers, the green and let’s say apricot Colorway are a welcome change. Since we can’t recognize a fingerprint sensor, we can assume that it’s probably in the display.

The interesting thing about the Oppo Reno is that it is not just a smartphone, but a series of smartphones. So there are different Oppo Reno, one of them is of course the flagship. Accordingly, it will be equipped with the Snapdragon 855, the top CPU from Qualcomm, which is also included in the Xiaomi Mi 9, for example. As a mid-range model, a variant with the Snapdragon 710 is also to be equipped, for example in the slimmed-down version of the Vivo NEX or in the Xiaomi Mi 8 SE. A slightly weaker version with the Helio P60 is also possible, but it still delivers good mid-range performance. 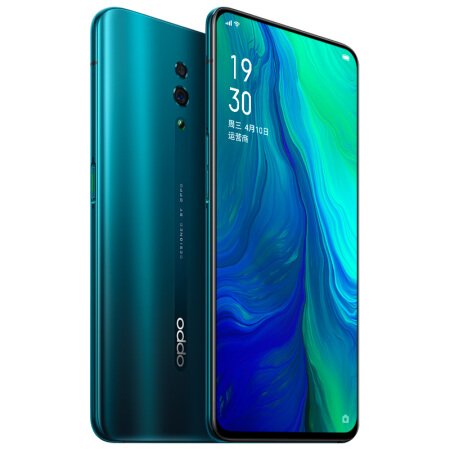 The memory combinations are not official yet, but there will almost certainly be different versions, with 4/64 GB likely to be the minimum. Of course, it’s also possible that the Snapdragon 855 version can come with up to 12 GB RAM, after all it seems to be a trend this year.

One version even uses a periscope camera as a camera, which is supposed to achieve a 10x zoom. Such a periscope camera is also used in the Huawei P30 Pro, so Oppo would not be the first manufacturer with such a zoom camera. But you can’t see them on the previous pictures yet. In addition there is the meanwhile almost obligatory 48 megapixel sensor and a secondary sensor.

Even if you might think it’s an April fool’s joke, we can deny it with absolute certainty. First leaks and videos are already a few days older. Oppo has also scheduled a launch event for April 10th to introduce the new Oppo Reno series. Of course we are curious how many smartphones will be introduced, how expensive they are and whether they are also meant for the West. Mainly we are curious about the cameras, they sound very promising. But is this type of pop-up camera more suitable for the masses than its predecessor? We don’t know. How do you see it?