0 Kommentare December 28, 2019by Thorben
Hey, guys! Just a heads up: The linked offer is already a bit older and the price of the gadget might have changed or it might not be available anymore.

Oppo is one of the leading smartphone manufacturers in the world, but you slowly but surely start to notice that its subsidiary Realme is also a major player. For example with the Oppo Reno 10X Zoom, but it failed due to a missing global version. Now the second generation has surprised us at Amazon, the Oppo Reno2 Z is causing a stir with its new processor. 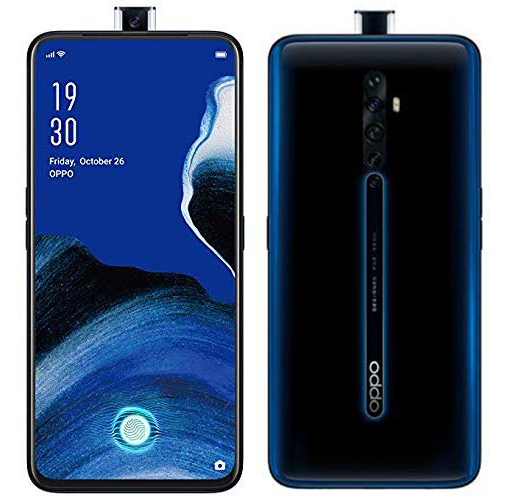 Interestingly, Oppo is trying its hand at all the design possibilities in the Reno range. For the Reno2 Z, a pop-up camera has been chosen, but not the well-known shark fin of the 10 X Zoom. The pop-up camera is positioned centrally above the 6.5 inch AMOLED display, which offers a FullHD+ resolution of 2340 x 1080 pixels. The pixel density is 394 ppi, which is justified considering the display size in this price range. Thanks to the AMOLED panel, we have a 60,000:1 contrast ratio and very good black values, but the brightness is only average at 430 nit. But thanks to the screen-to-body ratio of 91.1%, you’re already dealing with a “borderless” smartphone. 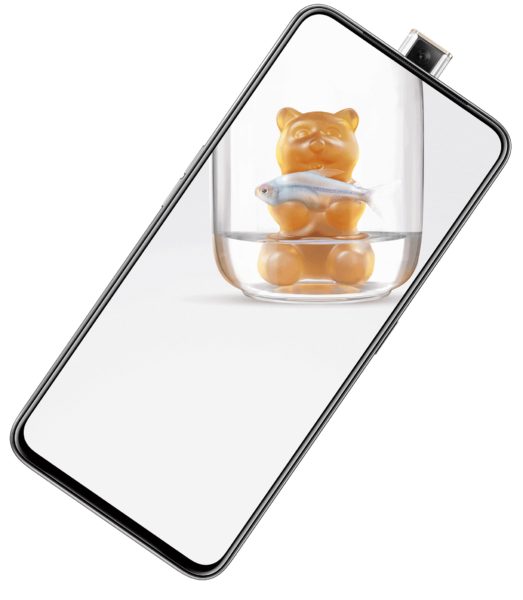 The back strongly reminds us of the first Reno generation, and similar to the similar Xiaomi Mi 9T, the cameras are arranged vertically in the center. This is a quad camera, below it is the “O-Dot”, which carries the 195 g of the Oppo Reno2 Z, so that the camera is protected. It also seems to be back in the housing and not sticking out like the competition. The Oppo Reno2 Z is available in three different colors: Nebula Green, Sky White and Luminous Black.

That Oppo knows how to build smartphones is also proven by the protection provided by Corning Gorilla Glass 5 on both sides. The pop-up camera on the top also has a safety mechanism so that it retracts automatically if the phone should fall. The fingerprint sensor sits in the display of the phone, similar to the Xiaomi Mi 9T mentioned above.

The Reno2 Z has to compete with exactly this mobile phone. A look at the datasheet reveals an interesting difference, the 2 Z uses a brand new CPU. The MediaTek Helio P90 is the most powerful processor of the P-series and offers a higher clock rate on paper than the Snapdragon 730 from the Mi 9T. But the SD730 is based on the 8nm process and therefore a bit more energy efficient. Oppo tries to compensate for this with memory, after all there are 8 GB RAM and 128 or 256 GB mass storage on board. A 4.000 mAh battery provides power. 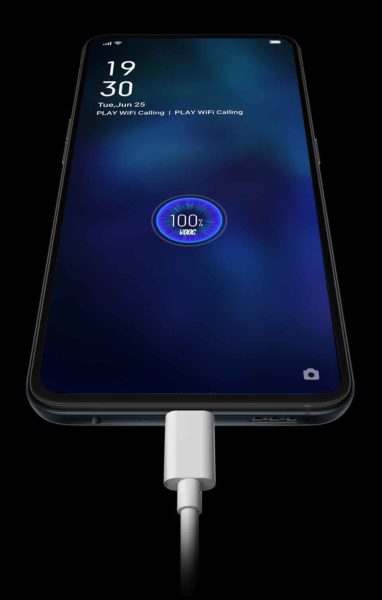 It gets interesting on the back: Here the Sony IMX586 sensor with 48 megapixel resolution is used. The same main sensor also sits in the Xiaomi Mi 9T Pro, but also in the Oppo Reno 10X Zoom, where we really liked the photos. The strong main camera is combined with an 8 megapixel ultra-wide angle sensor and two 2 megapixel sensors for the new portrait mode. The portrait mode can also be used with the 16 megapixel front camera, but not only for photos but also for videos. Oppo also implements a 10x digital zoom, electronic image stabilization, 4K video at 30 fps and a LED flash. 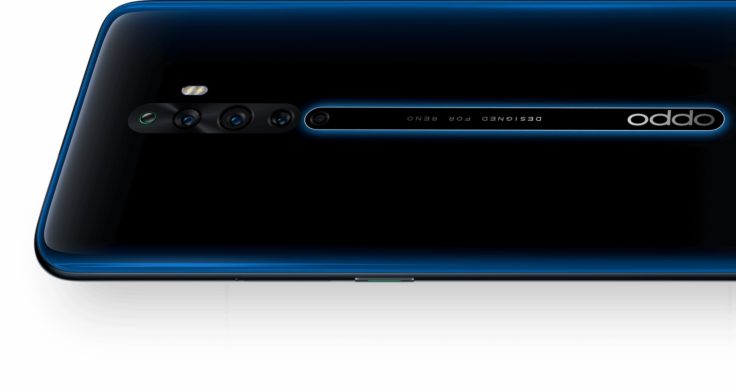 The Oppo Reno2 Z must be praised for its wireless connectivity: Dual Band ac-WiFi, GPS, A-GPS, LTE Band 20 and 28 as well as 1,2,3,4,5,7 and 8, Bluetooth 5 and NFC. The physical component, however, then reaps criticism: only micro-USB in such an expensive smartphone, no jack plug and no memory expansion. That makes 0 of 3 possible points. For this there is at least one Dual-SIM slot.

As with the Realme smartphones, Color OS 6.1 is pre-installed as operating system, which in this case is of course also based on Android 9. This seems to be the global version, which is therefore directly multilingual and appears with all relevant Google services.

With the Oppo Reno2 Z, it is quite clear where the big problem lies between parent and subsidiary. The 2 Z sounds good, especially the display in combination with the camera and the software possibilities seems to be promising. The price is probably still the biggest obstacle here, but should fall as usual over time. Should we try to organize a test device?