7 Kommentare November 9, 2018 by Maike
Hey, guys! Just a heads up: The linked offer is already a bit older and the price of the gadget might have changed or it might not be available anymore.

Interesting news: Oppo has introduced the Oppo RX17 Pro and RX17 Neo in Europe. These are basically the R17 and R17 Pro, which were introduced this summer in China. Now the European launch with a new name and slightly changed specs is on the agenda. We have adapted the article accordingly. The devices are not yet listed in the shops, we will inform you as soon as they are available and if they are also intented for the American market

Even if the manufacturer Oppo hasn’t said much to you so far, if you follow the top models a bit, you might have heard about Oppo Find X at the latest. Now the manufacturer is able to be innovative again, at least to some extent. The Oppo RX17 comes on the European market in two versions and offers a Waterdrop notch and the Pro version even gets a triple camera! 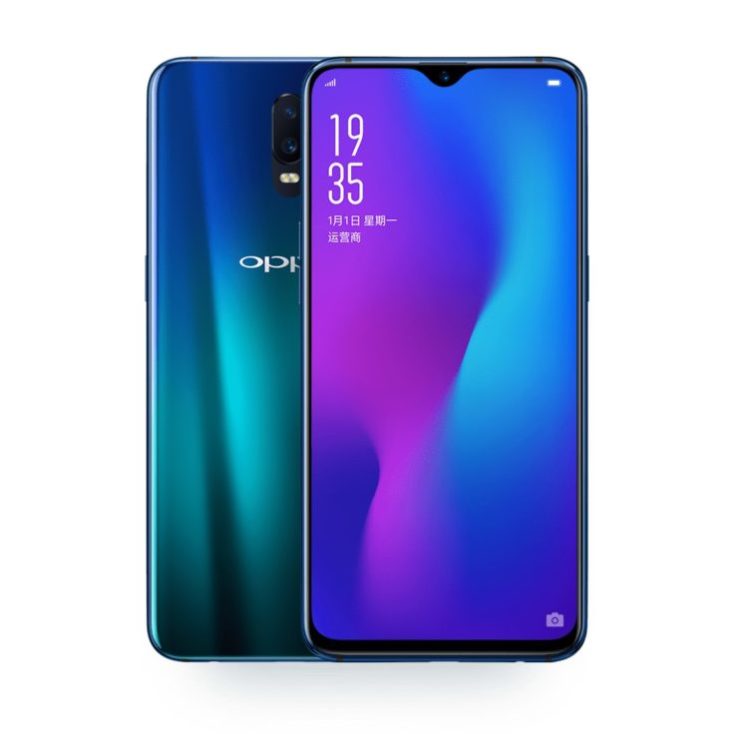 The premise of the Find X, namely to be as borderless as possible, is also reflected in the design of the Oppo RX17. The main focus here is on the display, which is an AMOLED panel with a 6.4 inch screen diagonal. This not only resolves in Full HD, no, it also occupies a total of 91.5% of the front – wow! At least that’s the official value, if that’s true? This screen-to-body ratio is very remarkable for a non-flagship camera.

The Oppo RX17 only realizes this by using a notch as well. It is very small and mainly houses the front camera. Due to the shape of a drop of water Oppo talks about a Waterdrop-Notch. However, this is not the only special feature of the display. The fingerprint sensor of the Oppo RX17 Neo and RX17 Pro is located in the display, as we know it from the Xiaomi Mi 8 Explorer Edition, for example. 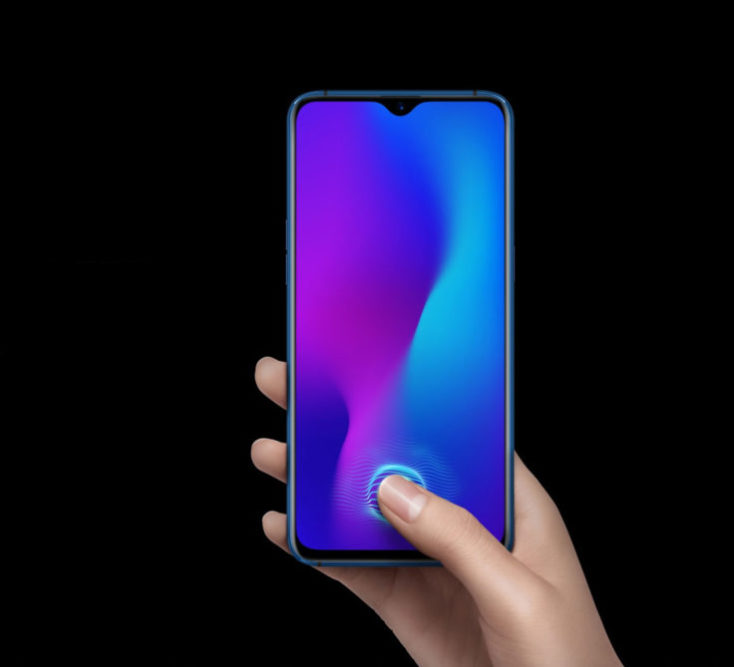 If you look at the back, a strong influence of Huawei is unmistakable. After the P20 & P20 Pro, the Honor 10, for example, has also opted for this Twilight design, which combines various metallic colours. First and foremost a mixture of green, purple and blue is dominant and gives the RX17 a very eye-catching look. There is also a very thin screen border on the underside. All in all this reminds us quite strongly of the Vivo NEX, but with Notch instead of Pop Up camera and the more striking Twilight design. 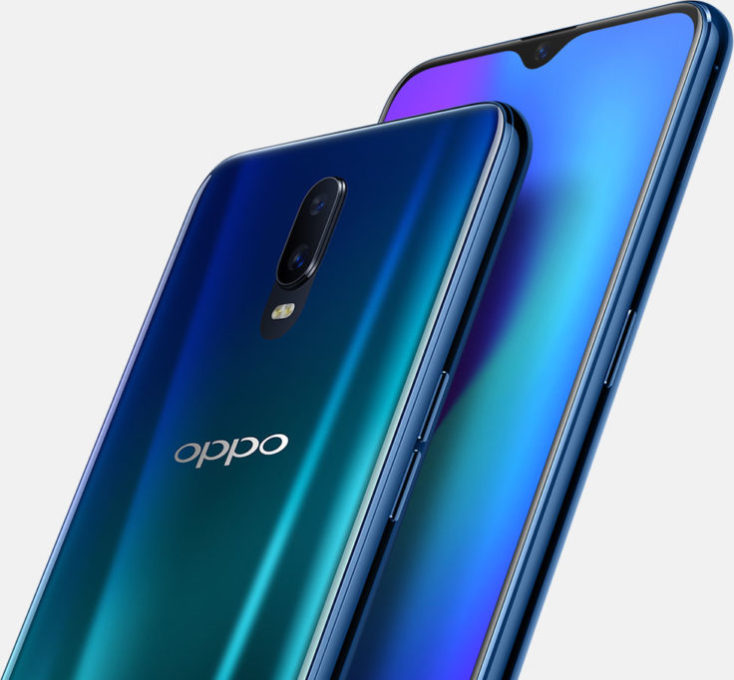 The Snapdragon 660 is nevertheless a good CPU and is also used in the cheaper Oppo RX17 Neo. The eight Kryo 260 cores have already proven themselves in various Xiaomi smartphones such as the Xiaomi Mi 8 Lite and also offer good performance overall! The smaller version, the Neo, comes with 4 GB RAM and 128 GB memory, the Pro version even gets 6 or 8 GB RAM, but also 128 GB memory.

When it comes to the battery, there’s not really much going on in both versions. You equip the Neo with a 3,600 mAh battery, the more expensive Pro version with 100 mAh more and thus gets a 3,700 mAh battery.

For Augmented Reality fans, the Pro version, the Oppo RX17 Pro, should be of particular interest. Here, the Chinese manufacturer relies on a triple camera, i.e. on three camera sensors located on the back. However, the third sensor is not an extra telephoto lens for zoom photos as in the Huawei P20 Pro, but a ToF sensor. This stands for time of flight.

But the Pro version also offers a significant advantage for photographers. The RX17 Pro also uses a mechanical aperture that covers at least two aperture levels (ƒ/1.5 and ƒ/2.4). We already know this from the Samsung Galaxy S9. The sensors are a 12 megapixel and a 20 megapixel sensor. On the front side Oppo even offers a 25 Megapixel sensor, but that doesn’t have to mean anything.

The internal memory of course contains Android 8.1, but it doesn’t expect us in the familiar form. Oppo adapts the operating system a lot and offers with ColorOS 5.2 a strongly adapted user interface. You can already read what you can expect from it in our Oppo Find X test. Since both Oppo devices are intended for the European market, we also get the LTE tapes 1/2/3/4/5/7/8/18/19 and 20, plus Bluetooth 5.0, GPS and Dual Band WiFi. The Oppo RX17 Pro is even equipped with NFC!

The Oppo RX17 Neo and especially the Oppo RX17 Pro look really good in my eyes. The processor choice is right, I like the design very much – you can quickly get used to such a small notch and the fingerprint sensor in the display is of course a small highlight. How good the camera turns out can’t really be estimated, but of course we hope for a real added value of the ToF sensor. As it has now also been introduced for the EU, the availability is of course no problem.

The manufacturer’s recommended retail price is $398 for the Oppo RX17 Neo and $684 for the RX17 Pro. Even if the smartphones both make a good impression, this is still a bit too expensive, especially considering the competition. The RX17 Neo comes with almost the same equipment, except for the in-display fingerprint sensor, also in the Xiaomi Mi 8 Lite. And the RX17 Pro has to compete with the slightly cheaper OnePlus 6T, which also offers a fingerprint sensor in the display. The devices are not yet listed in the shops, we will inform you as soon as they are available and if they are also intented for the American market.