We haven’t heard from the smartphone manufacturer Oukitel in a while. But now we’re surprised by the Oukitel WP7, a “modular” outdoor smartphone with various attachments. 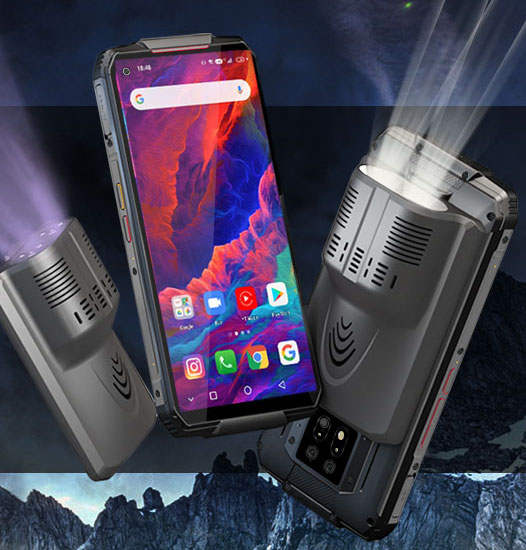 That the WP7 is supposed to be an outdoor smartphone is immediately apparent. We have already seen the rough design, the thick housing frame, the clearly visible screws and the orange color accents in the shape of Blackview & Co. But the outdoor smartphone surprises with a modern looking punch-hole design. In other words: the front camera is located in the top left corner of the 6.53″ FullHD+ display. This is an IPS LCD touchscreen, which interestingly enough “only” supports 5 finger multi-touch. 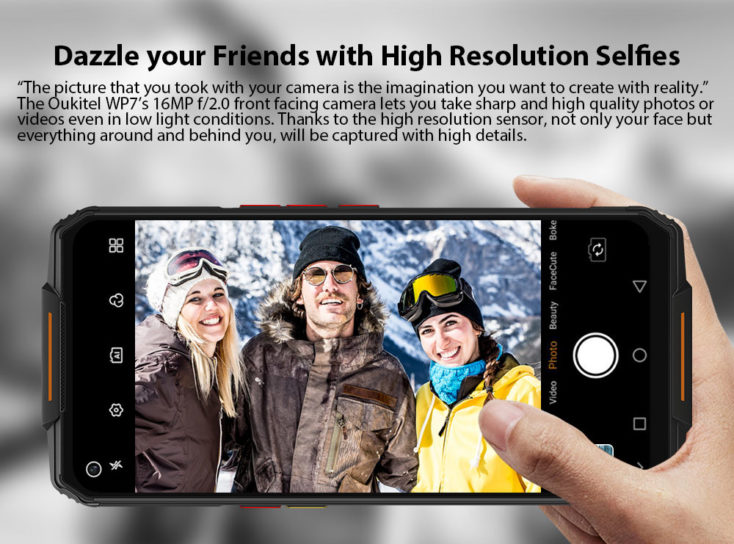 The back then reveals the actual potential of the outdoor smartphone. Even without an attached module, you can see the triple camera, a square fingerprint sensor, NFC and the magnetic contacts for the various attachments. The phone is available in black and orange. 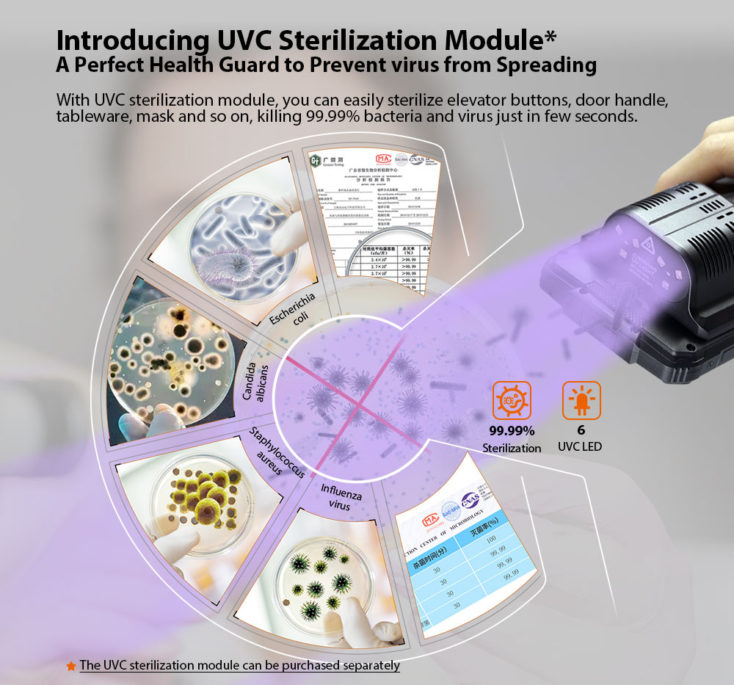 Oukitel offers a flashlight module that supports five different modes, including SOS. The other module is a UV disinfection lamp, which is currently often found in China shops. It remains to be seen whether this is an answer to the coronavirus. Allegedly it is supposed to kill 99.99% of all germs on a surface within ten seconds – okay. The attachments cost $40 to $60 each. 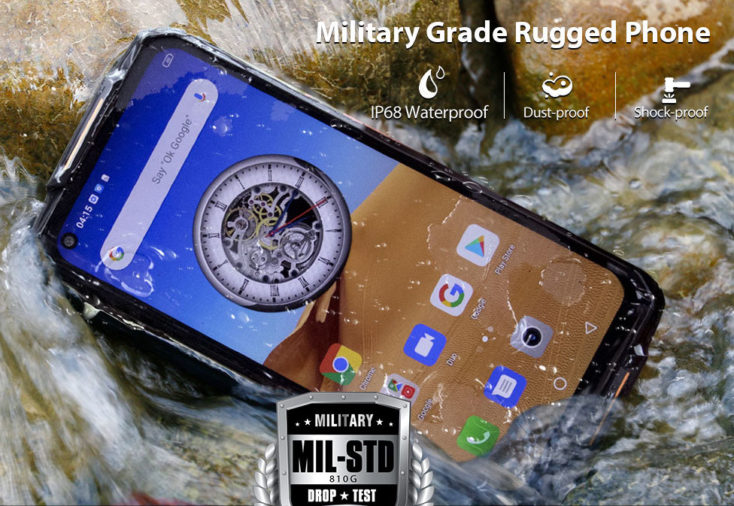 As befits an outdoor mobile phone, the Oukitel WP7 has an IP68 rating, so it is protected against water and dust. On the left side there is also a smart button and a button for the external flashlight.

In our opinion, these modules are not as convincing. But the hardware components used can keep up with the competition. On the board is the MediaTek Helio P90 processor, an eight-core processor with up to 2 GHz clock frequency, which is accompanied by the PowerVR GM 9446 GPU. In addition, there is 8 GB RAM and 128 GB memory that can be expanded with a microSD card. 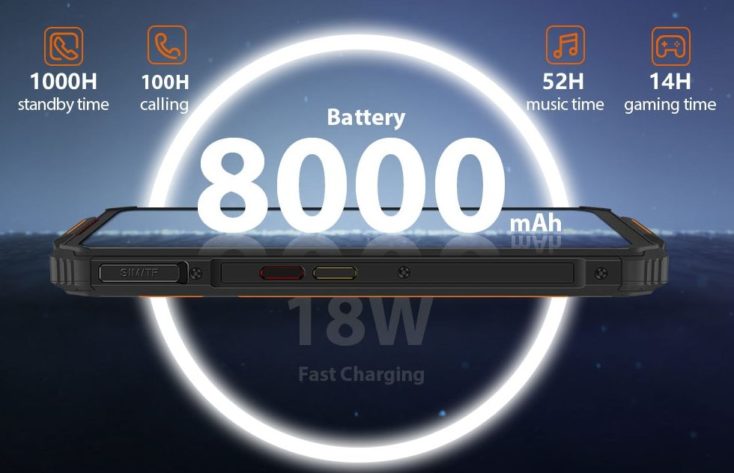 The battery turns out to be very large with a capacity of 8,000 mAh and should provide a good runtime even with the not so energy efficient CPU. Included in the scope of delivery is an 18W charger, which is a quick charger, but in view of this capacity it still needs several hours to fully charge the Oukitel WP7. At least a USB-C port is used for this.

The camera on the back consists of three sensors, whereby the main sensor offers a 48 megapixel resolution. This seems to be the Sony IMX582 sensor, which is also found in the Xiaomi Mi 9T and has provided good results. The Oukitel won’t take pictures on the same level as the Xiaomi Mi 9T, as the appropriate software optimization is probably missing, but the photos should generally look quite decent. There is also an 8 megapixel night vision camera and a 2 MP portrait camera. On the front, the WP7 has a 16 MP front camera.

Surprisingly, the Oukitel WP7 is still based on Android 9, where Android 11 is already in the starting blocks.For this, there is after all LTE, NFC, Dual Band ac-WiFi, GPS, Bluetooth 5 and a hybrid SIM slot. Unfortunately, you can do without a 3.5 mm jack plug.

The pure hardware for the Oukitel WP7 sounds relatively fair considering the price offered: the CPU is sufficient in any case, there is plenty of memory, a good camera sensor, a huge battery and the most important connection standards. The IP68 rating is also practical, of course, but also essential for an outdoor mobile phone. On the other hand, the modular attachments don’t convince me very much and Android 9 is also a thorn in my side.