PIMAX 5K Plus VR Glasses for $669 – The Future of Virtual Reality?

0 Kommentare June 19, 2019by Jens
Hey, guys! Just a heads up: The linked offer is already a bit older and the price of the gadget might have changed or it might not be available anymore.

When you think of VR glasses, most probably think of the names Oculus Rift and HTC Vive. However, a Chinese company would like to get involved in the market, and after a long crowdfunging phase, the PIMAX 5K is now also available in our Chinese online shops. Currently you can get it at GearBest from the US warehouse, duty free. 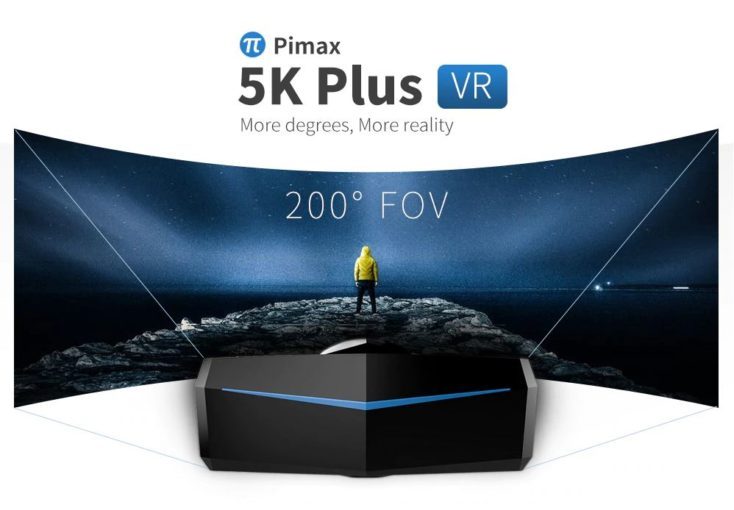 As is often the case with crowdfunding projects, the launch of the PIMAX 5K and 8K has shifted far behind. In the meantime, however, it has been delivered to the backers of the campaign and is also available for sale to the rest of the world. On the Kickstarter page of the glasses you can see all information about the (meanwhile finished) campaign.

At least on paper it easily beats the competition of Oculus and HTC. The PIMAX 5K Plus has an LCD with 2560 x 1440p per eye (the 8K version even 3840 × 1440p). For comparison, both Vive and Oculus Rift offer 1080 x 1200p. The same applies to the Field of View (FOV), which is 200 degrees for all PIMAX models, which is also much higher than for other manufacturers. The frame rate for all PIMAX models is 90 Hz.

The higher resolution and associated features such as a lower screen door effect make these glasses a welcome further development of VR technology. However, the upgrade also means that the hardware requirements are also increasing. The manufacturer states that it should be at least a NVIDIA GTX 1070 or a card of comparable performance. Mind you, these are the minimum requirements – in order to be able to display even demanding programs fluently it needs even more power. 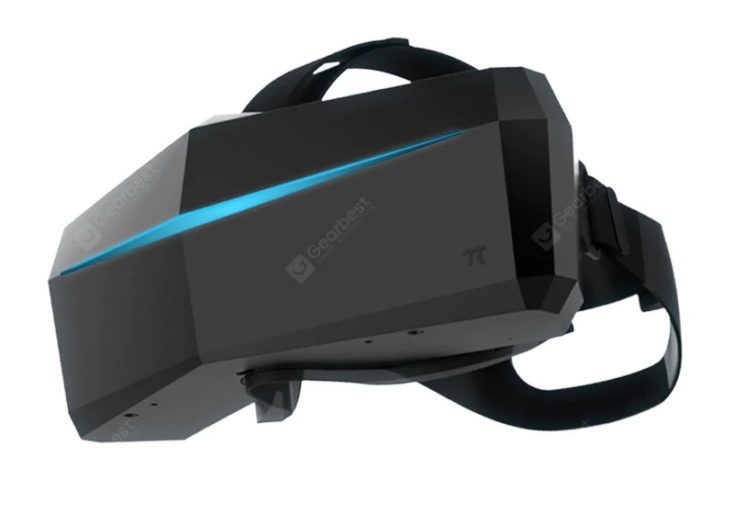 The rather “angular” design of the glasses is particularly striking from the outside. They are also very wide and give the wearer a “hammerhead shark look”. Apart from that the design is well known, two elastic straps around and over the head hold the glasses in position. Important: The price only includes the glasses themselves, no accessories. However, the PIMAX is compatible with the sensors and controllers of the HTC Vive, but not with the Rift accessories.

So is the next big step in virtual reality coming from China? The PIMAX 5K looks promising, most of the experience reports and tests so far have a consistently positive basic tone – even if there is still room for improvement. We thought we’d try the glasses out for ourselves and hopefully we’ll be able to tell you our opinion about the PIMAX 5K Plus soon. If you don’t want to wait, GearBest currently offers the glasses duty free from the US warehouse.