POCO F4 GT presented: The most powerful POCO yet!

0 Kommentare May 1, 2022by Thorben
Hey, guys! Just a heads up: The linked offer is already a bit older and the price of the gadget might have changed or it might not be available anymore.

POCO – the four letters stand for either affordable furniture or very good value for money. The fourth generation of the F series culminates in the strongest POCO smartphone to date: the POCO F4 GT. The “epitome of power” is a gaming smartphone – or is it? 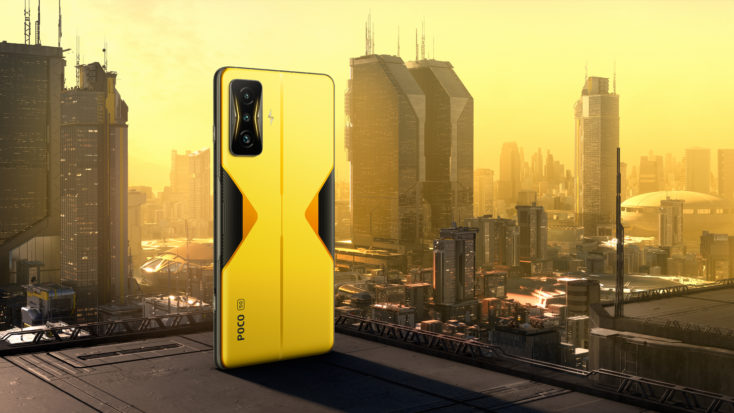 A gaming smartphone thanks to shoulder keys?

The fact that the POCO F4 GT is supposed to be a gaming smartphone is not only obvious from the name, but also from the design. The F4 GT is available in three colors: black, silver or yellow, whereby the POCO Yellow in particular naturally fits the brand well. A kind of gaming pattern is recognizable on the back, with a triangular design coming from the left and right. The tips of the triangles are in a slightly different color, which makes it the most striking POCO smartphone so far. Gorilla Glass Victus is used for protection. 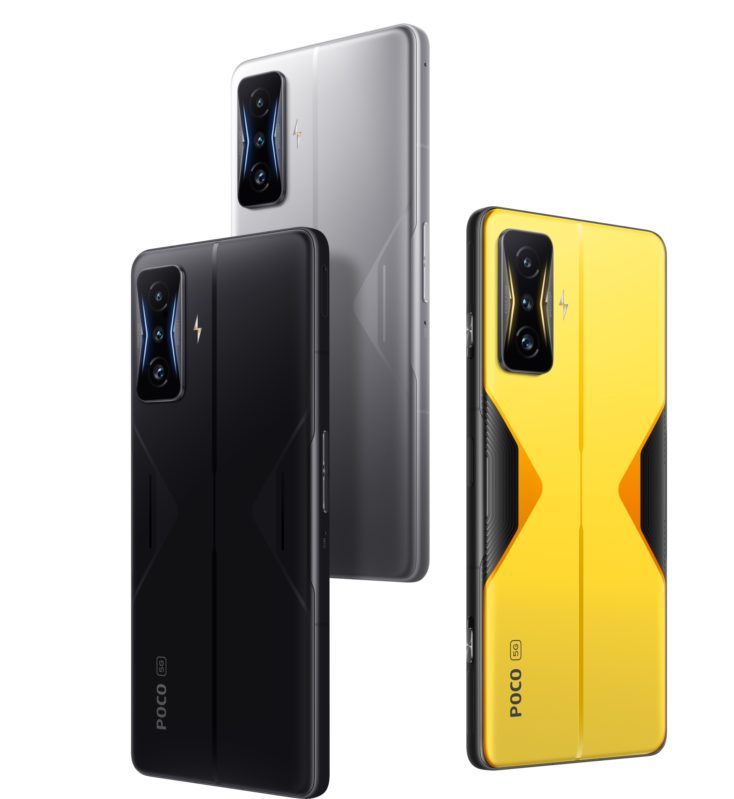 The positioning of the volume buttons is unusual for Xiaomi, namely on the left. Why? So that there is room for the shoulder buttons on the right. Just like in the Xiaomi Black Shark 4, the manufacturer has integrated mechanical shoulder buttons! These require a slider that sits next to it on the inside and takes the shoulder keys out of the case. This is supposed to create a real controller feeling. This is not only an advantage for gaming, but also for everyday use. Xiaomi allows a “free” assignment of the two buttons for double pressing and holding. For example, you can use them to start the camera or flashlight. The operating system also allows one of four sounds and a screen animation. 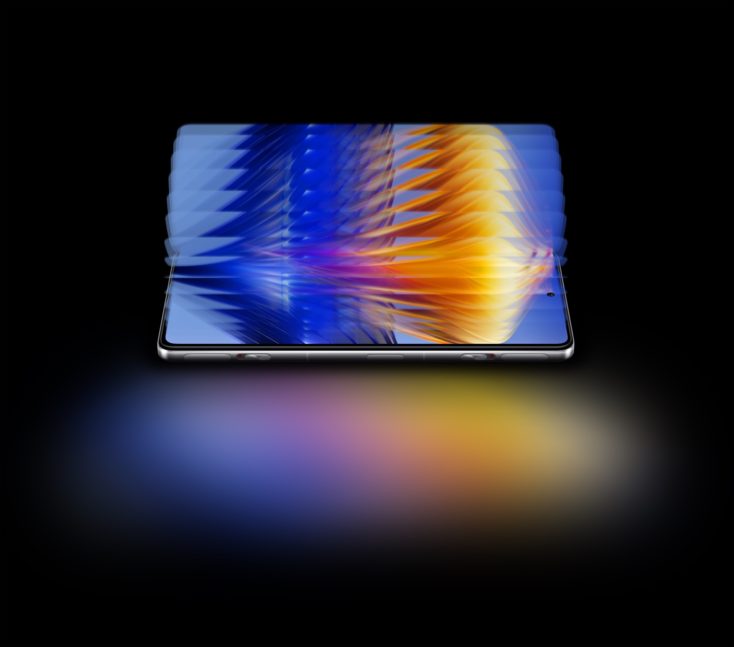 Speaking of the screen: The screen stays true to the basic specs of the popular predecessor. A 6.67-inch AMOLED screen with a refresh rate of 120 Hz, Full HD+ resolution and 20:9 aspect ratio was already present in the POCO F3. The touch sampling rate has been increased to 480 Hz, but the brightness (HBM) has apparently been reduced from 900 nits to 800 nits. In contrast to the predecessor, there is now also a 10-bit display, so the screen can display one billion colors – which is now standard. However, the fingerprint sensor is still disguised as a power button instead of being positioned below the screen like in the Xiaomi 12.

The claim to be the “epitome of power” is met with the Qualcomm Snapdragon 8 Gen 1. Interestingly, they return to the original line and use the current top processor; the POCO F3 “only” had the Snapdragon 870 instead of the 888. The 4nm chip offers a clock rate of up to 3 GHz and is also used in much more expensive smartphones like the OPPO Find X5 Pro or OnePlus 10 Pro. In addition, there are 8 or 12 GB of LPDDR5 working memory and 128 or 256 GB of UFS 3.1 mass storage that cannot be expanded.

The 4,700 mAh battery surpasses the capacity of the predecessor by just 180 mAh, but we can expect a slightly better runtime due to the more efficient chip. However, that could be secondary, because the POCO F4 GT also earns the name addition “GT” in charging speed. 120W charging is possible! This makes it the fourth smartphone in Xiaomi’s global portfolio that can be charged in just 17 minutes. Besides the processor, another parallel to Xiaomi’s flagship, the Xiaomi 12 Pro. Not only the charger is integrated, but also a USB-C cable with an L connector, which facilitates charging while gaming.

The POCO F4 GT is also more reminiscent of the POCO F2 Pro than its direct predecessor in terms of camera setup. After all, the Sony IMX686 is the same main camera sensor as in the F2 Pro, but the ƒ/1.9 aperture is not quite as fast as many modern sensors with a resolution of 64 megapixels. There is also an 8 MP ultra-wide-angle camera with a 120° shooting angle and a 2 MP macro camera – unfortunately not the 5 MP sensor that was used back then. Selfies are taken with a 20 MP camera with a ƒ/2.4 aperture, which is the Sony IMX596 sensor. 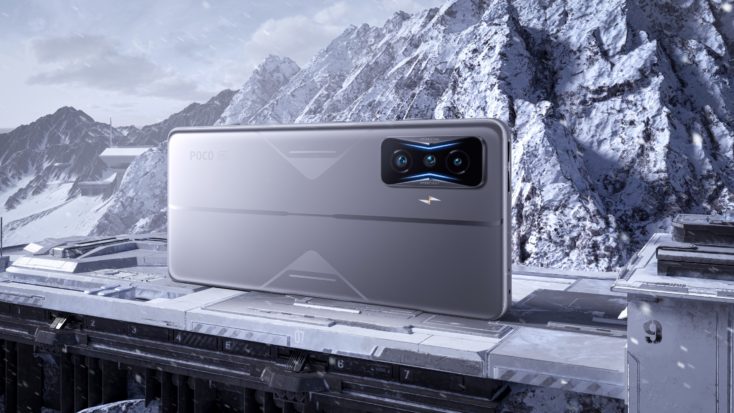 Four speakers for one Hallelujah

The POCO launcher has been used since the first Pocophone, which turns MIUI into “MIUI for POCO”. Not much changes for Xiaomi fans, a slightly different icon pack and the own launcher with preset app drawer and e.g. color sorting. It is MIUI 13 based on Android 12 including all Google services, German language and certified Play Store. There is no specially customized gaming look, only settings for the shoulder buttons and (notification) LED on the back.

Thanks to the Snapdragon 8 Gen 1, it is a 5G smartphone, and all frequency bands are integrated. But LTE including Band 20 and Band 28 is also considered. Both slots of the dual-SIM slot are suitable for 5G, but there is no room for a microSD card. Local Internet can also be used with the current standard thanks to Wi-Fi 6 & 6E. There is a USB-C port on the bottom, but no jack. Beyond that, the user can look forward to Bluetooth 5.2, GPS and NFC. 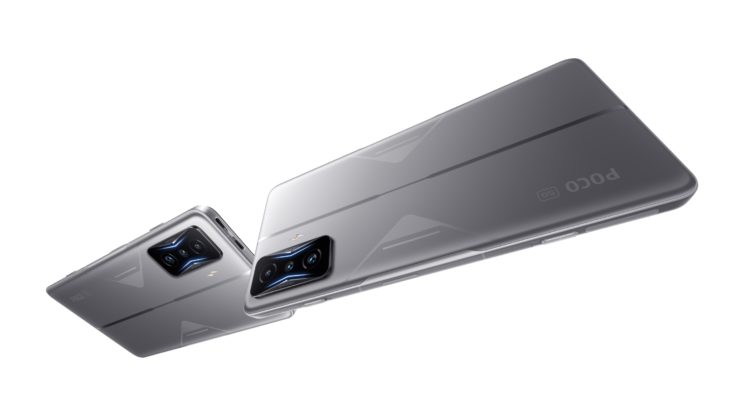 Another parallel to the Xiaomi 12 Pro is the quad-speaker setup. Instead of the now common two speakers, there are now even four speakers that are supposed to provide a voluminous sound, not only when gaming.

With an early-bird price of 499€, the POCO F4 GT is the most expensive POCO so far. Funnily enough, it is the global version of the Redmi K50 Gaming Edition, as we already suspected. But it is also the most powerful one and at least you now choose the top processor. The 120W charging is also an argument for the price, even though it is offered cheaper in the Redmi Note 11 Pro+. I find it a bit unfortunate that they did not install a better camera setup; the predecessor only performed suboptimally here, and I would like to see an improvement. We are also curious whether the “gaming look” will scare people away or attract them. Can you imagine using the side keys for other functions in everyday life?