“Master of Speed”, “The Performance Monster” and “The Epitome of Power” – the names for the past POCO smartphones are brimming with superlatives. Now they release the much-anticipated POCO F4, the cheaper alternative to the recently released POCO F4 GT, under the slogan “Strong in every respect”. But looking at the spec sheet, one wonders: Strong in what respect? 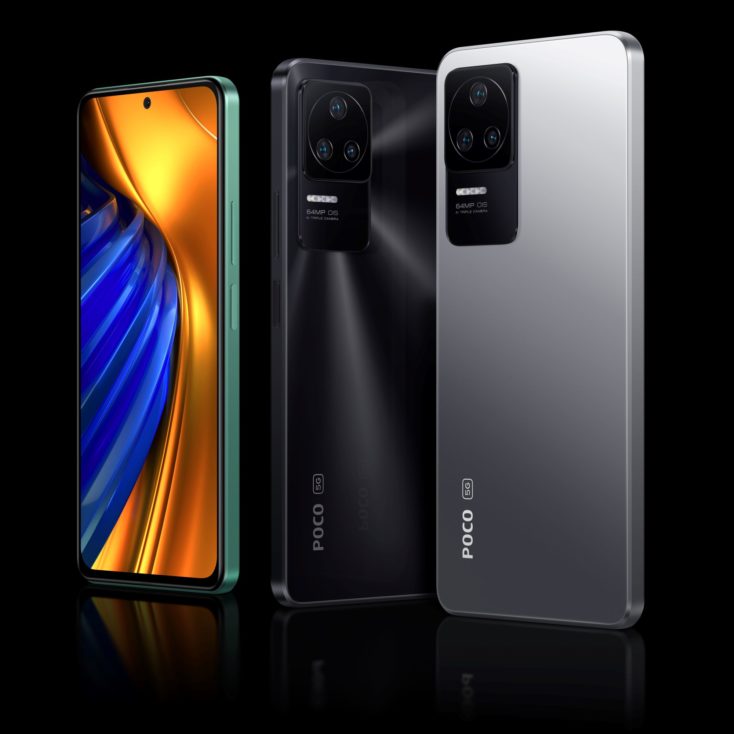 Technical data of the POCO F4

The POCO F4 GT or the POCO F2 or a few other models alone prove that POCO and Redmi like to collaborate from time to time. The POCO F4 also quickly shows that the current Redmi design has been adopted. Corners and edges are visible on the casing’s edge, which is now also angular and not rounded according to the iPhone model. The power button is on the right side, which also accommodates the fingerprint sensor like in the F3. With a thickness of only 7.7 mm, it is 0.1 mm thinner than its predecessor and thus probably the thinnest POCO smartphone so far. The camera module on the back is split in two, and the three lenses are arranged triangularly on top. The POCO F4 is available in the colors Moonlight Silver, Night Black and Nebula Green. 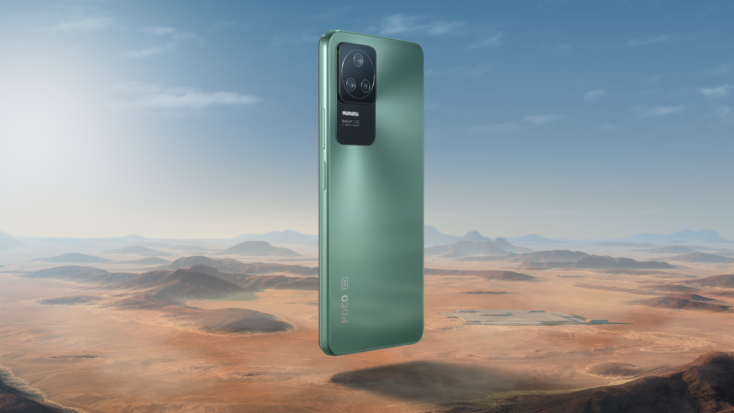 The front is strongly reminiscent of the POCO F3 or the X-series, after all, a 6.67″ screen is once again installed. This diagonal was originally the Xiaomi standard, but now every POCO is actually this big. Furthermore, the refresh rate is again 120 Hz and the touch sampling rate is 360 Hz, just like in the predecessors. The HDR10+ certified display in 20:9 aspect ratio lands at a pixel density of 394 ppi thanks to 2400 x 1080 p resolution. The maximum brightness is 1300 nits for HDR content, but it is 900 nits in normal use. The panel is protected by Corning Gorilla Glass 5. 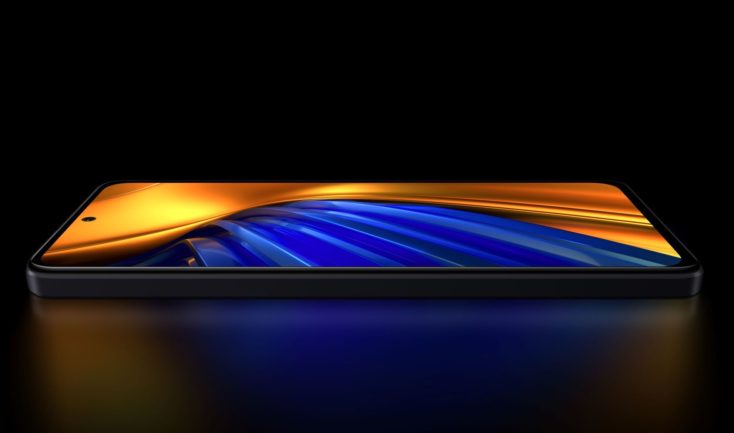 Strong in what respect?

So far, so well known. Unfortunately, this also applies to the processor. While the POCO F4 GT is equipped with the Qualcomm Snapdragon 8 Gen 1, the POCO F4 is put off with the Qualcomm Snapdragon 870. Yes, you read that right. This is the same processor as in the POCO F3, which was only the second choice after the Snapdragon 888 even then. After all, it is a new edition of Qualcomm’s Snapdragon 865, the flagship processor of 2020, which was already installed in the POCO F2 Pro. Sure, the chip is not bad and still up to date thanks to a 3.2 GHz clock rate and 7 nm process, but to what extent does it qualify for “Strong in every respect?”. In our opinion, the Snapdragon 888 would have been the least. The 6 or 8 GB LPDDR5 working memory or the non-expandable UFS 3.1 storage with 128 or 256 GB of memory do not help either. 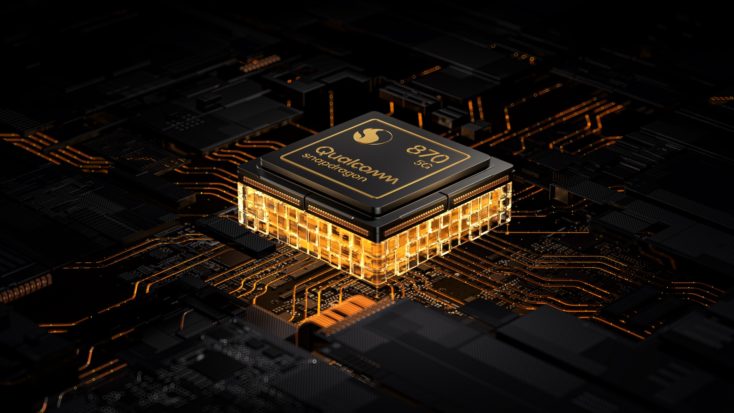 Compared to the predecessor, the battery has even been reduced, but only by 20 mAh. Thanks to the same processor and display, we can expect the same runtime of almost 11 hours from the 4,500 mAh battery. At least it can now be charged quickly with 67W. However, that is not really newsworthy in Xiaomi’s universe. This is only possible via the USB-C port at the bottom, wireless charging is not available. Otherwise, there is NFC, a dual-SIM slot, Wi-Fi 6, Bluetooth 5.2, dual-band Wi-Fi and 5G as well as LTE Band 20. The typical Xiaomi IR blaster and a 360-degree ambient light sensor are also not missing. At least it comes with MIUI for POCO 13, which is based on Android 12. However, there is no update promise here either. 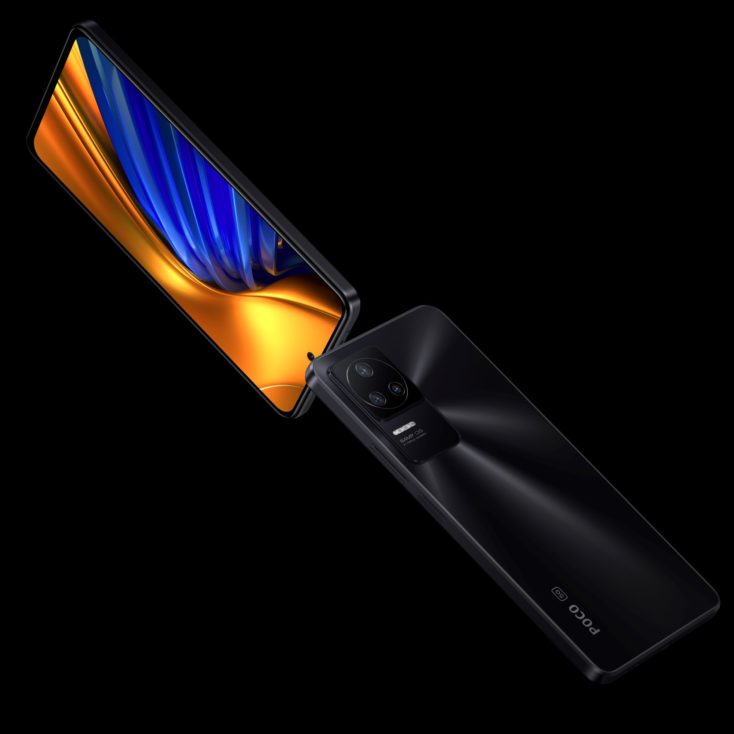 The POCO F4 is equipped with a 64-megapixel main camera. It works with a ƒ/1.79 aperture and a 6P lens, but the exact sensor is not revealed. In addition, there is an 8 megapixel ultra-wide-angle camera with a 119° shooting angle as well as a 2 MP macro camera. A 20 megapixel camera with a ƒ/2.45 aperture is used for selfies.

Attentive Xiaomi disciples will notice that the POCO F4 is more or less Xiaomi’s Redmi K40S from China, only with a different main camera. Not only that: the difference to the predecessor can actually be reduced to the design, camera and charging speed. Important components like processor, battery and display are identical. Where is the progress and especially the strength that is supposed to be represented here in every respect? The POCO F4 GT offered much more new potential, the POCO F4 seems like an S-version of the F3 at best. Oh well, in China it is.