POCO M3 for $129: Xiaomi undercuts itself

0 Kommentare November 24, 2020by Thorben
Hey, guys! Just a heads up: The linked offer is already a bit older and the price of the gadget might have changed or it might not be available anymore.

If one were to take a critical tone, one could say that Xiaomi’s subsidiary now stands for the amazing value for money for which Xiaomi was once known. No matter what you want to call it, the brand new POCO M3 apparently wants to be the best smartphone up to $150. And the signs are damn good. 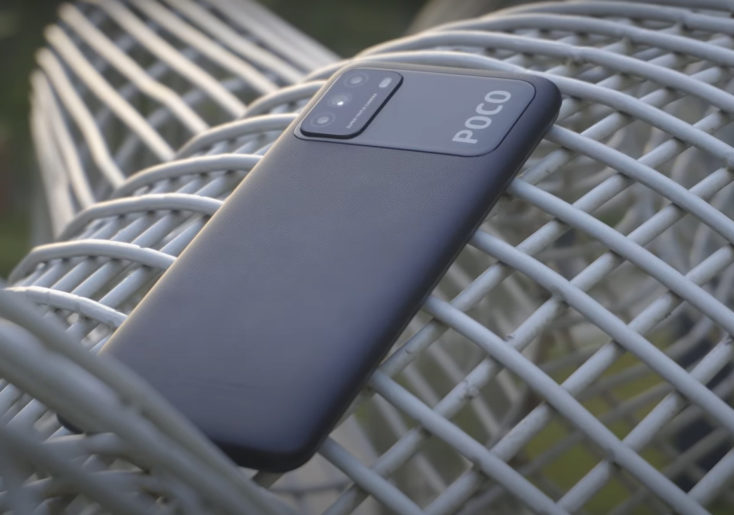 Apparently the POCO M3 is only available on friday and might not be available for shipping to the USA.

Technical data of the POCO M3

With the M3 POCO surprises in several ways, one of which is directly visible. On the front, you work with a Waterdrop-Notch, an almost forgotten design. The “drop” on the top side steals a few pixels from the surprisingly “small” 6.53 inch display and is slightly rounded. The display offers a resolution of 2340 x 1080 pixels in a 19.5:9 aspect ratio with a pixel density of 395 ppi. POCO specifies the contrast ratio as 1500:1, which indicates that it is an LCD panel. For protection, POCO uses Corning Gorilla glass 3, although the standard is now actually the fifth generation. This is still better than no gorilla glass. 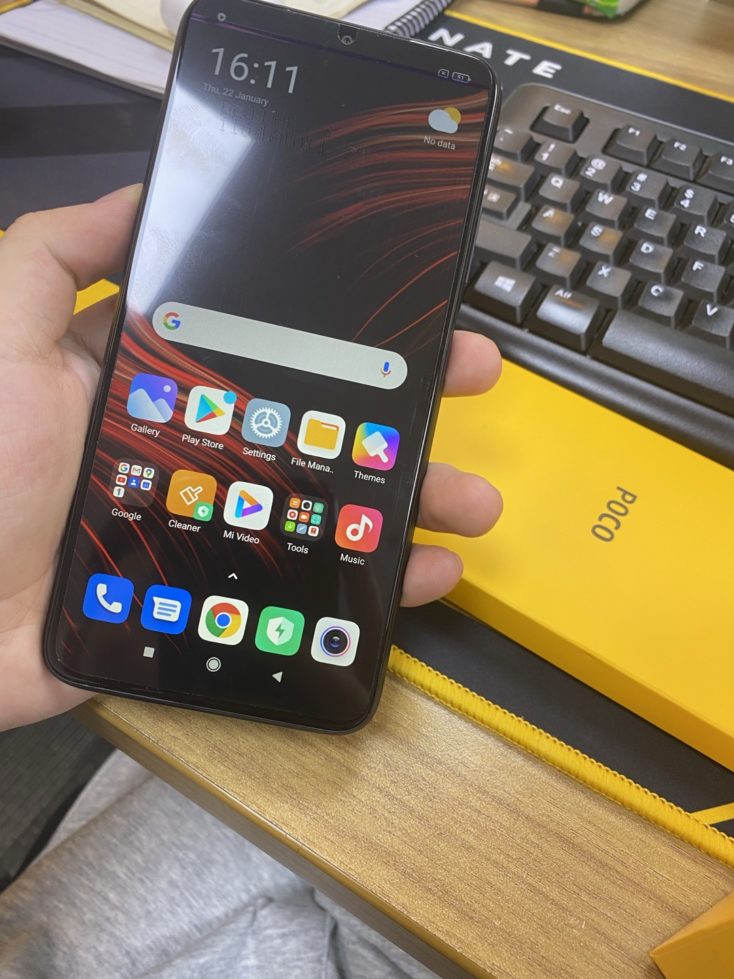 We have never seen the back of this shape before, but the POCO branding is as dominant as on the POCO X3 NFC. This is because the POCO M3 extends the camera module over the entire back, with the three lenses in the upper left corner and the POCO logo facing it. Unfortunately, this part seems to be prone to fingerprints, while the rest of the back is rather dull. The POCO M3 is suitably available in three colorways: Power Black, Cool Blue and POCO Yellow, which we hope to have for the review. POCO integrates the fingerprint sensor here on the right side of the case. 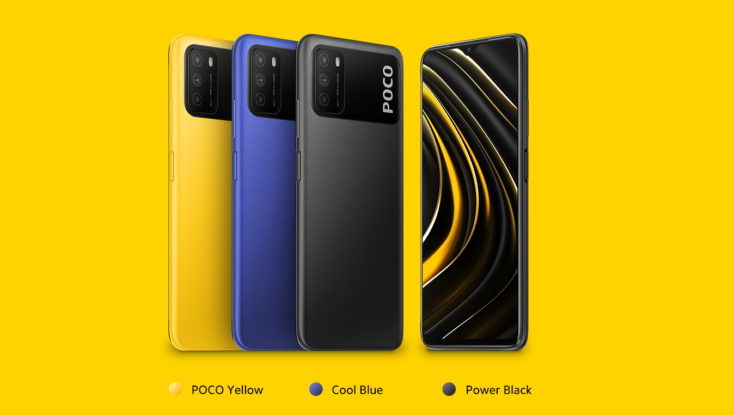 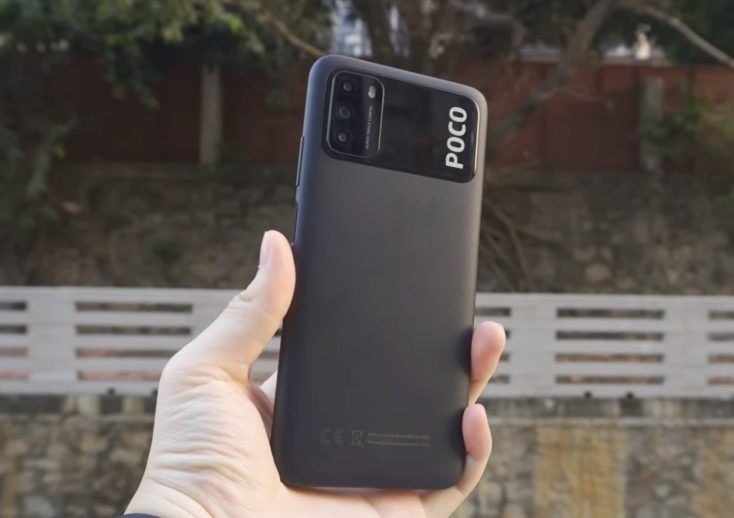 The POCO M3 also surprises with the Snapdragon 662 processor from Qualcomm, which offers eight cores with a clock frequency of up to 2 GHz and was manufactured using the 11 nm process. This is combined not only with an Adreno 610 graphics unit, but also with 4 GB LPDDRX main memory. For the mass storage, you can choose between 64 GB UFS 2.1 or 128 GB UFS 2.2 mass storage, which has a higher write speed than the older 2.1 standard. In both cases the storage space can be extended by microSD card. The performance should be in the lower midrange and easily sufficient for social media, web browsing and messaging, but more demanding games will only be playable on low to medium settings. 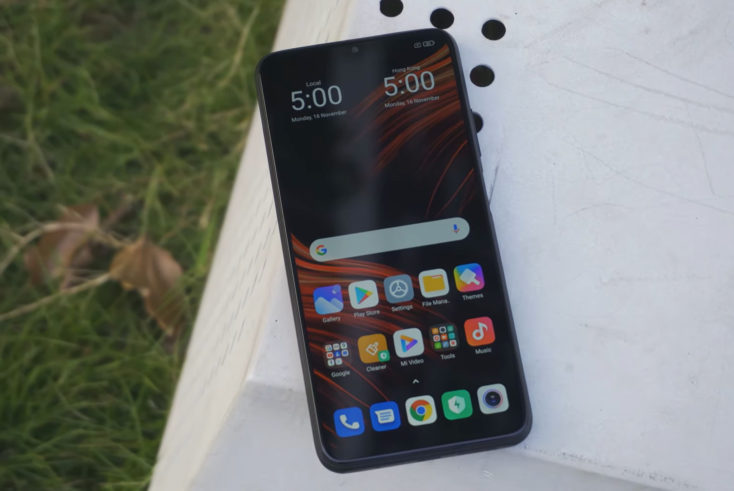 POCO would like to compensate for this with the huge 6,000 mAh battery. In combination with the relatively energy-efficient chip and the power-saving MIUI operating system we expect a very good battery life of even more than two days! If the battery is hungry for electricity, it can be quickly charged via USB-C port with 18W, although a 22.5W charger is included in the scope of delivery. Unfortunately, you have to do without wireless charging. 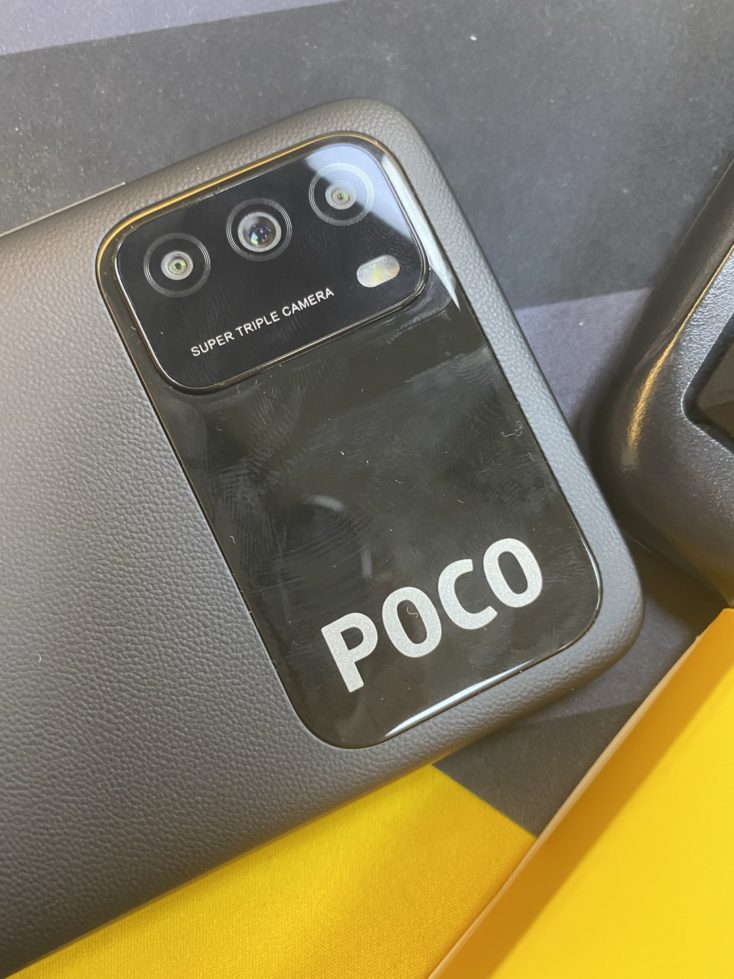 POCO saves a little on the camera, because you don’t just do without one of the four cameras that are now commonplace. No, you even do without the ultra-wide angle camera, which has almost become standard. Instead, the POCO M3 combines a 48 megapixel main sensor with a 2 MP macro camera and a 2 MP portrait camera. It is not known which main sensor is used, but the Samsung GM1 or GM2 sensor, which is used in the Redmi Note 9S for example, is conceivable. Nevertheless, Google Lens, a portrait mode, a RAW mode, the night mode and the video recording of 1080p videos at 30 fps. On the front is an 8 MP front camera with ƒ/2.05 aperture.

Even with Stereo Speaker

Even though the price of 5G smartphones has already shrunk massively, thanks in part to Xiaomi, the POCO M3 still has to do without them. This is absolutely bearable considering all the important LTE bands, especially since the budget POCO also offers Dual-SIM plus a microSD slot – great! Dual Band WiFi provides local Internet, Bluetooth 5.0, FM radio, GPS and A-GPS are also under the hood. A small highlight is the stereo speaker, which is certainly an absolute rarity in this price range. It’s nice that you don’t save on the wrong corners. But you also don’t have to do without a 3.5 mm jack connector. Apparently, but unfortunately, NFC is missing! 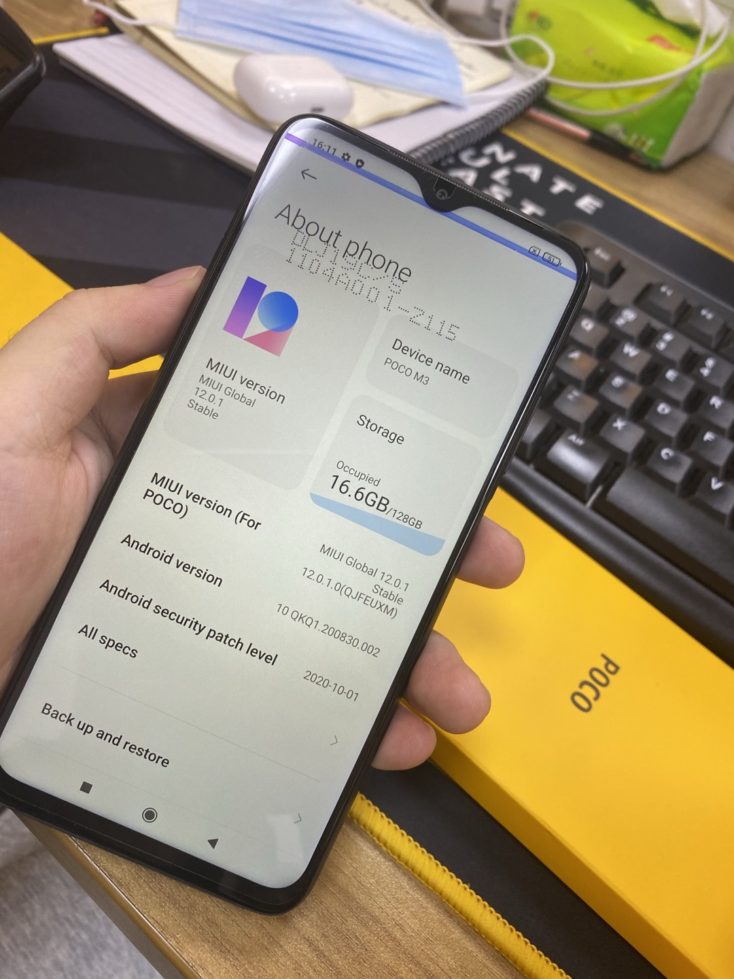 POCO uses its big brother’s software and thus also pre-installs the MIUI 12 operating system on the POCO M3. On top of this, however, you put your own POCO Launcher, which is even more reminiscent of Stock Android, without having to do without the essential Xiaomi services. In our experience, the update policy for Xiaomi & POCO devices is good to very good, which is why we expect a certain longevity from the POCO M3 despite its low price.

I’m sticking with it: All those who are put off by $1,000 devices like Xiaomi’s Mi 10 Pro should keep an eye on POCO. You get the same Xiaomi quality, a surface that is even better for my taste and an incredible price-performance ratio. After the POCO F2 Pro and the POCO X3 NFC, this seems to be the case with the POCO M3, which starts for just $129. From Xiaomi himself, you can only get a Redmi 9, which is good, but due to the Snapdragon 662 processor, the 6,000 mAh battery and stereo speaker, cannot keep up with the POCO M3. Good, except for the apparently missing NFC. But apart from that I really want to test the POCO M3. How good that it is on the way to us!