0 Kommentare August 21, 2021by Thorben
Hey, guys! Just a heads up: The linked offer is already a bit older and the price of the gadget might have changed or it might not be available anymore.

Even as a sub-brand of Xiaomi, POCO manages to position itself broadly. After POCO X3 NFC and POCO X3 Pro comes the third X3 smartphone. The POCO X3 GT focuses on a new design, faster charging and a processor that is new for POCO! 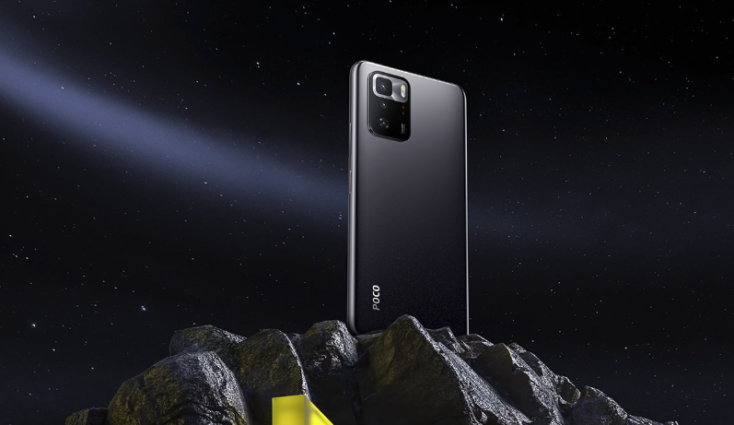 Not much has changed on the front. The front-facing camera can still remain in the upper center, the fingerprint sensor remains on the right side, and the screen’s edges are relatively slim. Only the screen diagonal shrinks a few millimeters to 6.6 instead of 6.67 inches. Nevertheless, the IPS LC display with 120 Hz refresh rate, 240 Hz touch sampling rate and the FullHD+ resolution of 2400 x 1080p remains. The display is even protected by Gorilla Glass Victus like in Xiaomi’s Mi 11. The screen automatically adjusts the brightness thanks to 360° ambient light sensors. 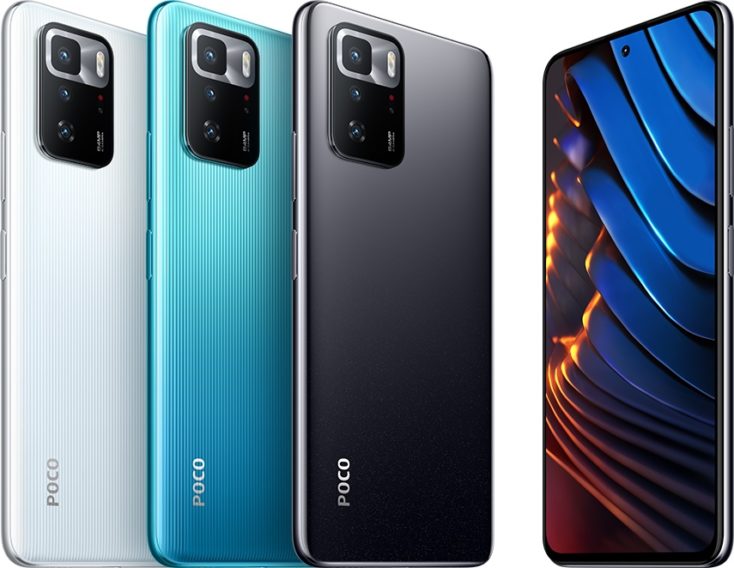 The back, on the other hand, looks much more like a Redmi than a POCO. The camera module with the silver accent reminds us of the Redmi Note 10 Pro, actually only the POCO logo at the bottom left assures us of the affiliation. The Wave Blue-colorway is also unusual for POCO, while Stargaze Black and Cloud White look familiar. The POCO X3 GT weighs 193 g and measures 8.9 mm in thickness, which makes it noticeably thinner than the POCO X3 NFC. However, you apparently have to do without an IP53 rating like in the “original” – a pity!

MediaTek processors have a tarnished reputation, but the Dimensity series could change that in the last few months. Xiaomi has probably noticed this as well, since the POCO X3 GT is equipped with the Mediatek Dimensity 1100 chip. It was introduced at the beginning of 2021 together with the Dimensity 1200, which is used in the OnePlus NORD 2, for example. The 1100 processor does not clock with 3 GHz like its bigger brother, but “only” with 2.6 GHz, but it is just as energy-efficient thanks to 6nm manufacturing and equipped with a 9-core GPU. In addition, there is 8 GB LPDDR4X RAM and 128 GB or 256 GB UFS 3.1 mass storage! 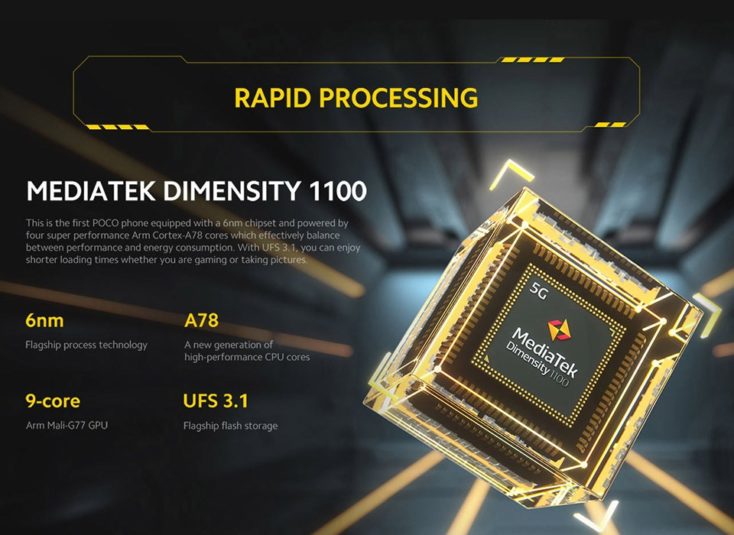 Thanks to the efficient processor, you can expect an above-average runtime of about two days from the 5,000 mAh battery despite the 120 Hz LCD. However, the charging is the special feature. POCO doubles the power and equips the X3 GT with 67W charging, the charger for which is even in the box. It is fully charged in 42 minutes, but 10 minutes at the socket already provides for about three hours of video consumption. Wireless charging is not possible.

Apparently, we are switching back to the 64-megapixel sensor as in the X3 NFC, while the X3 Pro shot with 48 megapixels. The main camera sensor offers an aperture of ƒ/1.79, so it does not necessarily seem to be the Sony sensor. The depth sensor is also removed and an 8 MP ultra-wide-angle camera and a 2 MP macro camera are implemented. Selfies are taken with 16 megapixels. 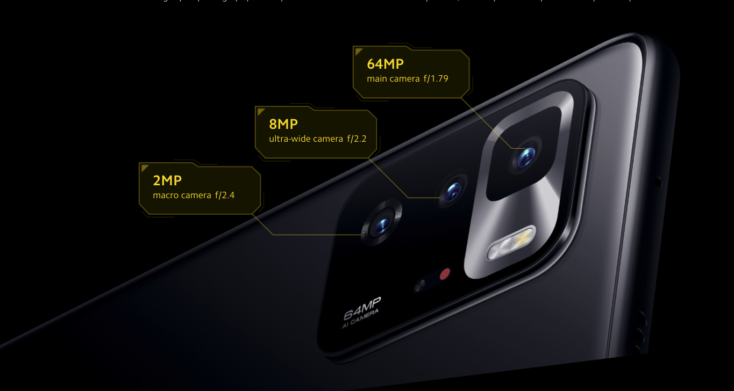 The POCO X3 GT is the first smartphone in the series to support 5G. The POCO F3 and the M3 Pro are ahead of the X3. All 5G frequency bands that are important for Germany are on board, but unfortunately not LTE. Despite the “Global Version” and EU connector, there is apparently no trace of LTE Band 20, so we can only say that after a test. Bluetooth 5.2, Wi-Fi 6, GPS, GLONASS and NFC for Google Pay are also included. As in the other X3 models, you also get a pair of stereo speakers here. In return, you have to do without a memory expansion and the headphone jack. 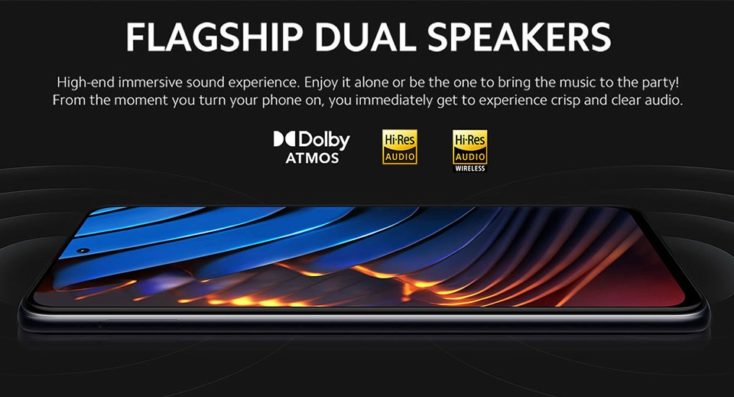 The POCO X3 GT 5G runs the MIUI 12.5 for POCO operating system. This is effectively MIUI with the POCO Launcher, which can also be downloaded from the Play Store. The interface is again based on Android 11, which should have all Google services including Google Play Store preinstalled. Since it is a global version, the entire OS should be usable in German.

The POCO X3 GT was officially introduced at the end of July and is now launched in the “Global Version” on AliExpress. We cannot really imagine that Band 20 is not integrated in a global release including Google & EU plug. Apart from that, POCO might have managed the even better X3 NFC here; the X3 Pro did not convince us quite as much due to the worse camera. However, the new processor, 67W charging, Gorilla Glass Victus and fast UFS 3.1 mass storage are top features for relatively little money.

What do you think of the POCO X3 GT?