2 Kommentare October 20, 2020 by Maike
Hey, guys! Just a heads up: The linked offer is already a bit older and the price of the gadget might have changed or it might not be available anymore.

Portable LED Displays are quite famous at the time. And why not? I think it’s a great idea to develop portable solutions for on the go. Just because I think a lot of people need and want to be able to do anything anywhere. Today we’ll compare two 15.6 Inch portable displays from Lepow. 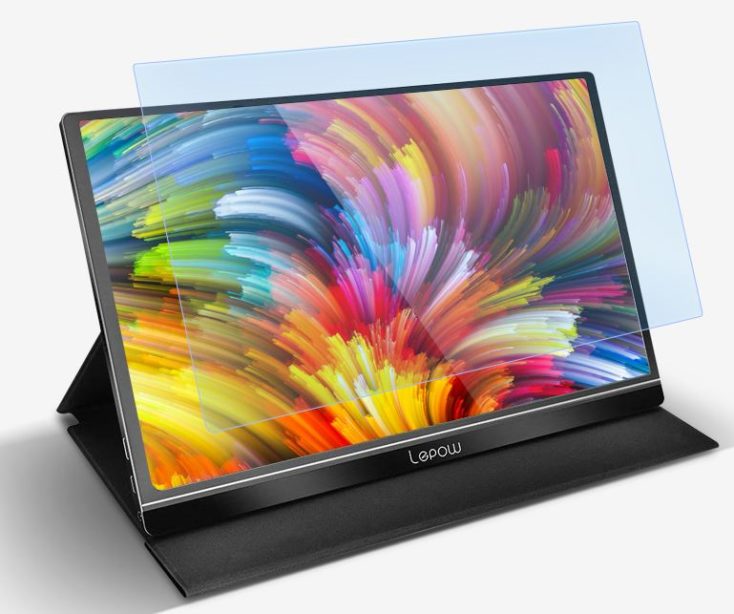 Both displays look quite the same, therefore we’ll just give you an overview of both of them in one article and focus on the differences.

Both displays are designed quite similar, but there aren’t too many ways to redesign something like this anyhow. From the outside there are hardly any differences, both models have a visual area of 344.16 x 194.59 mm and a total weight of 1.7 lbs.

Not only the size and actual viewing area are exactly the same, but also the amount of connections. Both displays have a USB-C and mini HDMI connector as well as a 3.5 mm audio port. Furthermore, there are two built-in stereo loudspeaker (1W), but I think you shouldn’t expect too much of them. 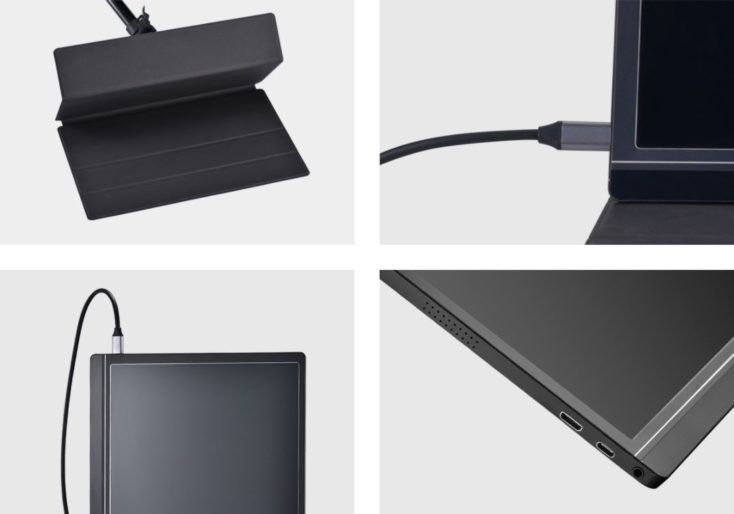 And to really make use of these connection possibilities Lepow also adds quite a large scope of delivery. Next to the display you’ll get a Mini HDMI to HDMI cable, a USB-C to USB-C cable, USB-C to USB-A cable for power supply, a smart cover, which will attach magnetically and for the 2020 Lepow Z1 Gamut an extra screen protector. 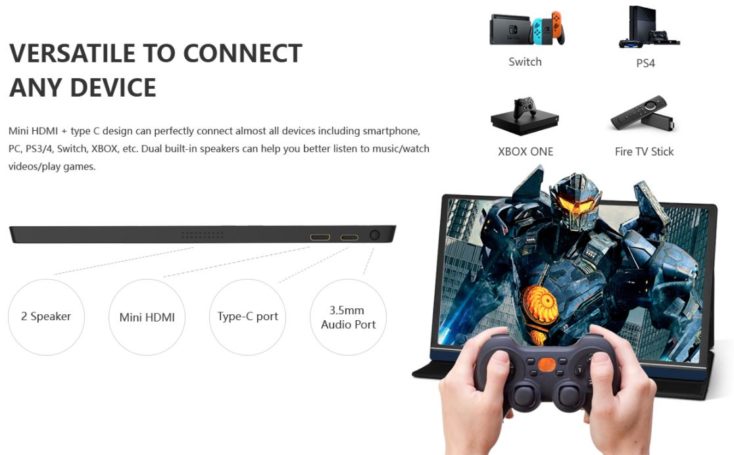 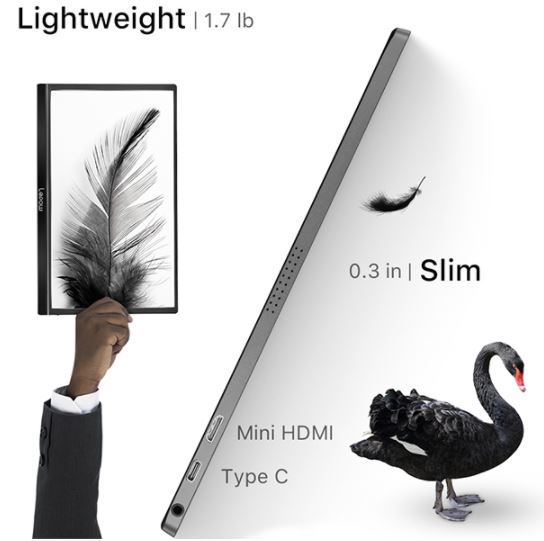 Special Features of the 2020 Lepow Z1

As already mentioned both displays are really similar. One of the exceptions is the upgraded color option for the 2020 Lepow Z1. The display has an embedded quantum-dot enhancement film, which upgrades the color gamut by 60% and increases the brightness by 20 cd/m². All in all you’ll have a 1000:1 contrast ratio, 320 cd/m² brightness and 16.7 M display colors. 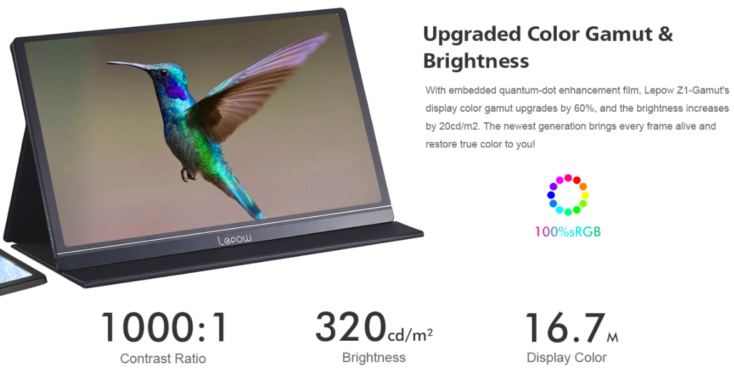 The upgraded monitor also offers a 178° viewing angle, so several people can watch the screen at the same time without having any problems seeing everything. 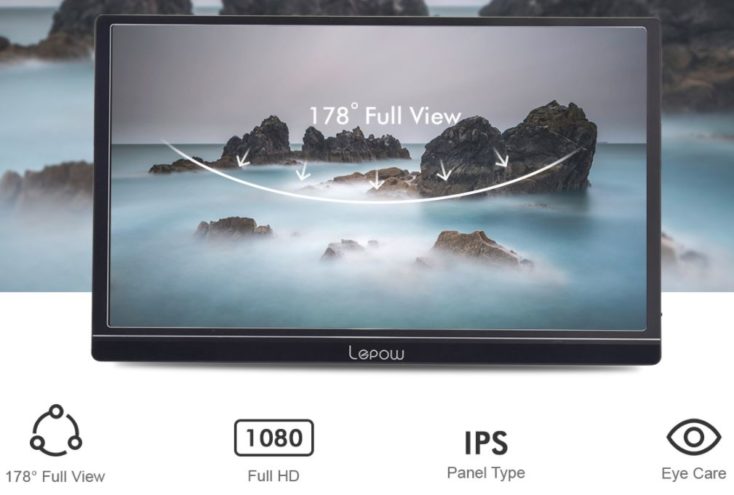 We already showed you a few options for portable displays over the years, like the WIMAXIT Display,  and the Lepow Displays are no exception. Personally I like the idea of just being independent from power sources and being able to play and watch wherever you are. The Lepow Displays both give you these option. As there are hardly any differences except the upgraded color display and viewing angle, I would say the choice depends on what you want to spend and if you really need just better colors for more money. But the price difference is hardly noteworthy therefore I would just recommend getting the upgraded 2020 Lepow Z1 version. What do you think?