The story of Pipi, the powerful shrimp

0 Kommentare April 10, 2019by Tim
Hey, guys! Just a heads up: The linked offer is already a bit older and the price of the gadget might have changed or it might not be available anymore.

You never roam through the China shops without finding anything, somewhere something crazy opens up. But when I saw this, I couldn’t believe my eyes anymore. Perhaps the most blatant find since there were advertising mistakes, probably thought up under various substances by the shop owners: The story of Pipi, the powerful shrimp. 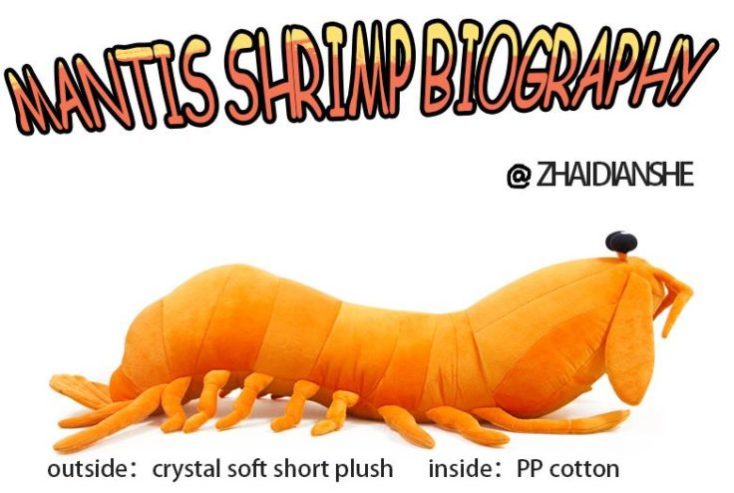 Due to a stupid mishap in online shopping, the soft toy company “Fish n Toys” had ordered 100,000 soft toy shrimps instead of 10. The problem was that they came to life.

Li Ming, managing director of the company, had a great idea: “We simply tell the people in Beijing that there is only one shrimp in the assortment that could give you world dominance.” Said, done.

So little Chen-Po set out in search of the one powerful shrimp.

But how do you find out what a good shrimp is and what it is not?

Chen-Po carried out further tests to be sure.

After spanking the shrimp’s buttocks, Chen-Po was sure with the respiratory mask: “This is the right shrimp for me – and maybe even the one powerful shrimp out of a million.”

He christened it “Pipi”, which he thought was a very nice name.

Chapter 2: Chen-Po and Pipi get closer

One evening Chen-Po even took his friend Pipi to bed with him.

Chen-Po was sad because Pipi didn’t seem to return his love when he took him to bed that night.

To enforce his will, Chen-Po did what he saw as the only right thing to do in this situation. And he forced Pipi.

So Pipi, because he is only a shrimp, gave in after a short time and obeyed Chen-Po.

After a short time Chen-Po was fed up with adult games and finally wanted to know if his Pipi was the shrimp that would lead him to world domination. So he decided to ride with Pipi to a shrimp test station.

But quickly the anticipation of the result was slowed down. Since almost everyone in Beijing wanted to seize world domination, there was heavy traffic on the roads to the shrimp testing station. Pipi and Chen-Po were in a traffic jam.

Pipi was annoyed by the traffic on the streets and started verbal and physical arguments with other shrimps.

The shrimp lost all of his battles against the other shrimp on the streets, making Chen-Po realize that his beloved Pipi was not the chosen shrimp to help him rule the world.

So he put Pipi on the street the same day and left him to his fate. Chen-Po bought himself dozens more shrimps, but he never found the one unique shrimp. Otherwise Chen-Po would dominate the world today with his breathing mask.

Chen-Po, we very much hope that you have completely changed your appearance in the meantime and that nobody you know or get to know will ever see these pictures. Because even though the sellers of these stuffed animal shrimp told you something else: You can be recognized in the pictures despite the respiratory mask. Nevertheless: You have given us great pleasure with these pictures, but don’t continue like this.

You can find the complete product description here. Just in case you think we made it up ourselves. No, it’s really advertised on AliExpress!