0 Kommentare May 13, 2019by Jens
Hey, guys! Just a heads up: The linked offer is already a bit older and the price of the gadget might have changed or it might not be available anymore.

The Chinese electronics manufacturer Anker presented the third generation of its PowerIQ rapid charging standard on 8 May. With the new technology, theoretically up to 100W power is possible. The first device to support the new standard is the PowerPort+ Atom III (2-port), a charging adapter that will be available from the end of May. 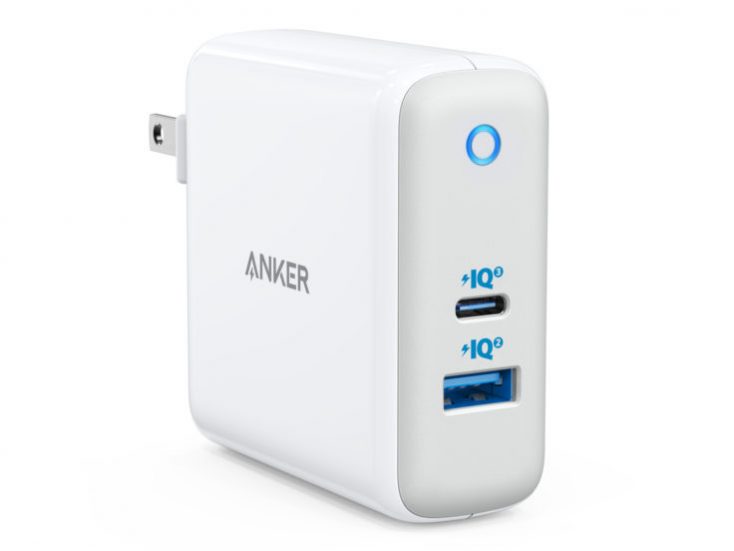 Charge up to 60W and two devices

The charging standard supports 100W as mentioned in theory, in practice the maximum output varies depending on the device. The PowerPort+ Atom III delivers up to 60W, enough power to charge a smartphone and laptop simultaneously at maximum speed. The fast charging technique is based on the use of GaN semiconductors (gallium nitride) instead of silicon.

Externally, the adapter resembles its predecessors such as the PowerPort II, which always reached 49.5W with PowerIQ 2.0. The adapter is almost 7 x 7 cm in size, less than 3 cm wide and mostly in chic white. On the first photos you can see a US mains plug. In addition, there are again two connectors: The USB A output with PowerIQ 2.0 delivers up to 15W, the USB C output above with PowerIQ 3.0 up to 45W – and according to the manufacturer at the same time! 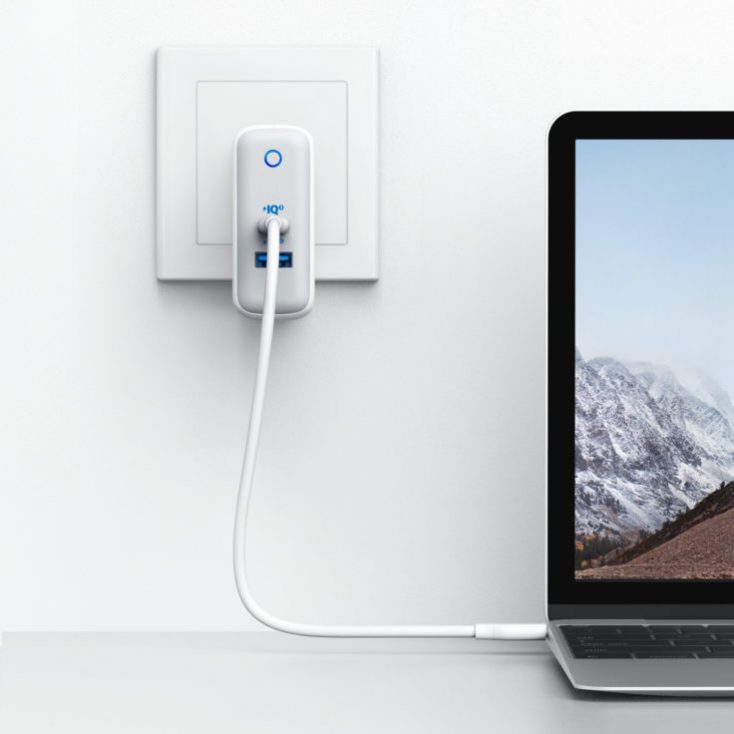 The official price of Anker itself is 42.99 USD, but the adapter is already listed on Amazon.com. A market launch for Canada and Europe is planned for the end of May 2019.

Long gone are the days when mobile phones and laptops had to be loaded for hours. Thanks to fast charging technologies it is often enough to connect devices to the mains for 30 minutes. The PowerPort+ Atom III goes exactly in this direction. Since Anker’s previous chargers also received generally positive feedback, we are also optimistic about the new model.