0 Kommentare December 28, 2021by Jens
Hey, guys! Just a heads up: The linked offer is already a bit older and the price of the gadget might have changed or it might not be available anymore.

The Powkiddy V2 is a small handheld console that can play classic games from the 80s and 90s. The low price – compared to other consoles – is especially eye-catching. But is the device any good? 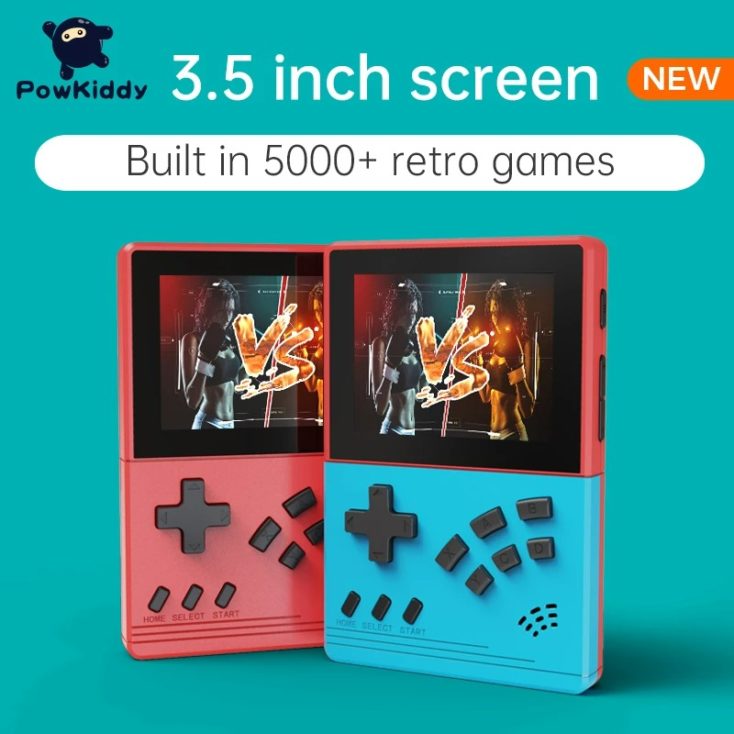 Small console for a small price?

Anbernic recently launched the Anbernic RG552, a console with a 5 inch display for over 200€. If you can’t breathe at such prices, you’ll be happy to see that the Powkiddy V2 is priced at around 30€.

Inside is a G10S CPU, which is supposed to support games up to the SNES generation. It shouldn’t be able to do much more than that, and according to the first videos I’ve seen about the console, even the installed games don’t all run smoothly. The display has a pleasant, average size of 3.5 inches (it was only 2 inches on the Powkiddy A66) and a resolution of 320 x 240p.

The 1,200 mAh battery is supposed to last up to three hours, and there is at least a Type-C USB port for charging. There is also a headphone jack on the top. The arrangement of the buttons is also striking. Besides A/B/X/Y, there are also C and D. The added value of this position is obvious. However, the added value of this position is not clear to me, especially since many of the old games only need two buttons. 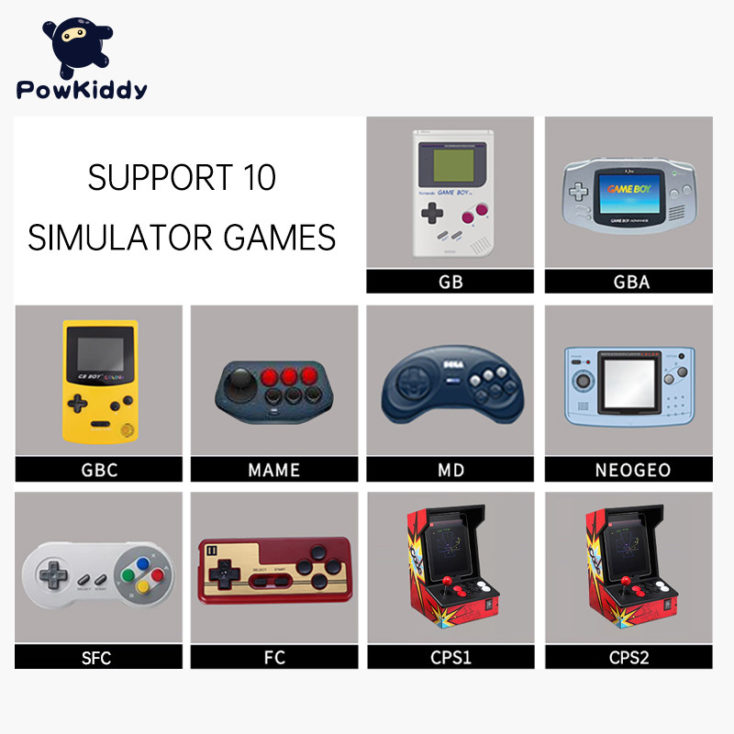 Not much needs to be said about the thousands of games advertised here at stores like Banggood and AliExpress. The number is supposed to suggest a game variety that does not exist in reality. From experience, most games are Japanese or Chinese versions in multiple versions and completely uninteresting for German buyers. Many games are also simply bad. Navigating through the list is not necessarily fun.

Maybe it’s too early for a verdict, but I’m not convinced by the console. The price is especially interesting. Is that argument alone enough, especially since other consoles aren’t that much more expensive? I’m not so sure.